Eeek... Chinese police had to come and shut down the VS after party

Well, that was a mess.

There were many problems with the Victoria's Secret fashion show.

Not only was one of its main model, Gigi Hadid, banned from flying to China, but also one of their acts, Katy Perry.

There seemed to be a lot of mishap throughout the week that the angels were there... and we don't blame them for wanting to shake it up and let loose at the VS after party.

Except, they were barely allowed to do that since police came and shut down the glitzy event.

The party started just after 9pm and by 11.45pm, police were knocking on their door, asking them to leave.

According to WWD, not long after the party's DJ Victor Aime started playing, the police wanted them to finish. 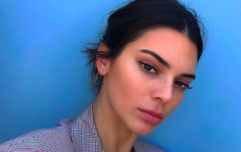 END_OF_DOCUMENT_TOKEN_TO_BE_REPLACED

A source said the DJ had to announce over the microphone: “They want us to finish. We are sorry, we tried."

They added that "a number of uniformed police officers" then started to make their way in to the venue at the Mercedes-Benz Arena to throw the crowd out.

Girls With Goals || Her · Ep.151: 'A Story Shared' - Aoife P. Rafter on blogging during a pandemic and living with CF
popular
"I don’t know where I’d be without her:" Paul Mescal chats new girlfriend in candid new interview
Zoe Alexander Says X Factor Made Her Look Like a 'Fool'
QUIZ: Can you guess the TV show from the kitchen?
Ex-housemate has no sympathy for I'm A Celeb's Jordan North - because he let her gerbil die
AOC weighs in on Harry Styles' Vogue cover, says he looks "bomb"
Nutella have launched their first ever Christmas jumper - and it's v cute
Short women and tall men make the happiest couples, study claims
You may also like
6 months ago
Victoria's Secret to permanently close 250 stores across the US and Canada
1 year ago
Victoria's Secret has (finally) hired its first plus-size model, Ali Tate-Cutler
1 year ago
Apparently Victoria's Secret perfume works as an unreal insect repellent
1 year ago
Over 100 models sign open letter to Victoria's Secret concerning 'safety and wellbeing' of employees
1 year ago
Victoria's Secret hires its first transgender model, Valentina Sampaio
1 year ago
Victoria's Secret has announced that it will close 53 stores this year
Next Page