Emily Atack just landed herself a deadly new job, and we're so excited

It looks like the fabulous Emily Atack has landed herself a gorgeous new job, and we're delighted for her.

END_OF_DOCUMENT_TOKEN_TO_BE_REPLACED

And so, that left the position open, and it has been filled by 2016 favourite Adam Thomas and last year's runner-up Emily Atack.

No better people for the job!

The duo will be joined by comedian Joel Dermott, who appeared on Adam's 2016 series.

So that should be gas.

"Adam will fit it well on the show due to his years appearing on soaps."

"Adam showed how brilliant he was on camera during his time on the show and has plenty of TV experience from his years as an actor." 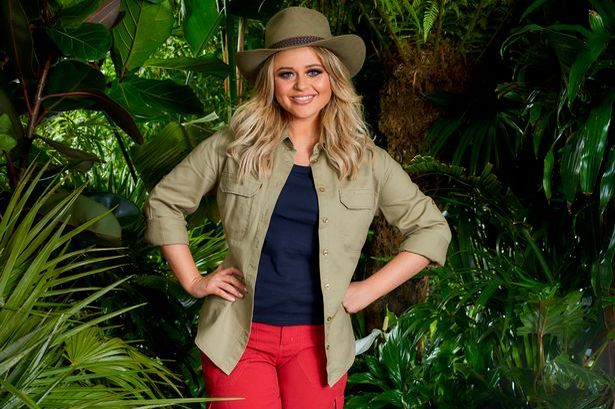 END_OF_DOCUMENT_TOKEN_TO_BE_REPLACED

"He also knows the jungle inside out – and is sure to have great banter with Joel and Emily. Adam couldn’t believe his luck as he found out and can’t wait to start."

There has also been quite a bit of talk about the lineup for the new series, but nobody has been confirmed just yet.

Paul Hollywood's ex Summer Monteys-Fullam is apparently keen to join the I'm A Celeb family, following her split from her master baker boyf.

And in an excitingm but unsurprising twist, the Love Island stars are hotly tipped to be joining the show.

Maura Higgins is a favourite with her odds slashed to 1/3, while Dani Dyer and Wes Nelson, who appeared on last year's series, are currently sat at 2/1.

Maura, Queen of Ireland and the jungle?

popular
Lidl closing early this weekend to thank staff for hard work
Tributes paid to Limerick based blogger and model Patrick McLoughney
Squid Game fans spot massive clue in Tug of War game
Here Are The Top 20 Most Common Pin Codes in The World
The First Quadrillionaire? Paypal Accidentally Gives Man $92 Quadrillion
Someone has ranked the penis size of men from all over the world
This TikTok hack shows you how to pack more despite baggage allowance
You may also like
4 months ago
Love Island's Tommy Fury is getting the nod for this year's I'm a Celeb
10 months ago
Police investigating I'm A Celeb over fears non-native creatures are escaping
10 months ago
Ex-housemate has no sympathy for I'm A Celeb's Jordan North - because he let her gerbil die
10 months ago
Vernon Kay appears to be name dropping every celebrity on the planet on I'm A Celeb
10 months ago
'Ghost' spotted on first night of 'I'm A Celeb' at Gwrych Castle
10 months ago
I'm a Celeb's Jess Plummer "secretly" split from boyfriend before show
Next Page