We finally know Emily in Paris' age - and she's almost 30

Since the release of Emily in Paris in 2020, fans have long speculated on the age of its main character Emily Cooper.

Even Lily Collins, who plays Emily in the show, previously admitted she had no idea what age Emily was supposed to be and joined in on the speculation.

END_OF_DOCUMENT_TOKEN_TO_BE_REPLACED

In an interview with Vogue, she said: "I don’t believe we’ve ever given her a specific ‘number’ for her age, but I believe that she’s pretty fresh out of college.

"Maybe this is her first year after graduation. I want to say she’s like, 22-ish."

Unsurprisingly, many fans of the show were pretty shocked and took issue with Emily being so young, saying it was totally unbelievable and unrealistic. Let's face it, the girl has accomplished a lot for someone who's only just graduated from college. 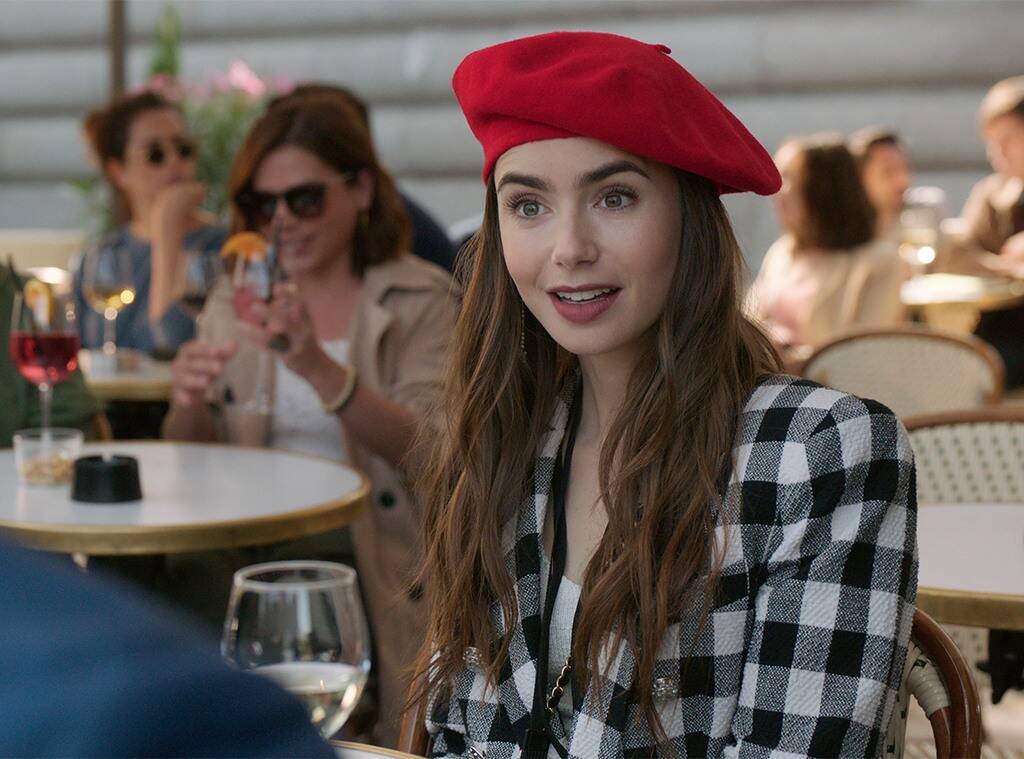 Firstly, Emily likes to mention the fact she has a Master's degree as well as an undergraduate degree and she seems to have a decent amount of work experience under her belt too.

She's also built up a great reputation at her job in Chicago - and she must have made quite the impression for her employers to trust her enough to send her to Paris to improve the French office.

Plus she's got a crazy amount of expensive outfits and designer clothes, which isn't too common among those of us fresh out of college.

After realising how things didn't quite add up, Lily apologised by posting a meme to Instagram, although she still never clarified what age Emily actually is. 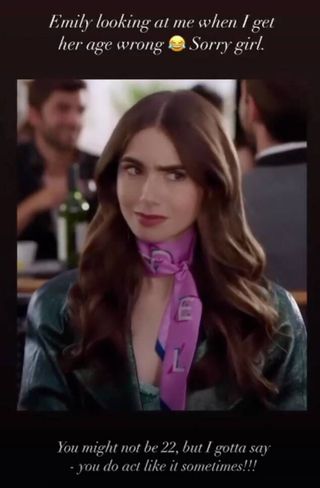 END_OF_DOCUMENT_TOKEN_TO_BE_REPLACED

Now, finally, the mystery has been solved in episode three of season two, which takes place on Emily's birthday.

When Emily is strolling through a shopping mall, she receives a message from one of her Instagram followers reading: "29 years jeune! Happy Birthday @EmilyInParis!"

The message flashes on the screen for a second, so it's easy to miss, but we're glad we finally have an answer.

And Emily being in her late 20s makes way more sense, even if she does act like a teenager at times.

Emily in Paris seasons one and two are currently available to stream on Netflix.

popular
Cavan parents remember teenage son as "character of the family" on emotional PrimeTime interview
GPs will not be included in pandemic bonus payment
These are the top baby names for 2022
Madeleine McCann investigators say they've found new clues that could "heavily incriminate" suspect
Gardaí investigating woman's death after body found in apartment
Emmerdale star Toby Kirkup died hours after being discharged from hospital, inquest finds
People are only realising Kendall Jenner and Gigi Hadid are related and the reactions are gas
You may also like
1 week ago
Season 2 of Cheer lands on Netflix tomorrow
1 week ago
Netflix's new thriller Mother/Android is leaving viewers in tears
1 week ago
What we can expect from Emily in Paris seasons 3 and 4
1 week ago
Selling Sunset's Chrishell addresses criticism over "annoying" personality on show
1 week ago
Everything we know about Ozark season 4
1 week ago
The Puppet Master: New Netflix docu-series could be your next true crime obsession
Next Page