Emily in Paris: Everything you need to know about the Sex and the City-esque Netflix show

For a considerable chunk of this year, shoots have been cancelled, production has halted, and series have been left in limbo as the coronavirus pandemic called stop on, well, pretty much everything.

END_OF_DOCUMENT_TOKEN_TO_BE_REPLACED

Thankfully, there is still an abundance of great TV coming our way for the time being - including a new series from one of the creators of Sex and the City, Darren Star.

Emily in Paris is a Netflix romantic comedy starring Lily Collins all about (you guessed it) a girl named Emily living it up in Paris, working hard and playing even harder, probably.

According to Netflix, "Emily's new life in Paris is filled with intoxicating adventures and surprising challenges as she juggles winning over her work colleagues, making friends, and navigating new romances.”

We wouldn't expect anything less from an SATC alumnus, in fairness. 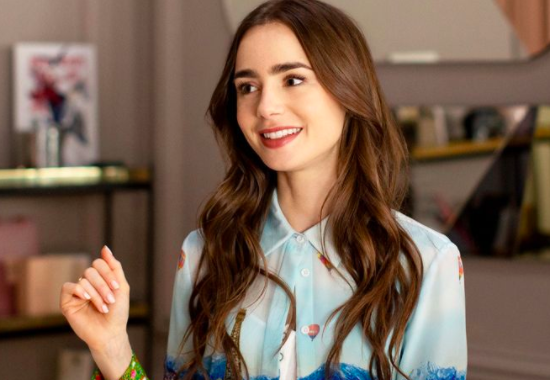 END_OF_DOCUMENT_TOKEN_TO_BE_REPLACED

The upcoming series, expected to drop this autumn, stars Collins as the “ambitious 20-something marketing executive from Chicago."

Having just landed her dream job in Paris, Emily ups and leaves for a life that is unfamiliar, challenging, and entirely enthralling.

Netflix have yet to grace us with a trailer for the series just yet, but from what we can gather from Collins' social media, Emily in Paris is going to be chic, sophisticated, fun, and entirely focused on fashion.

Again, it wouldn't take much to know that Darren Star was involved in this project.

Work is HARD. Can’t you tell?? Still can’t believe we get to spend all day together and it counts as a job. Love my @emilyinparis girls... pic.twitter.com/UmbCkyIXUN

Star also serves as writer and executive producer on Emily in Paris, while Collins is also a producer.

The entire series was shot on location in Paris too, so if you were at all concerned about not getting an authentic Parisian experience, never fear.

"MTV Studios and I couldn’t hope for a more perfect home for Emily in Paris than Netflix," Star said recently. "With their international reach, we are excited to share Emily with audiences around the world.”

Emily in Paris season one will have 10 episodes of 30 minutes each. It is expected to air this autumn.

popular
Irish girls name was the most used Irish name in the United States last year
Ofcom receives 75 complaints over Jacques' treatment of Ekin-Su
Michael Owen hilariously responds to Love Island's heart rate challenge
Prince William shouts at photographer who was "stalking" his family
Love Island: Danica sets her sights on Andrew as Luca asks Jacques about his relationship with Gemma
Another of Gemma Owen's family could be headed for a reality show
Victoria Beckham recalls moment she was weighed on live TV
You may also like
6 days ago
Selling Sunset star quits show as it's renewed for two more seasons
1 week ago
WATCH: Netflix's latest true crime Girl In The Picture looks seriously intriguing
1 week ago
WATCH: The first trailer for Blonde, the first adults-only movie made by Netflix
1 week ago
WATCH: First look at Ana de Armas as Marilyn Monroe in Blonde
2 weeks ago
WATCH: New Netflix period drama is the perfect binge-watch for Bridgerton fans
2 weeks ago
Kim Cattrall is returning to our screens in new Netflix show all about the beauty industry
Next Page