We were left on a bit of a cliffhanger.

Cast your mind back to almost a year ago, when – at the end of Emily in Paris season 2 – Emily had to make a huge decision: will she stay with Sylvie, and join her new marketing firm, or will she fly back to Chicago and work with her old mentor Madeline?

As well as this conundrum, Alfie – Emily's hot, British banker boyfriend has been summoned back to his London office, leaving Paris – and Emily behind. But as Emily has realised that actually, she is madly in love with Gabriel – only to realise he is back with Camille – who knows what will happen next...?

END_OF_DOCUMENT_TOKEN_TO_BE_REPLACED

The good news is that we already know Emily in Paris season 3 is in the works – in fact, sources close to the show claim it might be close to wrapping – meaning we might be able to expect the net instalment of the show to land on Netflix this Christmas season.

Season 3 – what we know so far

Once season 2 of the show dropped late last year, Netflix was quick to confirm there would indeed be a season 3 – and they have also since said the show will continue into a season 4 too.

And while not much is know yet about season 3, Lily Collins herself shared a few glimpses on her Instagram this week and honestly, hurry up already, Netflix.

END_OF_DOCUMENT_TOKEN_TO_BE_REPLACED

"First look at @emilyinparis Saison Trois!! Get ready for new looks, new locations, new love triangles… Merci France for being a home away from home and embracing us yet again. So proud of this cast and crew and cannot WAIT for you all to see what our girl Emily gets up to! Get ready for another wild ride…"

As for the cast, we know that Lucien Laviscount has confirmed he will be back as Alfie – and shared the news on his Instagram a while back.

Talking to Grazia previously, Lucien said he loved filming the second series, and speaking about Emily - aka Lily Collins, who is an executive producer on the show - he said: 'She opened the doors with open arms and that filters down for the rest of the cast and crew.' 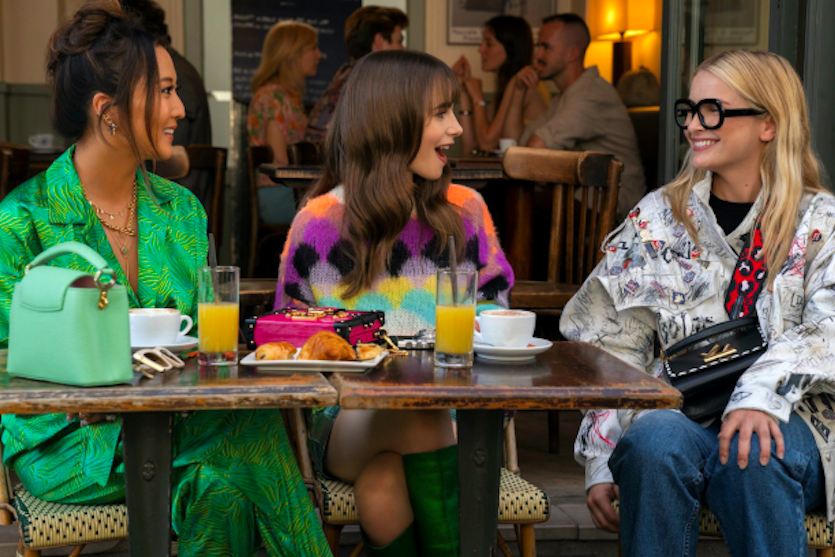 Emily in Paris season three might still be filming, but we don't actually know too many plot details including the result of that big decision.

"She has reasons to pick a number of doors at the end of season two, and our challenge is deciding which of those doors she's going to choose and why. That's what season three is going to be about," creator Darren Star told TVLine.

"When you live in a foreign country, one of the questions is, where's your heart?" he added. "Is it the place you came from, or the place you are at the moment? Emily is going to be struggling with that as well." 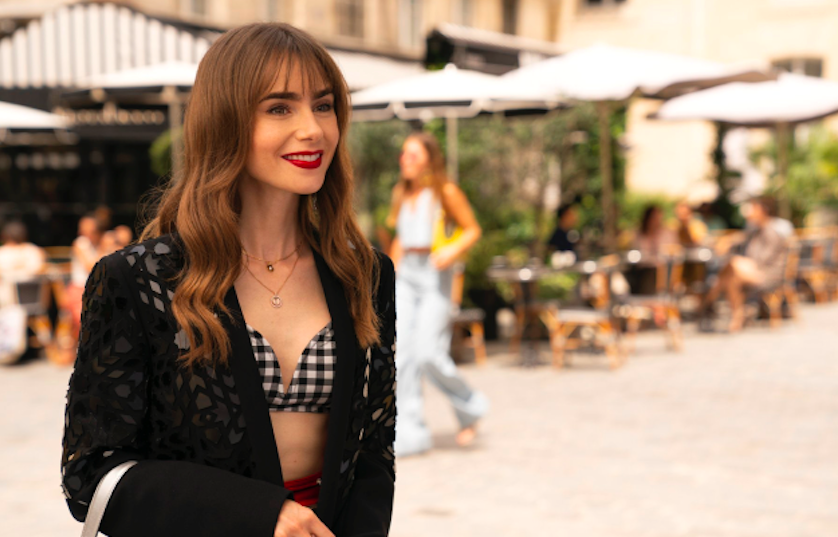 Emily outside of Paris?

During an interview on The Tonight Show with Jimmy Fallon back in March, Collins was asked what she made of the online petitions from fans who want Emily to travel to different cities- and she wasn't opposed to the idea.

"Honestly, I would go all over the world with it, if I could," she said. "But the one thing is, like, I just want to go to streets where you can wear flats — because wearing heels, I mean, you wouldn't think how painful that can be in Paris.

"I actually literally went to a podiatrist every week to fix my feet because I was wearing heels all the time," she added, noting: "I had to have, like, insoles made for every pair of shoes."

Producer Darren Star has also confirmed that season three will take Emily and Co to some new locations outside of Paris.

"We're always thinking about how we can show Paris," he told Variety. "It's not hard to make Paris look amazing, because it is, from wherever you look or wherever you point the camera. We will always want the story to drive locations. but we have some some really beautiful locations lined up for season three in France, not just in Paris."

popular
He may be a politician, but Leo Varadkar's personal life is none of our business
Should pit bulls be banned in Ireland? Parents express concerns after recent attacks
Parents told to stop buying selection boxes for kids- here's why
EastEnders' Samantha Womack "thankful" as she is now cancer-free
This Netflix Christmas film is being dubbed the perfect rom-com
"I slept with your fella": Vogue speaks out about ex's cheating
Gwen Stefani reportedly pregnant with baby number four
You may also like
3 days ago
This Netflix Christmas film is being dubbed the perfect rom-com
3 days ago
The trailer for Harry & Megan has finally dropped
1 week ago
This is the date we'll get to see Prince Harry and Meghan Markle's Netflix series
3 weeks ago
The Crown stars hit the red carpet for season 5 premiere
3 weeks ago
Netflix renews controversial Monster series for 2 more seasons
4 weeks ago
WATCH: The trailer for Dead to Me is here
Next Page