It cannot be, but unfortunately it is. Tonight marks the season finale on the first ever series of Derry Girls. The final episode will air tonight on Channel4 at 10pm and it is safe to say emotions are running high as people wonder what they will do without their fix of Erin Quinn and the gang.

Now although thankfully the TV show has been renewed for a second series, with even Nadine Coyle joining the stellar line-up of talented actors - it still isn't helping people's sorrow as we bid farewell to the series for awhile after tonight. 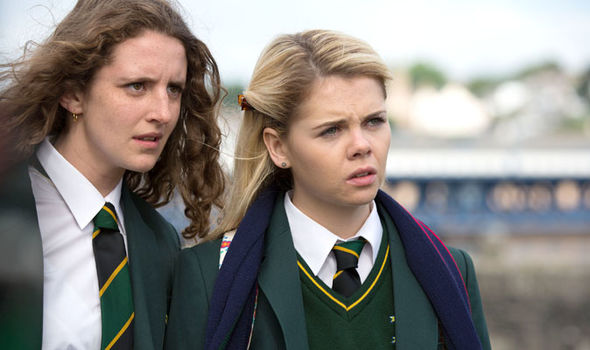 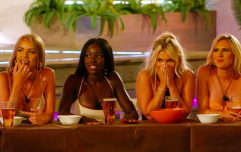 END_OF_DOCUMENT_TOKEN_TO_BE_REPLACED

Over the past five episodes we have grown quite fond of many things, from Fionnula's chippy to Tommy Tiernan as the people pleasing "Jerry", to Michelle Mallon and her love for a drink and some techno, it will be sad to say goodbye, and people of Twitter have taken to the platform to share their feelings on just that very thing.

If anyone needs me tomorrow I'll be at home mourning for this series of Derry Girls. The next season better be like ten hours long. Let's put Netflix money into that instead of another season of House of Cards.

Absolutely love these girls and all the cast and crew! Can’t believe it’s the last episode tonight#derrygirls #myirishfamily #rollonseason2 pic.twitter.com/GX0xJuoL6V

It’s the final episode of #DerryGirls tonight, a wile situaaaaation if ever I came across one pic.twitter.com/SMnPqmQw3n

90 minutes until the final #DerryGirls of the series. I'd ask how I'm going to cope, but I'll just watch the series on repeat until series 2 comes out. Just love that show!

It's the last #Derrygirls in the series tonight - 10pm Channel 4. My favourite episode. pic.twitter.com/9AZqjcaEQl

Roll on tonight! We too #cantcope.

popular
Traditional names such as Mary, Maureen, John and Michael may soon be extinct
Texas student says she "played dead" during school shooting to survive
First case of monkeypox confirmed in Republic of Ireland
Young mum packs her bags and travels the world with 3-year-old son
Viewers praise Dermot Kennedy for "powerful" performance after Late Late Show finale
Doctors urge women not to follow Kourtney Kardashian's 'semen' fertility advice
This girl absolutely SCHOOLED this guy for sending an unsolicited dick pic
You may also like
1 week ago
WATCH: The trailer for Everything I Know About Love is finally here
1 week ago
The Toy Show Musical is looking to cast young girl in lead role
1 week ago
Derry Girls fans in bits following emotional season finale
1 week ago
Harry Styles to become next star to read a CBeebies bedtime story
1 week ago
Season 3 of Bridgerton will be all about Penelope Featherington
1 week ago
Conversations With Friends tackles sexuality the way Normal People tackled sex
Next Page