If there's one thing that people like, it's a vaguely attractive doctor on a reality show.

And while everybody's been absolutely sick of Dr Alex's shit for the last eight weeks or whatever, last night Love Island fans had a suspicious amount of time for him.

Mainly due to the fact that his mate Chris was there and Chris is a bit of alright.

Like he's grand... if you're into the whole tall, dark, handsome, and not socially awkward thing.

Which apparently a lot of people are. Who'd have thought it?

END_OF_DOCUMENT_TOKEN_TO_BE_REPLACED

Chris showed up on last night's episode during the meet the parents show even though he is neither Alex's mother or father but sure look, someone had to do it.

He entered the villa alongside Alex's mother and, lo and behold, he was also a doctor, which prompted viewers to suggest that Alexandra should go for him instead of Alex.

Oh, and they also thought he was a ride and wanted him to sign up for Love Island next year. 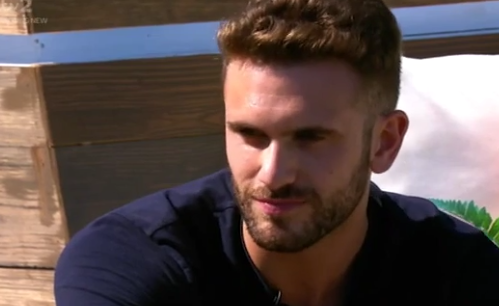 Who’s Chris? And why can’t he be Alex’s replacement #Loveisland

This came after Alex dumped Alexandra for the second time proving to the entire nation that he is, in fact, The Worst.

Viewers clearly thought so too because at the end of last night's episode the dumped the doctor from the island a day before the final.

And yeah OK, Alexandra had to go with him and she deserves better but sure look, you can't win them all.

The Love Island finale airs tonight at 9pm on 3e.

popular
Smyths issues warning to parents ahead of Christmas
So, William and Harry have a step sister... and who knew?
Netflix's true crime series Sins of our Mother is seriously insane
Popular Irish cafe bans customers wearing pyjamas
Everything coming to Netflix this October
9 movies on Netflix that are perfect for a lazy Sunday afternoon
Post Malone dramatically falls through stage during concert
You may also like
2 days ago
Love Island's Indiyah explains why she called a medic in the villa
2 days ago
Greg O'Shea opens up about "really bad" time as he suffered a mental health crisis
4 days ago
Love Island's Tasha lands yet another fashion deal
1 week ago
Liam Reardon shares impact of rumours following his split with Millie
1 week ago
Luca Bish and Gemma Owen not ready to move in together
1 week ago
Love Island's Mary Bedford involved in car crash
Next Page