Were you looking forward to the live-action remake of Aladdin?

Has the sight of a blue Will Smith as the Genie changed your mind?

END_OF_DOCUMENT_TOKEN_TO_BE_REPLACED

The trailer for Disney's new Aladdin movie has finally landed and honestly, the internet is not able.

It gives us our first look at Smith as the genie and just WOW.

He is the biggest name in the highly-anticipated release and had seriously big shoes to fill. 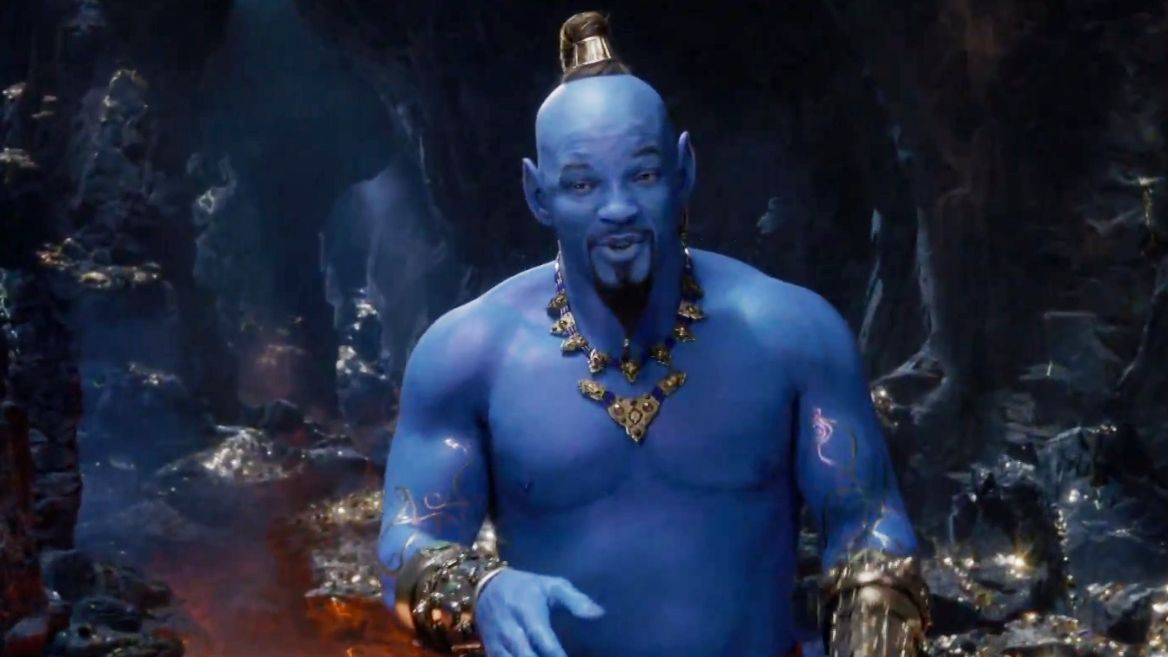 Taking on the role that the late Robin Williams made his own in the 1992 animated classic was always going to be a big challenge but it's safe to say that no-one's been paying attention to Smith's acting.

The consensus on Twitter is that seeing the actor as a blue CGI genie is just kind of terrifying.

Will Smith genie is what appears in my room when I have sleep paralysis pic.twitter.com/NzMDOgvkkz

Basically when I saw a blue Will Smith pop up on my screen #Aladdin pic.twitter.com/6SBGyeIZCh

Will Smith as Genie is straight nightmare fuel @LightsCameraPod pic.twitter.com/c2tyTdQW6t

Will Smith Genie gave me such a fright. Haven’t been this spooked since those Gushers commercials. pic.twitter.com/8qr8NlsaG2

When Will Smith’s face popped up on that poorly animated blue genie. #Aaladin #Grammys pic.twitter.com/mHMDcyQQau

The film will be in cinemas later this year.

popular
Woman killed in Clare crash named as Peggy Twomey, mother of Marty Morrissey
Gwen Stefani reportedly pregnant with baby number four
Nick Cannon's 5-month-old son Zen has passed away
Mrs Brown's Boys star Fiona O'Carroll split from co-star husband after 15 years
Someone has ranked the penis size of men from all over the world
Maura Higgins ends up in A&E with everyone's nightmare injury
People are losing it over Lana del Rey wearing a Shein dress on the red carpet
You may also like
1 month ago
Call The Midwife fans are going to love The Railway Children Return
1 month ago
Here's why Practical Magic beats Hocus Pocus as the best Halloween movie
1 month ago
"We've all lost people": Jamie Lee Curtis talks strong, female survivors in iconic films
2 months ago
Coco is officially the Ireland's favourite Pixar film, according to science
2 months ago
10 autumn-themed movies that are practically essential viewing this season
3 months ago
One of the best comedies of the last 20 years is coming to Netflix
Next Page