Not even 24 hours after news broke of Rihanna's pregnancy and fans are already convinced they know what gender her baby will be.

The singer announced she was expecting her first baby with A$AP Rocky, posing for a photoshoot in New York City as she showed off her new baby bump. 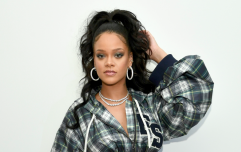 Take a look inside the killer gaff Rihanna just sold for €2.3 MILLION

END_OF_DOCUMENT_TOKEN_TO_BE_REPLACED

But now, fans are convinced that she dropped a major hint about her baby's gender while doing so, as she posed in a bright pink jacket unbuttoned and teamed it with brightly coloured jewels while showing off her bump.

Of course, as she wore pink in the shoot, some people have come to the conclusion that she must be having a girl because of it.

"Why do I feel like the pink Coat indicates that she's having a mini her, just tell us you're having a girl Riri #Rihanna #asaprocky," one person tweeted. 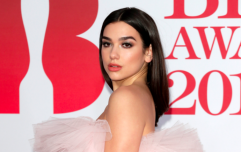 END_OF_DOCUMENT_TOKEN_TO_BE_REPLACED

Another wrote: "My favorite girl #Rihanna pregnant, looking so beautiful & glowing. I feel like she's giving us a hint with all that pink, it's going to be a girl?"

A third said: "I am a professional baby gender forecaster. I am usually ALWAYS right. Rihanna is having a girl."

A fourth added: "Im assuming Rihanna having a girl. That’s why the coat pink." 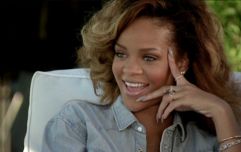 END_OF_DOCUMENT_TOKEN_TO_BE_REPLACED

Even if it's not a girl this time, Rihanna has revealed in the past that she wants a few children, so there's always time for her to have her baby girl.

While she's all loved up with A$AP Rocky now, at the time she added: "I feel like society makes me want to feel like, 'Oh, you got it wrong…' They diminish you as a mother if there's not a dad in your kids' lives.

popular
Vogue Williams slams man who refused to swap seats with her on plane
Crown Paints advert receives 200 complaints over 'misogyny' and 'everyday sexism'
This is the exact date the weather will get warm again
Man arrested on suspicion of the murder of Irish man in London
Adam Collard allegedly attacked on night out with Paige Thorne
Joe Swash helps 95-year-old woman and carries her to hospital
Are we getting a mini heatwave in September?
You may also like
1 month ago
The rise and rise of the micro fringe
3 months ago
Did Rihanna and A$AP Rocky *actually* get married in his new music video?
3 months ago
Rihanna shuts down the Met Gala without even attending
3 months ago
A$AP Rocky detained at LAX in connection to November 2021 shooting
4 months ago
Rihanna forced to defend maternity style after being labelled "indecent"
6 months ago
Rihanna is expecting her first child with A$AP Rocky
Next Page