Thanks to Nicole Kidman.

Ever since it began filming, fans have eagerly been awaiting some details about Big Little Lies' second season.

Which is why it's no wonder that everyone was sent into a frenzy this week with Nicole Kidman's latest look behind-the-scenes - which showed none other than Meryl Streep.

The photo, shared on Thursday, shows Meryl, Nicole and Cameron and Nicolas Crovetti - the twins who play Celeste's sons Josh and Max - cuddled up around an iPad.

She captioned the picture:

“First day on the set with Meryl and ‘my’ darling boys! #BigLittleLies."

It was confirmed earlier this year that the Oscar winning actress was joining the series as Mary Louise Wright, Celeste's mother-in-law (and Perry's mum).

According to the casting description, Mary Louise arrives in Monterey "concerned for the well-being of her grandchildren" and "searching for answers" about the death of her son, Perry (Alexander Skarsgard).

The role of Mary Louise was actually written for Meryl in particular - so much so that the character and the Oscar winner even share the same first name. 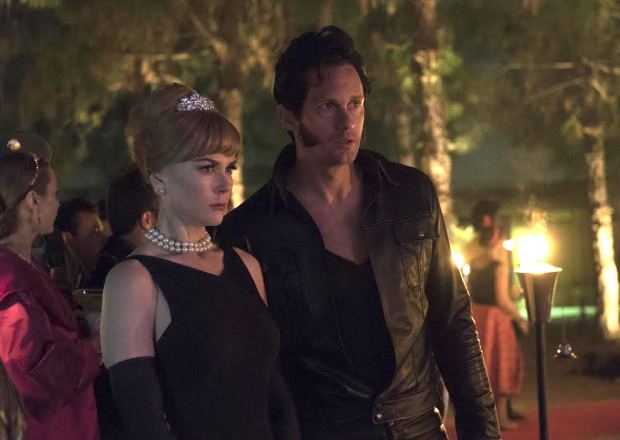 Liane Moriarty explained to the Daily Telegraph how she first approached the producers about casting the role - and the how it came to be.

Whimm report that she told the publication:

"I was about half way through [writing] and I was talking to the producers and I said, I've got this role of Perry's mother and … not quite believing my own audacity, I'd like Meryl to play this character.

"And the producers were laughing at me because they were saying, 'You've become so Hollywood,' as in, picking up the phone and saying, 'Get me Meryl.'

"They were teasing me… but then they were saying, it's not beyond the realm of possibilities because Nicole and Meryl are friends."

Thankfully, it all worked out in the end.

Girls With Goals || Her · Ep.160: The Beauty Of Coaching - Hayley Harrison joins us from Sport Ireland
popular
TikTok Trend: What is laundry stripping and does it work?
M&S just launched the designer collaboration of dreams – with the ONE dress everyone needs
Rosacea awareness month: 3 skincare products many rosacea sufferers swear by
Zoos, heritage parks, & nature walks: Here's what's opening on April 26
Here's what happens on every day of your menstrual cycle (roughly)
Kate Middleton has addressed the rumours that she's pregnant with her fourth child
TV host makes baffling remark about Meghan Markle's 'reaction' to royal family photo
You may also like
1 week ago
QUIZ: How well do you really remember the first episode of Grey's Anatomy?
3 weeks ago
Oscar-nominated actor George Segal dies aged 87
1 month ago
The Queen's Gambit is being adapted into a stage musical
2 months ago
Gina Carano has reportedly been fired from The Mandalorian
2 months ago
OFFICIAL: Peaky Blinders will end after the sixth season
3 months ago
WATCH: The trailer for the Silence of the Lambs sequel TV show is here
Next Page