Five amazing one season shows to binge-watch this Christmas

It's officially the time of year to dress up in your finest (or cheesiest) holiday jumper and settle in for some must-see TV (with the mince pies and Christmas pudding nearby, of course).

And while there's plenty of Christmas cinematic classics hitting the small screen this year, there's still nothing quite like delving into a new show.

END_OF_DOCUMENT_TOKEN_TO_BE_REPLACED

But, let's face it, waiting until the shows are back from the mid-season break is less than fun. .

So if you're finding yourself wondering what to watch next this Christmas season, look no further - we've got you covered.

Here are five of the best shows with just one season to binge-watch this Christmastime.

Where to watch? Hulu

END_OF_DOCUMENT_TOKEN_TO_BE_REPLACED

Inspired by the life of former Cosmopolitan editor-in-chief Joanna Coles, The Bold Type follows the lives of Sutton, Jane and Kat as they work for a global women’s magazine called Scarlet.

The charming (and pretty realistic) series follows the trio in New York as they try and establish their own voices.

It isn’t afraid to tackle the important and controversial issues - while still somehow maintaining a light tone.

And after it was recently renewed for seasons two and three, there’s no better time to catch up. 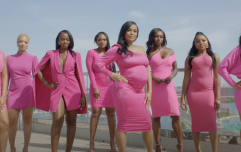 END_OF_DOCUMENT_TOKEN_TO_BE_REPLACED

Where to watch? Amazon Video

The fantasy drama, based on Neil Gaiman’s novel of the same name, was renewed for a second season after just one episode - so you know it’s going to be good.

It focuses on a man named Shadow Moon, who encounters a mysterious stranger named Mr Wednesday after he gets released from prison.

He inadvertently finds himself wrapped up in a huge conflict between the Old Gods and the New Gods, who are getting more and more powerful.

And amid all of the other...more interesting adventures, it's hard not to get caught up.

Where to watch? Netflix

The Making A Murder-inspired mockumentary had us pretty much won over from the moment we first tuned in.

It follows the aftermath of a major (and costly) high school prank that ends up leaving more than two dozen of the teacher's cars vandalised with phallic images.

A sophomore would-be documentarian investigates the controversial (and possibly unjust) decision to expel senior Dylan Maxwell, who ended up being accused of the drawings.

And the story isn't over yet. American Vandal was renewed for a second season by the streaming service just over a month after it premiered.

Where to watch? HBO

The (meant-to-be) mini-series follows the seemingly perfect lives of three mums - Madeline, Celeste and Jane - who all have kids going to the same school in Monterey, California.

But the picture-perfect facade quickly begins to unravel, exposing fractured family relationships and some deeply buried secrets - and leading to a series of events none of them will forget.

The network delivered some brilliant news for fans ahead of the holiday season, as they confirmed that the mums of Monterey would be coming back for season two.

Where to watch? Netflix

The show follows the life of an adopted young woman, Prairie Johnson, who resurfaces after having been missing for seven years - and things are drastically different.

She begins to refer to herself as 'The OA' upon her return, has some heavy scars on her back, and, in the biggest change of all, can now see - despite being blind when she first disappeared.

While many people begin to believe she is a miracle, others in the town begin to worry that she could be seriously dangerous.

The mystery was commissioned for a second season, called Part II, earlier this year and is due to begin production in early 2018.

popular
Liveline listeners call for RTÉ's new property show to be scrapped
Negative Covid tests will be required to enter Ireland, Cabinet agrees
Father and daughter stabbed to death in London
Pantos can go ahead this Christmas but don't bring the children – Health Minister
Andrew McGinley receives messages of support from RTE staff after cancelled interview
14-year-old boy charged with murder of 12-year-old Ava White
Toy Show's sign language interpreter Amanda Coogan hailed a "national treasure"
You may also like
1 week ago
I'm a Celeb trials set to be different this year, producers say
1 week ago
Vogue Williams to host new body image show Send Nudes
1 week ago
Bake Off fans heartbroken after fan favourite leaves the tent
1 week ago
It's official, a Harry Potter cast reunion is taking place
2 weeks ago
WATCH: The first official trailer for And Just Like That is finally here
2 weeks ago
Strictly's Rose Ayling-Ellis leaves EastEnders to focus on dancing
Next Page