Game of Thrones' Maisie Williams has shut down a massive theory about the Night King.

Many cast members from the HBO epic reunited at San Diego Comic Con on Friday, where they talked about everything from fan theories to the backlash to the final season.

Spoiler alert for Game of Thrones' season 8 - just in case you're not caught up by now.

The really-hyped-up Battle of Winterfell came to an end with the death of the Night King, at the hands of none other than Arya Stark - not Jon Snow, like many fans had suspected would be the case.

And the plot twist was met with mixed reaction.

Some fans absolutely loved that it was Arya who dealt the final blow to the Night King. Other people thought it should have been Jon who took out Westeros' biggest threat, as he had been fighting against the White Walkers for years.

The scene led to a fan theory which suggested Jon Snow actually helped her kill the Night King by standing up and screaming at an undead Viserion.

As fans are no doubt aware, Jon was stuck in the courtyard of Winterfell with the ice dragon.

At one point, he stood up and screamed at the wight - before the scene cut to Arya saving the day. 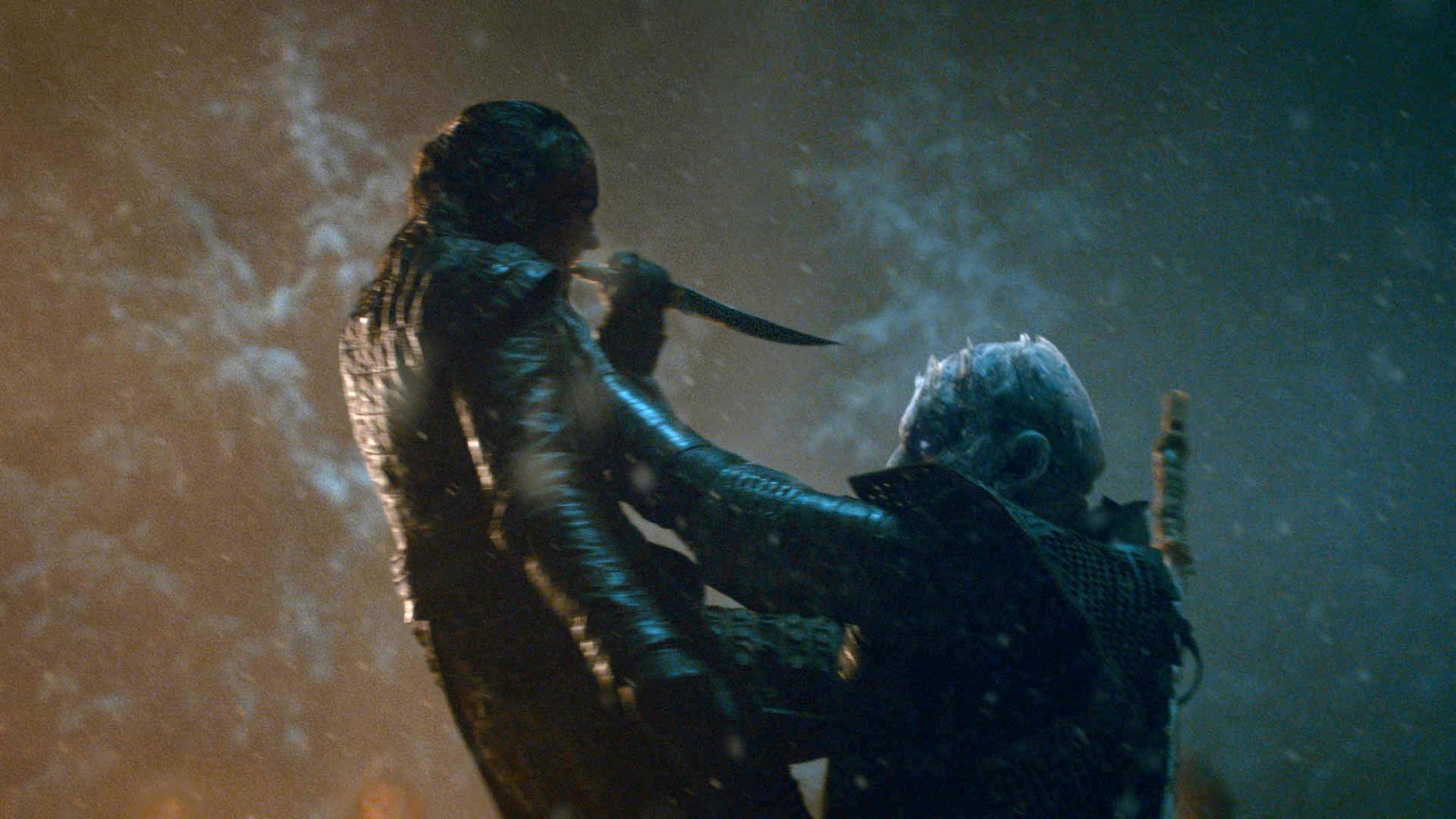 Some viewers though that instead of the idea that Jon just stood up and screamed at a dragon, he was actually yelling Go! to Arya and distracting Viserion so she could get into the godswood and kill the Night King.

However, Williams has now responded to the theory - assuring fans that the death of the Night King was Arya's doing.

Speaking at the Comic Con panel on Friday, she said:

“She did that on her own...but if we we’re to give credit to anyone it would be Melisandre.”

Earlier in the episode, Melisandre gave Arya a 'killer' pep-talk about how she was destined to kill people who had brown eyes, green eyes and blue eyes.

The last one on the list was a nod to the Night King (and seemingly as a result, the rest of the White Walkers and wights in general) - and the Red Woman's speech definitely seemed to have worked.