Everyone OK after this week's episode?

Game of Thrones' Battle of Winterfell, or The Long Night as it's technically called, finally aired this week - and there was a *lot* going on.

And while many fans were celebrating over the final moment of the episode (you know the one we're talking about...), others were really confused about one part of it all.

The rest of this post contains spoilers for Game of Thrones' The Long Night.

Jon Snow did not have a good time during the Battle of Winterfell. He wasn't great while flying around on the back of his dragon, or sneaking up on the Night King, either.

And he really, really wasn't great at...screaming a dragon to death?

Yes, that's right: moments away from death, and Jon seemingly decided to stand up and just...scream at the undead Ice Dragon.

Not exactly practical, or a move that makes much sense considering how much danger he was in. 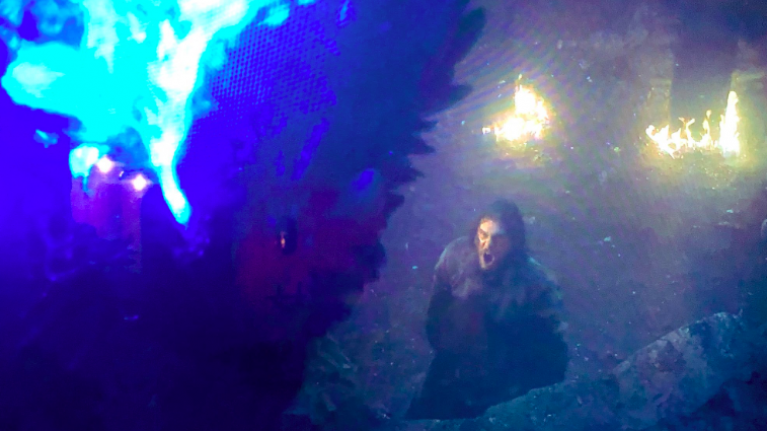 END_OF_DOCUMENT_TOKEN_TO_BE_REPLACED

Reddit user /u/Applesoapp suggested that Jon was actually screaming GO, GOOO, GOOOOOO. Maybe as in, "Arya, go, run and get the Night King."

Based off their theory, Jon was screaming at the zombie-dragon to distract it so Arya could get past them and go after the Night King.

"The undead dragon was protecting the entrance to the Godswood. Watch it again, you can actually hear him scream 'GOOOOO - GO - GO.'

"10 seconds later the scene you can see the hair of a White Walker flying up when Arya sprints past the group of White Walkers. Jon once again was ready to sacrifice himself to kill the Night King." 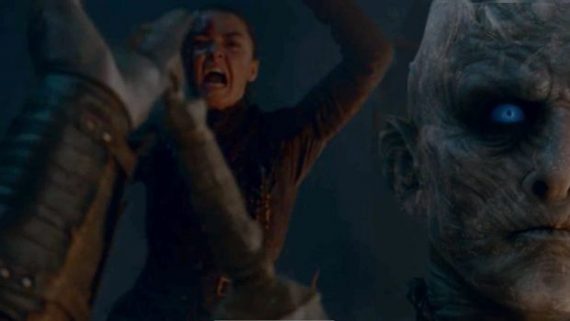 Not only would this make a lot more sense than Jon standing there and trying to scream a dragon to death, it actually sounds like it is the case, too.

Around the 1.30 mark, you can see Jon stand up to the dragon formerly known as Viserion and start to scream - and it does sound an awful lot like he's saying 'go'.

Combined with the fact that this all seemed to be taking place outside the godswood, where Bran was having his stare-down with the Night King (and where Arya came sprinting in seconds later), it definitely all seems legit.

Anyone else feeling relieve that Jon didn't actually think he could scream a dragon to death?

You can check out the scene below.

Another big concern Game of Thrones fans had after the episode? What happened to Jon Snow's direwolf, Ghost - you can read more about that here.