A massive fair play to him.

Gavin James has already raised €3,000 for charity ahead of his live stream gig planned for this evening.

The gig is, of course, free, but Gavin has been encouraging the public to donate what they can to elderly charity, Alone.

"I'm doing a live stream from me gaff at 8 o'clock it's gonna be called 'Gavin's gaff gig,'" he told the Ray D'Arcy Show.

"We'll be apart but we'll all be there together."

The gig, which takes place at 8pm this evening, will see Gavin play a host of his hits including 'Always,' 'For You,' and 'Glow.' 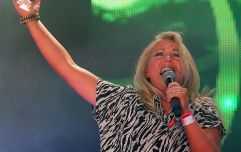 Ireland's entry for the 2020 Eurovision song contest has been revealed

END_OF_DOCUMENT_TOKEN_TO_BE_REPLACED

But the Dublin singer hasn't just been doing his bit for the elderly - he's also been entertaining his neighbours while people across the country do their utmost to social distance during the coronavirus outbreak.

He recently shared a video of himself belting out the chorus of Doris Day's 'Fly Me To The Moon' while a group of unknown voices mercilessly tell him "fuck off."

You can tune into Gavin's live gig this evening here, or make a donation to Alone here.


popular
Andrew McGinley asks people to send him letters as he struggles with self-isolation
WATCH: Hozier performed an emotional rendition of The Parting Glass on last night's Late Late Show
Real life Corrie couple Sally Carman and Joe Duttine have gotten engaged
Zara's €50 FAB floral dress is all over Instagram and you won't want to miss out
#Covid-19: Filming for Great British Bake Off 2020 has been postponed due to coronavirus
5 new additions to Netflix to spend your weekend watching
#Covid-19: 14 deaths and 294 new cases of coronavirus have been confirmed in Republic of Ireland
You may also like
2 days ago
ISPCC/CHILDLINE and RTÉ 2FM team up for fundraising digital music show
1 week ago
A Facebook Live concert with Irish musicians is happening this week
2 weeks ago
Rising star Sorcha Richardson on moving back to Dublin and writing a hit album in her parents' kitchen
1 month ago
QUIZ: How well do you remember these song lyrics from 2009?
1 month ago
Versatile are set to headline their first ever music festival, and we need tickets
1 month ago
JLS perform together for the first time in seven years on BBC's The One Show
Next Page