People giving each other stick? On Gogglebox? Well, I never.

Gogglebox fans have been complaining about how stars Mary and Giles have been interacting on the show.

The pair were providing a running commentary on current TV shows such as Netflix's YOU and BBC's The Outlaws, when Mary began giving Giles a bit of grief, threatening (rather jovially) to have him sectioned. 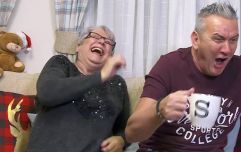 END_OF_DOCUMENT_TOKEN_TO_BE_REPLACED

Viewers were, for some reason, surprised by this interaction, despite the fact that Mary and Giles' back-and-forth is likely one of the reasons why they were cast on the show in the first place.

"Giles is a legend, could watch him wind Mary up all day," said one person. "Poor Giles. Mary’s giving him merry hell," said another. 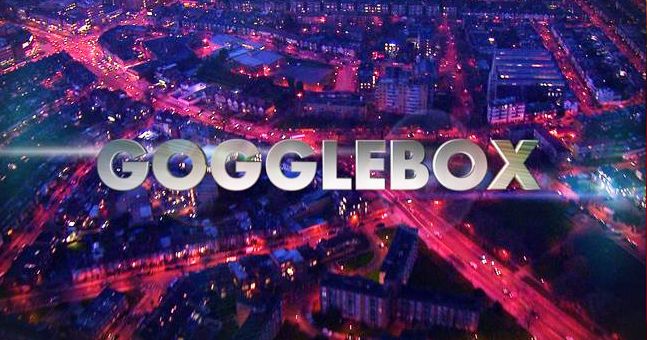 One person said that they thought that it was "not on the way Mary speaks to Giles", while someone else said that they were annoyed that she spoke to her husband "like a toddler."

It would seem as if these viewers had forgotten that half the fun of Gogglebox is not the TV shows the cast are watching, but their interactions with one another; their banter and their quips.

It is after all a fly on the wall series seemingly emulating real sitting rooms and real conversations, and chances are, real people bicker from time to time.

Still, irrespective of these complaints, Giles and Mary have remained firm favourites among fans since they first appeared on the show back in 2015.

The couple, who live in Wiltshire, met when they were 21-years-old and have been married for 30 years.

popular
Women are rinsing their hair in apple cider vinegar – and the results are amazing
The final season of The Sinner has just landed on Netflix
New photo of Bernadette Connolly released as investigation continues
Damian Lewis pays touching tribute to late wife Helen McCrory with Irish poem
"Hair contouring" is about to be huge, here's everything you need to know
YouTube star Melanie Ham dies after cancer battle aged 36
Toddler dies after being struck by vehicle in Co. Cork
You may also like
1 month ago
Maureen Lipman quits Celebrity Gogglebox and slams the show's editing
1 month ago
Gogglebox fans shook by Lee's throwback photo of Jenny
2 months ago
Gogglebox star Pete Sandiford shares his wedding pictures for the first time
2 months ago
Tributes paid as Gogglebox Ireland star Paul Roche passes away
2 months ago
Gogglebox cast in tears over Rose and Giovanni's silent Strictly dance
2 months ago
Gogglebox on hunt for new family following complaints from viewers
Next Page