The fan-favourite duo were MIA on Friday night.

Gogglebox stars Jenny Newby and Lee Riley have apologised to fans after fears they had quit the show.

Viewers noticed the two were missing from Friday night's episode and took to social media to express their concerns over their absence. 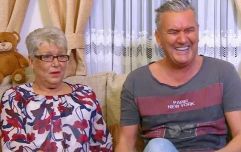 END_OF_DOCUMENT_TOKEN_TO_BE_REPLACED

A couple of fresh faces joined the programme in the latest episode, leading fans to speculate that their favourite duo had been replaced.

Jenny and Lee addressed the fears on Instagram, sharing two selfies - one of them masked up on a plane and another of them enjoying a quick sunshine break.

"SORRY FOLKS WE’RE COMING BACK SEE YOU ALL ON FRIDAY #gogglebox," they wrote.

Jenny and Lee had made a quick getaway to the Mediterranean, visiting Cyprus to celebrate Lee's partner's birthday.

Once the two cleared things up, fans breathed a sigh of relief. 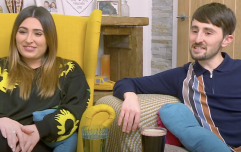 END_OF_DOCUMENT_TOKEN_TO_BE_REPLACED

"Thank god for that," one commented.

Another said: "Well you were bloody missed!"

"Be such a loss to the show if you went, funny as. You're classic and always make me giggle," a third added.

Gogglebox introduced newcomers Simon and Jane on Friday night. The brother and sister pairing look set to become another fan favourite as viewers took to Twitter to express their approval.

"Absolutely loving Simon and Jane on Gogglebox already. These two are gonna be brilliant," one person said. 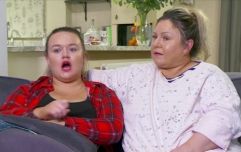 Gogglebox on hunt for new family following complaints from viewers

END_OF_DOCUMENT_TOKEN_TO_BE_REPLACED

"Love these two already. Can't wait to see more of them as the series goes on," another wrote.

"Simon and Jane are a brilliant addition to the show!!!" a third declared.

But rest assured, they're not coming for Jenny and Lee's spot any time soon. Phew!

popular
Liveline listeners call for RTÉ's new property show to be scrapped
82-year-old woman reunited with 35-year-old husband after 9 month Covid separation
Negative Covid tests will be required to enter Ireland, Cabinet agrees
Father and daughter stabbed to death in London
14-year-old boy charged with murder of 12-year-old Ava White
Pantos can go ahead this Christmas but don't bring the children – Health Minister
Doctor accused of making TikToks during surgeries banned from performing them
You may also like
1 week ago
Gogglebox star Pete Sandiford shares his wedding pictures for the first time
1 week ago
Tributes paid as Gogglebox Ireland star Paul Roche passes away
2 weeks ago
Gogglebox fans call for ban after Friday episode hit with complaints
2 weeks ago
Gogglebox viewers complain about Mary and Giles' tête-à-tête
3 weeks ago
Gogglebox fans shook as Imelda May makes an appearance on the couch
1 month ago
Gogglebox's Paige Deville never wants to speak to mum again after quitting show
Next Page