"What they’re going to do with the character is their call."

In April of 2018, The Simpsons aired an episode entitled 'No Good Read Goes Unpunished' which quickly became the subject of controversy.

The episode centred on Marge finding an old book that she loved as a child and wanting to pass it on the Lisa, but upon re-reading it, she discovered that by modern standards, the book is actually incredibly offensive.

"Something that started decades ago and was applauded and inoffensive is now politically incorrect... What can you do?" pic.twitter.com/Bj7qE2FXWN

That exchange was read by many to be a clear reference to 2017 documentary The Problem With Apu in which comedian Hari Kondabolu detailed the racial insensitivity that Apu is depicted within by today's standards, and how that level of racial stereotyping can be damaging when it takes place in such a hugely popular show.

In the fallout, it first appeared that the character of Apu would be written out of The Simpsons entirely. Hank Azaria, who voices Apu, noted that he would "step aside" from the role if required.

Jumping forward to the present day - that being Friday 17 January, 2020 - and Azaria has moved to end speculation by announcing that he will not be voicing Apu any longer. 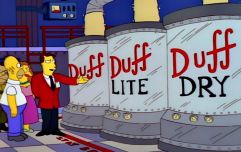 END_OF_DOCUMENT_TOKEN_TO_BE_REPLACED

Speaking as part of a panel for the final season of his show Brockmire, Azaria responded to a Slashfilm enquiry on Apu's future by saying:

"All we know there is I won’t be doing the voice any more, unless there’s someway to transition it or something.

"What they’re going to do with the character is their call,” he added. “It’s up to them and they haven’t sorted it out yet. All we’ve agreed on is I won’t do the voice any more.”

Azaria also noted that he was an equal part of the move.

"We all made the decision together. We all agreed on it. We all feel like it’s the right thing and good about it."