She doesn't think it's a goer, unfortunately.

The Crown is due back on our screens in a mere few weeks, and although we have yet to experience the wonderful Olivia Colman in the title role, people are already chatting about who could possibly be taking over from her in future seasons.

END_OF_DOCUMENT_TOKEN_TO_BE_REPLACED

The actor, who has already played Her Majesty in 2006 film The Queen, has said that although there has been a lot of chat about her potentially joining the Netflix show, she doesn't really think it's going to happen any time soon.

“I don’t think so," she told Lorraine. A lot of people are wonderful. Claire (Foy) I thought was brilliant, I know that Olivia is going to be. 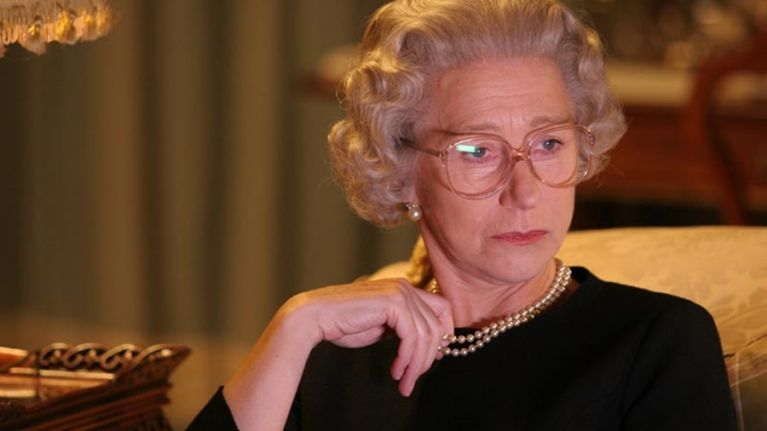 The Crown creator Peter Morgan had said previously that he hadn't discussed the role with Mirren, but that he does know that she is a fan of the show.

The Crown's OG Queen Elizabeth, Claire Foy, stepped down from her role after two seasons - as did the rest of the cast thanks to the show's considerable leap forward in time.

Colman will be joined by Tobias Menzies, Helena Bonham-Carter and others as the show's third season kicks off next month.

It's bound to be decent viewing, lads.

The Crown returns to Netflix on Sunday, November 17.

Girls With Goals || Her · Ep.160: The Beauty Of Coaching - Hayley Harrison joins us from Sport Ireland
popular
Regé-Jean Page arrives in Ireland to shoot new movie
A pink tampon disposal glove has been created - by three men...
Someone has ranked the penis size of men from all over the world
Starbucks' new Happy Hedgehog cups would be the perfect pairing for a park date
Here's what happens on every day of your menstrual cycle (roughly)
Chris Evans Reveals Cancer Scare During Breakfast Radio Show
Kate Middleton has addressed the rumours that she's pregnant with her fourth child
You may also like
1 week ago
There's another royal drama coming to Netflix and The Crown better watch out
1 week ago
Prince Harry and Meghan Markle announce first Netflix show
2 weeks ago
Four new cast members for Bridgerton season two revealed
2 weeks ago
Both Knives Out sequels are coming to Netflix
3 weeks ago
Evan Peters set to play Jeffrey Dahmer in new Netflix crime series
4 weeks ago
WATCH: The trailer for Sarah Paulson's new Netflix thriller has landed
Next Page