Another month, another batch of bingeable TV shows and movies.

June is just around the corner, so it is officially that time again: Netflix have released the list of what's going to be arriving next month.

Have a look at a whole host of new TV shows, movies, comedy and more coming to Netflix next month.

Jimmy and Steph bring their new baby home and dive headfirst into the world of parenting. But no worries: They've got a houseful of hands to help.

Three friends in a low-income neighbourhood find humour and hope in their lives as they grapple with bad boyfriends and their dysfunctional families.

In the powerful final season of 13 Reasons Why, Liberty High School's Senior Class prepares for graduation. But before they can say goodbye, the crew of friends will have to band together one last time to keep a dangerous secret buried, try to make peace with the past four years, and face final, heartbreaking choices that might alter their lives forever. Showrunner Brian Yorkey and stars Dylan Minette, Grace Saif, Christian Navarro, Alisha Boe, Brandon Flynn, Miles Heizer, Ross Butler, and Devin Druid return for a fourth and final season that's full of twists, turns, and the resounding message that you can't move forward if you're still haunted by the past. 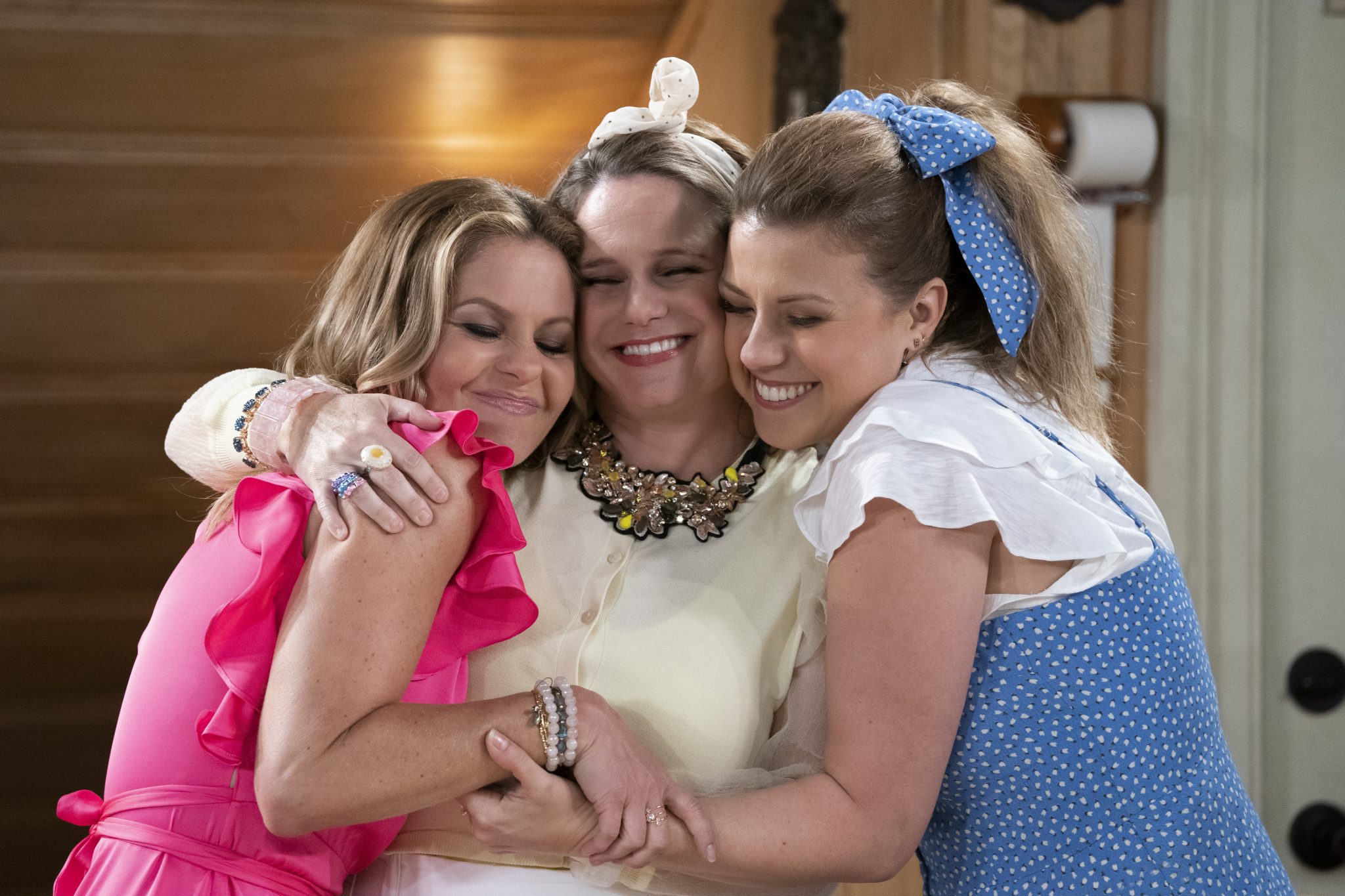 The Fab Five head to historic Philadelphia to make over a new cast of everyday heroes, from a hardworking DJ to a struggling dog groomer.

With Rio de Janeiro under a zombie attack, contestants on a reality show shelter in TV studio, where they must deal with more than flesh-eating hordes.

F is for Family: Season 4

While Frank deals with an unwelcome visit from his father, Sue discovers the wonders of Lamaze, and Bill makes a name for himself in the hockey rink. 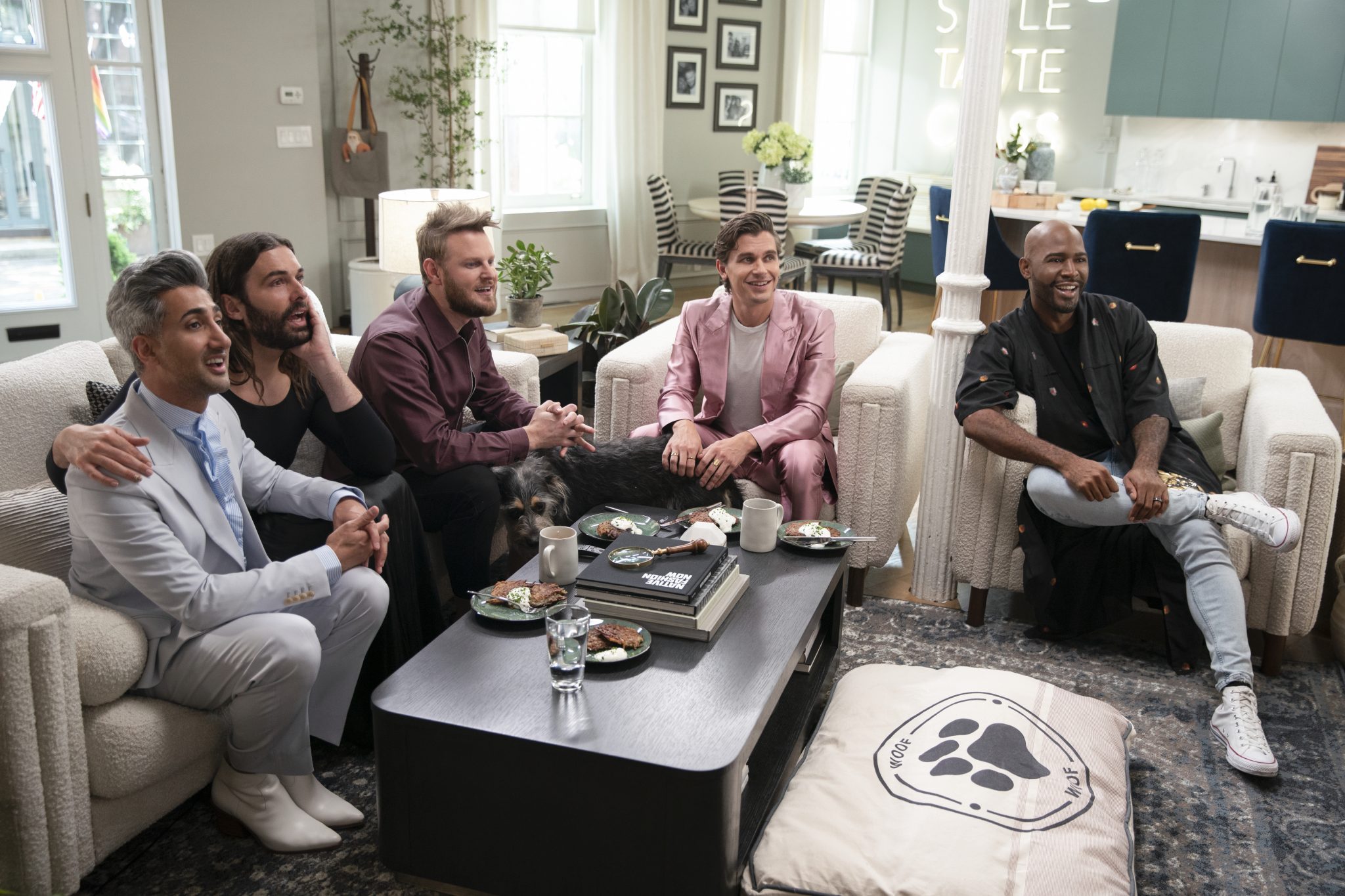 Six new singles look for love — or something like it — in a series of back-to-back, real-life first dates in New Orleans. But who will each choose for a second date? 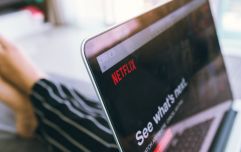 END_OF_DOCUMENT_TOKEN_TO_BE_REPLACED

A child vanishes into thin air from a cachet neighborhood in Mexico City, unraveling family secrets and revealing how power works among the privileged.

A Warsaw prosecutor's hopes rise when a body is found and linked to his sister's disappearance 25 years earlier. Adapted from the Harlan Coben novel. 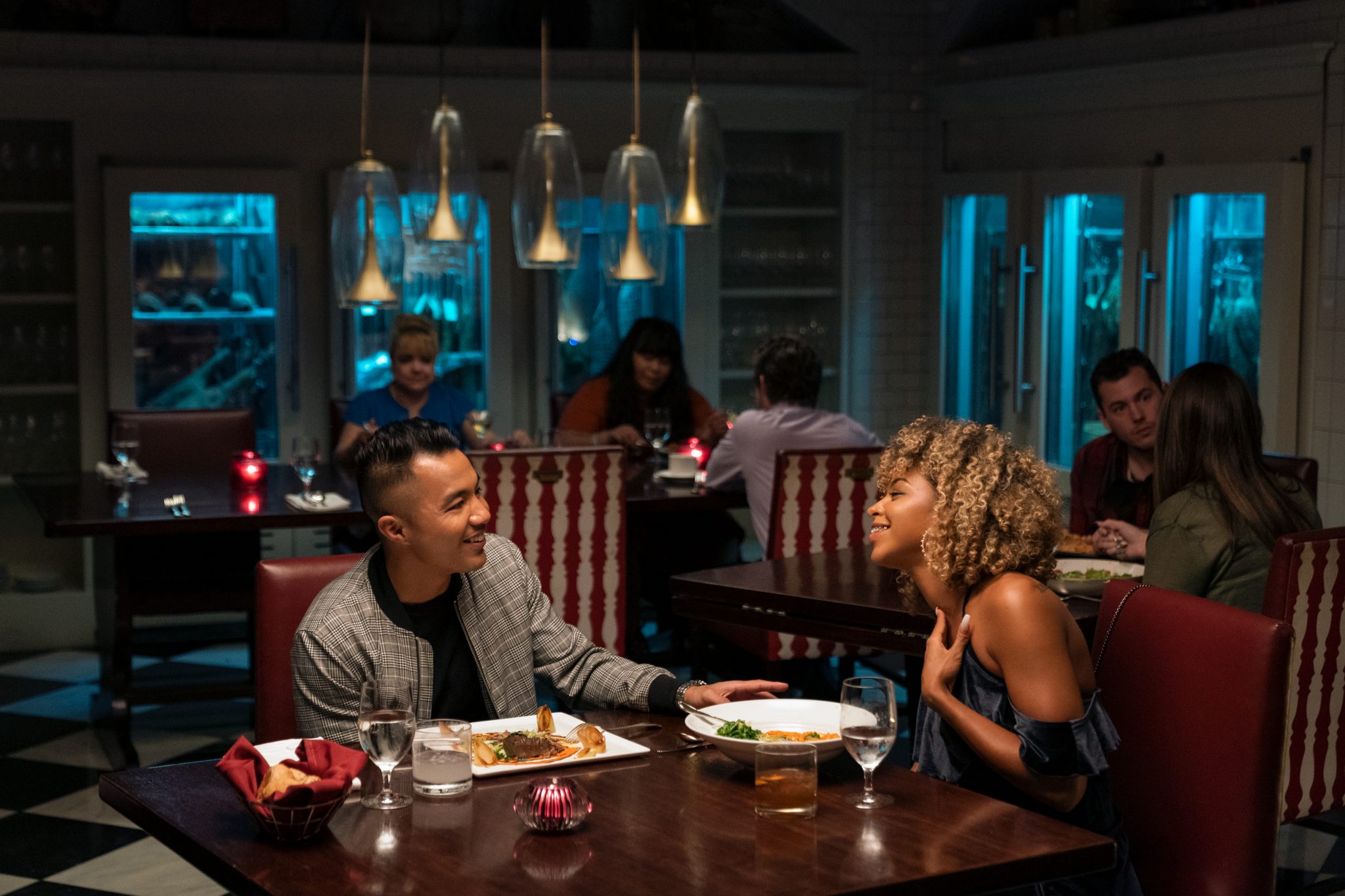 The series about a hilarious high school teacher trying to make a difference in the lives of some smart but underperforming students returns for Part 2.

At Belgrave University, the bad blood between werewolves and magicians reaches a breaking point — until a greater evil threatens to destroy them all.

Detective Harry Ambrose investigates a grisly car crash that leads to one of the most complicated and dangerous cases of his career. 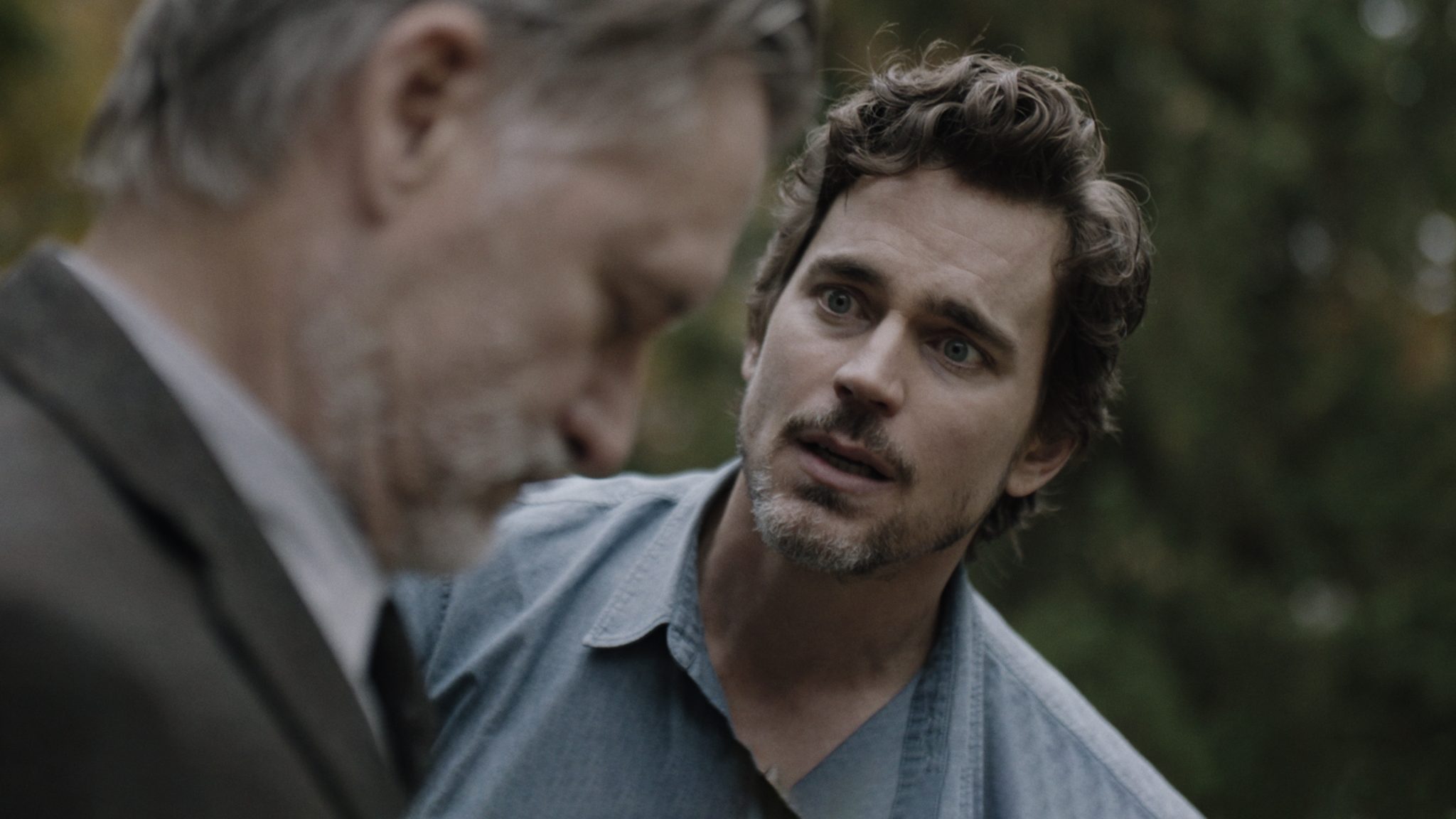 Teams compete to navigate rooms flooded with lava by leaping from chairs, hanging from curtains and swinging from chandeliers. Yes, really.

As Malu and the ladies move on from their recent tragedy, they take on career challenges, new love possibilities and confront injustices with bravery.

Double crosses, a three-way relationship and a single-issue candidate add up to a mud-flinging race for State Senate that Payton will do anything to win. 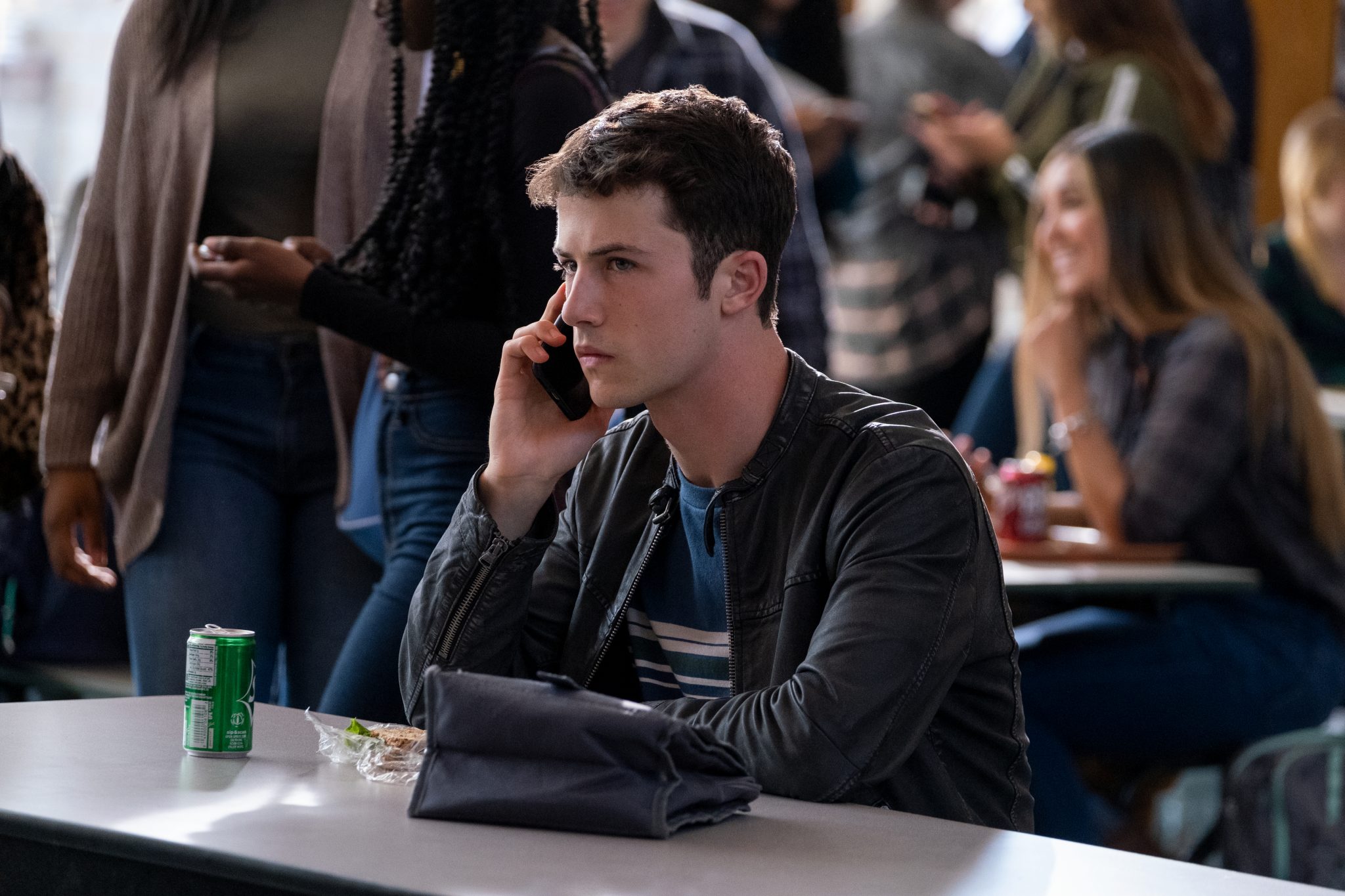 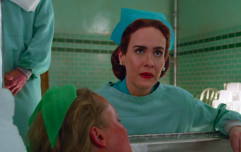 WATCH: The trailer for Netflix's Ratched is here

END_OF_DOCUMENT_TOKEN_TO_BE_REPLACED

The fights. The secrets. The shade! Go backstage with the contestants of "RuPaul's Drag Race" as they return for Season 12.

Thirteen queens. One crown. Ru and her crew are back for another season of fierce lip syncs, A-list guest judges and dazzling fashion.

It's Okay to Not Be Okay

In this romantic drama, a health care worker and an author suffering from an antisocial personality disorder end up healing each other’s emotional and psychological wounds. 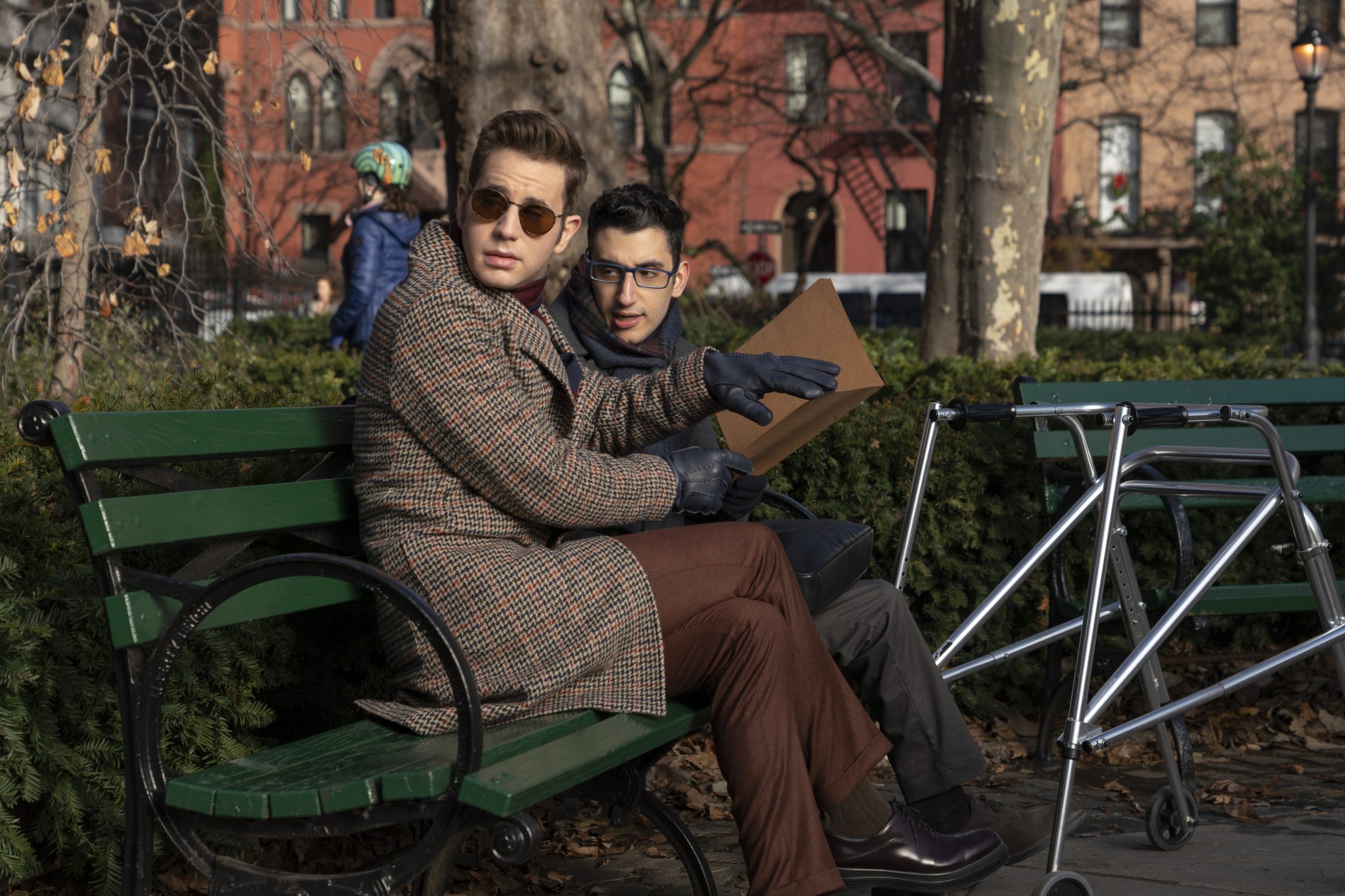 After returning home from the military, country boy Joaquín is blindsided by a tragedy that sends him to Bogotá, where he meets aspiring singer Irene.

The Peabody and Emmy Award-winning weekly comedy show explores the modern cultural and political landscape with depth and sincerity. Each week, Minhaj brings his unique comedic voice and storytelling skill to investigate the larger trends shaping our fragmented world.

The Last Days of American Crime

As a final response to terrorism and crime, the US government plans to broadcast a signal making it impossible for anyone to knowingly commit unlawful acts. Graham Bricke (Édgar Ramírez), a career criminal who was never able to hit the big score, teams up with famous gangster progeny Kevin Cash (Michael Pitt), and black market hacker Shelby Dupree (Anna Brewster), to commit the heist of the century and the last crime in American history before the signal goes off. Based on the Radical Publishing graphic novel created by Rick Remender and Greg Tocchini, THE LAST DAYS OF AMERICAN CRIME is directed by Olivier Megaton, written by Karl Gajdusek,  produced by Jesse Berger, p.g.a., Jason Michael Berman, p.g.a., and Barry Levine, with Patrick Bergin and Sharlto Copley also co-starring.

A bank employee weighed down by her jobless husband's debts — and her own broken dreams — finds a secret source of seemingly unlimited cash in her home.

From Academy Award® Winner Spike Lee comes a New Joint: the story of four African-American Vets — Paul (Delroy Lindo), Otis (Clarke Peters), Eddie (Norm Lewis), and Melvin (Isiah Whitlock, Jr.) — who return to Vietnam. Searching for the remains of their fallen Squad Leader (Chadwick Boseman) and the promise of buried treasure, our heroes, joined by Paul's concerned son (Jonathan Majors), battle forces of Man and Nature — while confronted by the lasting ravages of The Immorality of The Vietnam War. 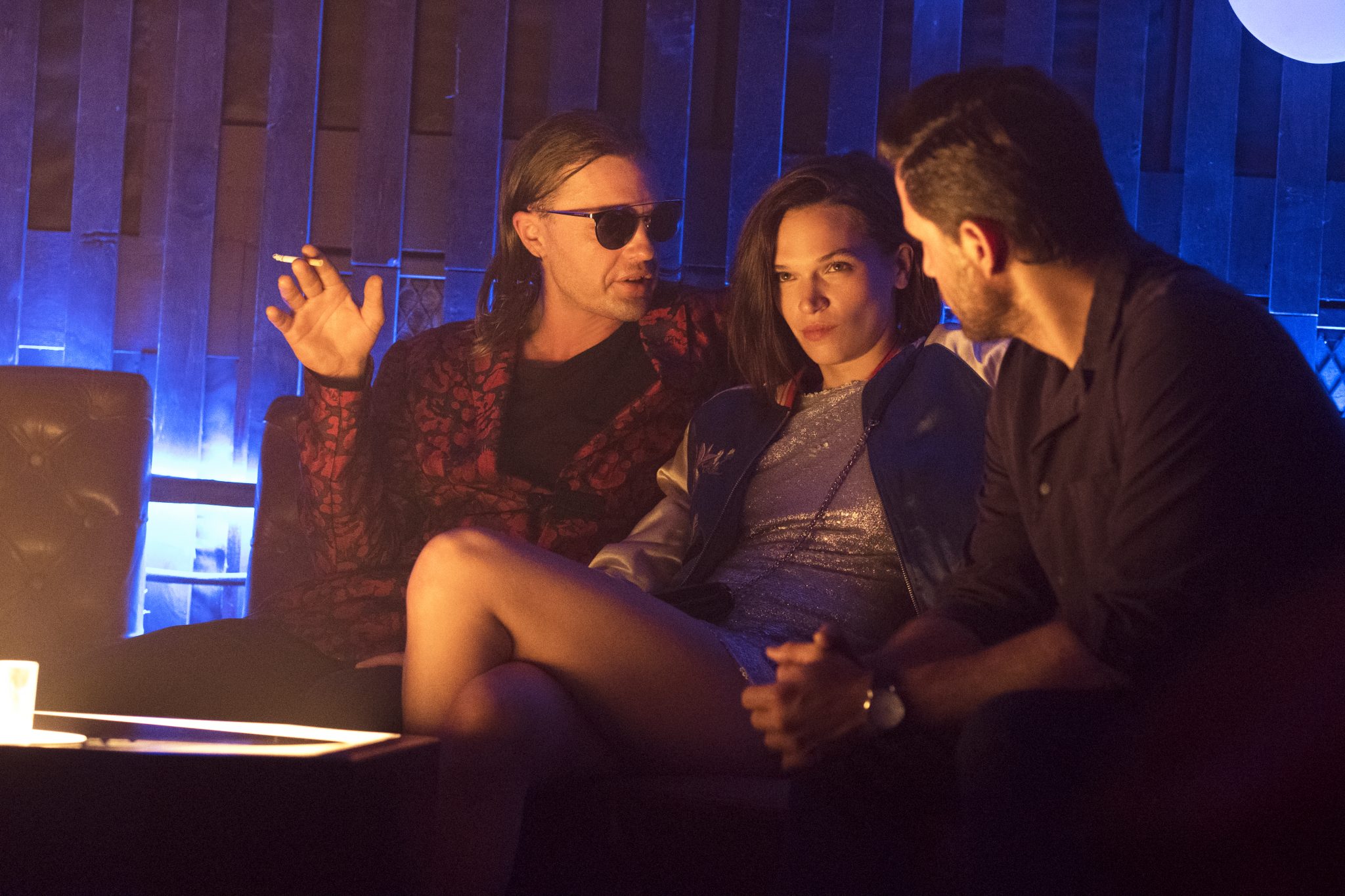 The Last Days of American Crime

Insider look as the members of Thai girl group BNK48 share the ups and downs of preparing for the 6th Single Senbatsu General Election.

Memo Garrido was a child artist in the Latin music industry in the early 90's. Decades later, he lives in seclusion in southern Chile practically cut off from the world. The unexpected appearance of Marta changes his world forever and forces him to face the confusing incident that destroyed his career.

After failing to make it on Broadway, April returns to her hometown and reluctantly begins training a misfit group of young dancers for a competition.

Based on a true and gripping story: Cuban spies infiltrate exile groups in the 1990s to stop terrorism against the island, but at a high personal cost.

A convicted car mechanic is recruited to work for the cops, pimping police vehicles for high-speed chases. But danger will follow him fast.

Two strangers cross paths on a train en route to Izmir, bonding over their turbulent — and unexpectedly intertwined — romantic pasts. 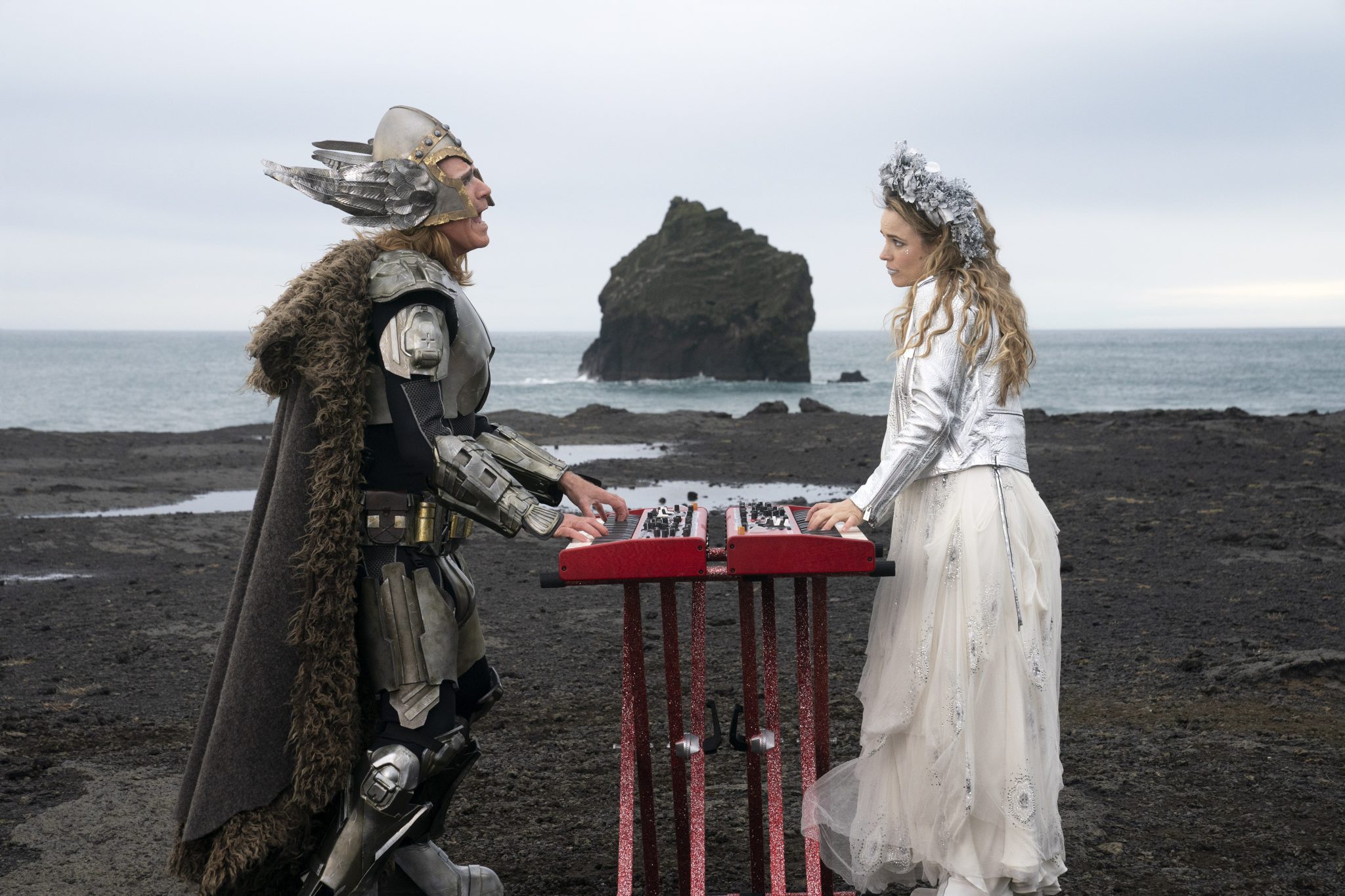 Two small-town singers seize a chance to fulfill their dream of competing in the world's biggest song contest. Will Ferrell and Rachel McAdams star.

Three stories transpire in Melilla, on the border between Spain and Morocco, as immigrants risk their lives to cross the Strait of Gibraltar.

Jo Koy: In His Elements

For the first time ever, comedian Jo Koy takes Netflix to the Philippines in his new comedy special, Jo Koy: In His Elements. Koy celebrates his heritage by telling jokes about life as a Filipino-American while highlighting the culture of Manila. Koy uses this opportunity to shine a light on other Filipino-American performers by welcoming to the stage famed breakdancer Ronnie, Grammy-winning producer !llmind, singer/songwriter Inigo Pascual, and comedians Andrew Lopez, Joey Guila, and Andrew Orolfo. Jo Koy: In His Elements premieres globally on Netflix on June 12, 2020. 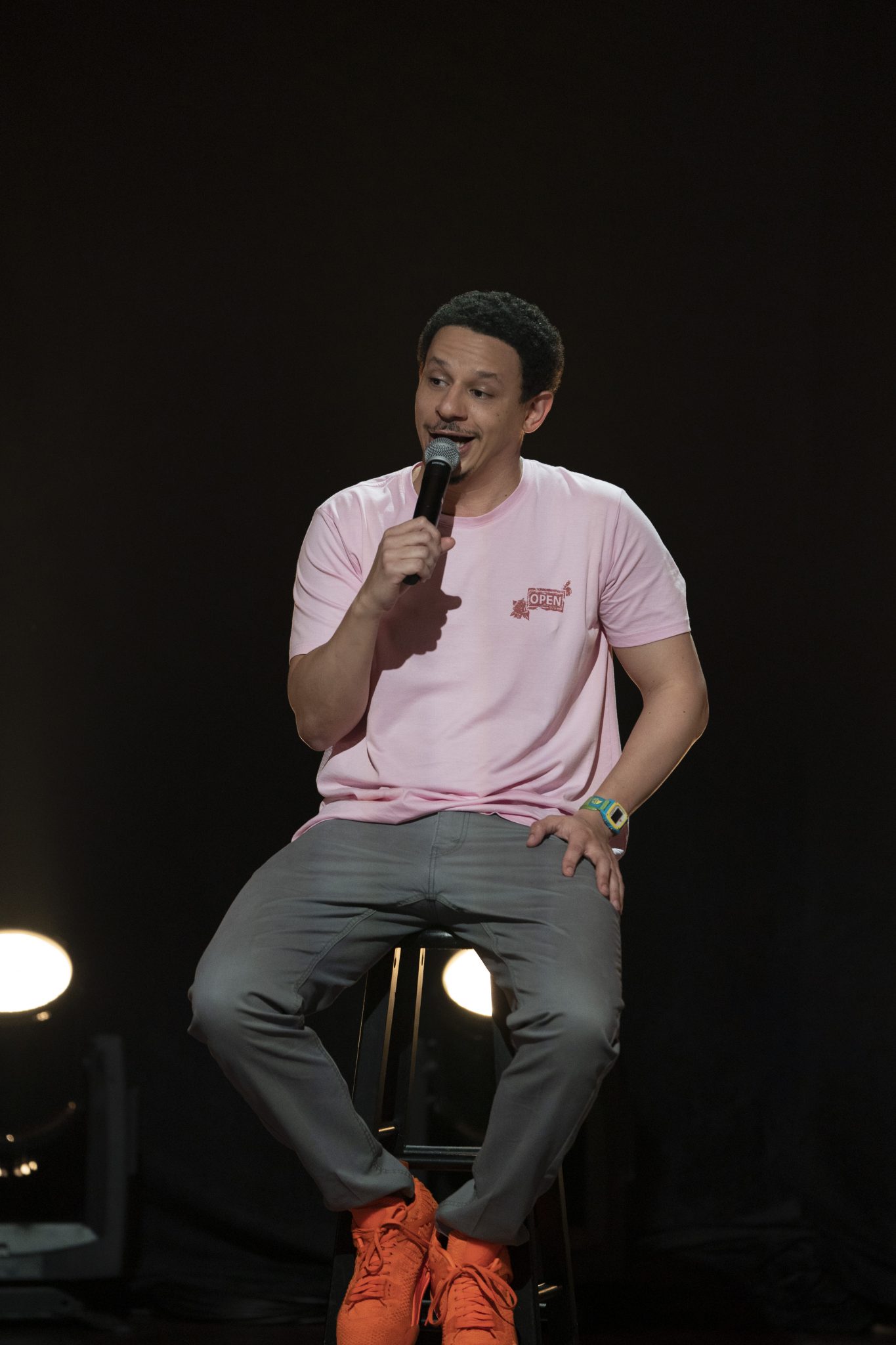 George Lopez: We'll Do It For Half

Comedy legend George Lopez returns to his stand-up roots making his Netflix original comedy special debut with We’ll Do It For Half. True to form, Lopez delivers a hilarious exploration of race, politics, and life lessons to be learned from the Latino community; especially the elders. Filmed at The Warfield Theatre in San Francisco, the one-hour special dissects cultural differences, emotional support animals, gender reveal parties, elevator etiquette and much more. George Lopez: We’ll Do It For Half premieres globally on Netflix on June 30, 2020.

An intimate look at the lives of four doctors — two brain surgeons, an emergency room physician, and a Chief Resident OBGYN — as they navigate the highs and lows of working at the renowned Lenox Hill Hospital in New York City. With extraordinary access and an unflinching eye, the series shows each physician's struggle to balance their personal and professional lives, and delves into each patient's personal journey. From birth to brain surgery, each case offers a rare inside look at the complex, fascinating, and emotional world of medicine. Directed and produced by Adi Barash and Ruthie Shatz. 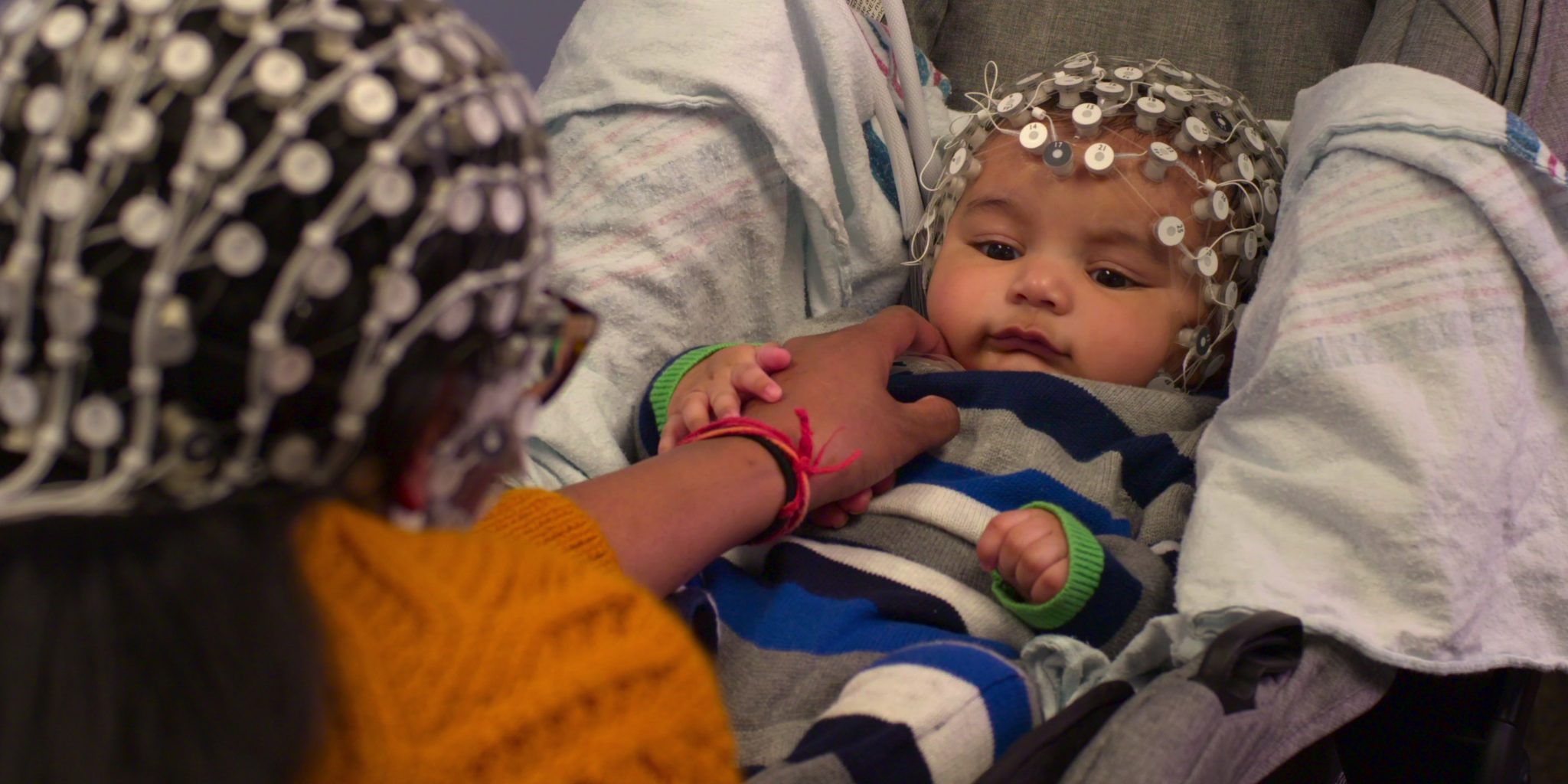 As babies make sense of a brand-new world, breakthrough research details how they are already equipped to handle the complexities of human life.

When Sgt. First Class Brian Eisch is critically wounded in Afghanistan, it sets him and his sons on a journey of love, loss, redemption and legacy. 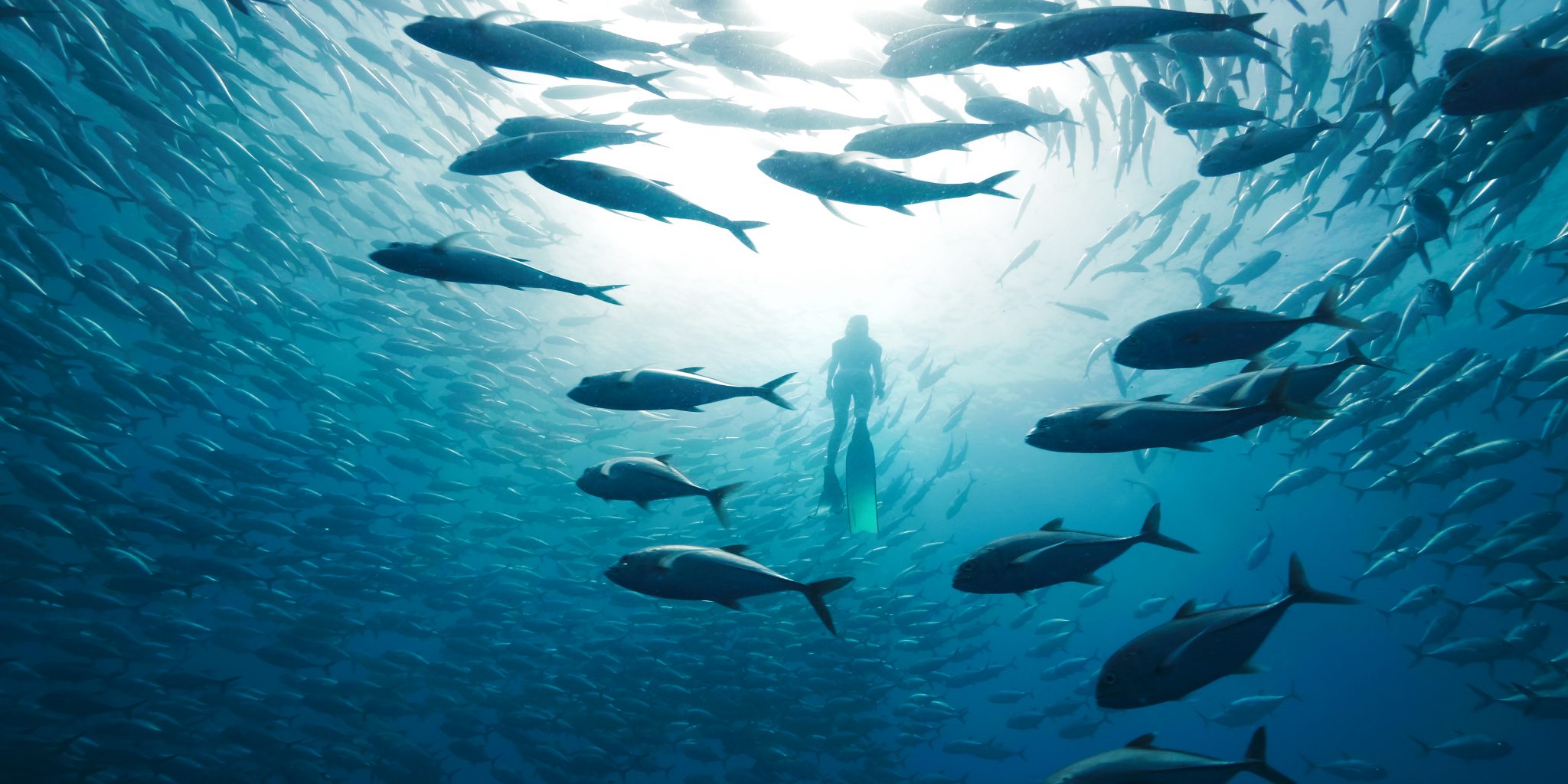 Follow the Indianapolis Star reporters that broke the story about USA Gymnastics doctor Larry Nassar's abuse and hear from gymnasts like Maggie Nichols.

From voodoo wrestling in the Congo to roller derby in Texas, this docuseries explores unusual and thrilling sports traditions around the world.

True and Bartleby venture to the other side of the Neverending Rainbow to bring back Dillydally — a brave explorer who's the Rainbow King's best friend!

Kipo and the Age of Wonderbeasts: Season 2

It’ll take brawn — and brains — to rescue Lio and beat Scarlemagne, so Kipo sets out to master her powers and dig into the origins of her world. 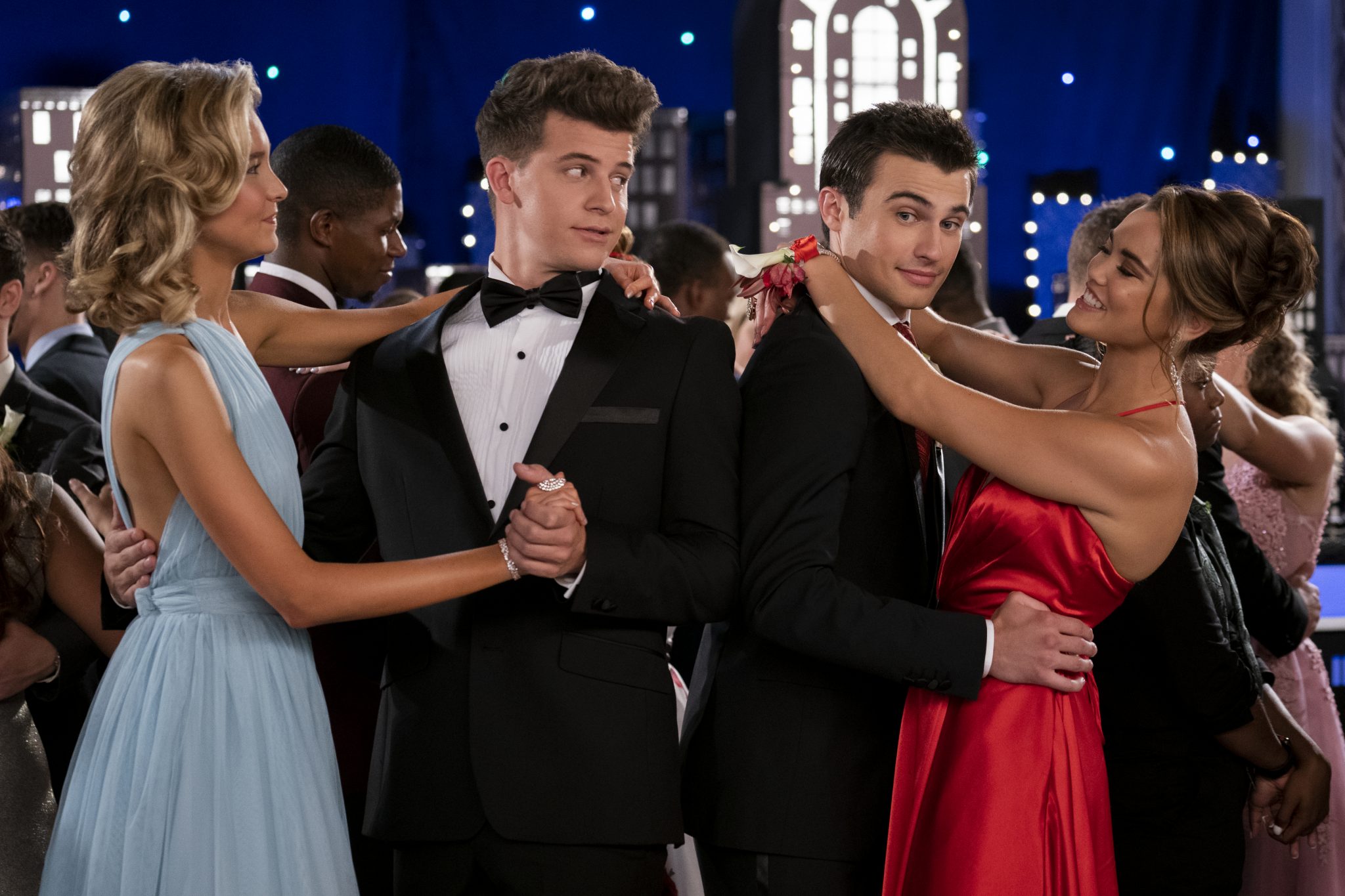 Summer's over, and Alexa and Katie are starting their senior year. They've been through so much together — but there's still more to come.

Granted special entry into the Great Raitai Tournament, a poisoned Baki now faces fighters in China, where the next true Sea King will be chosen. 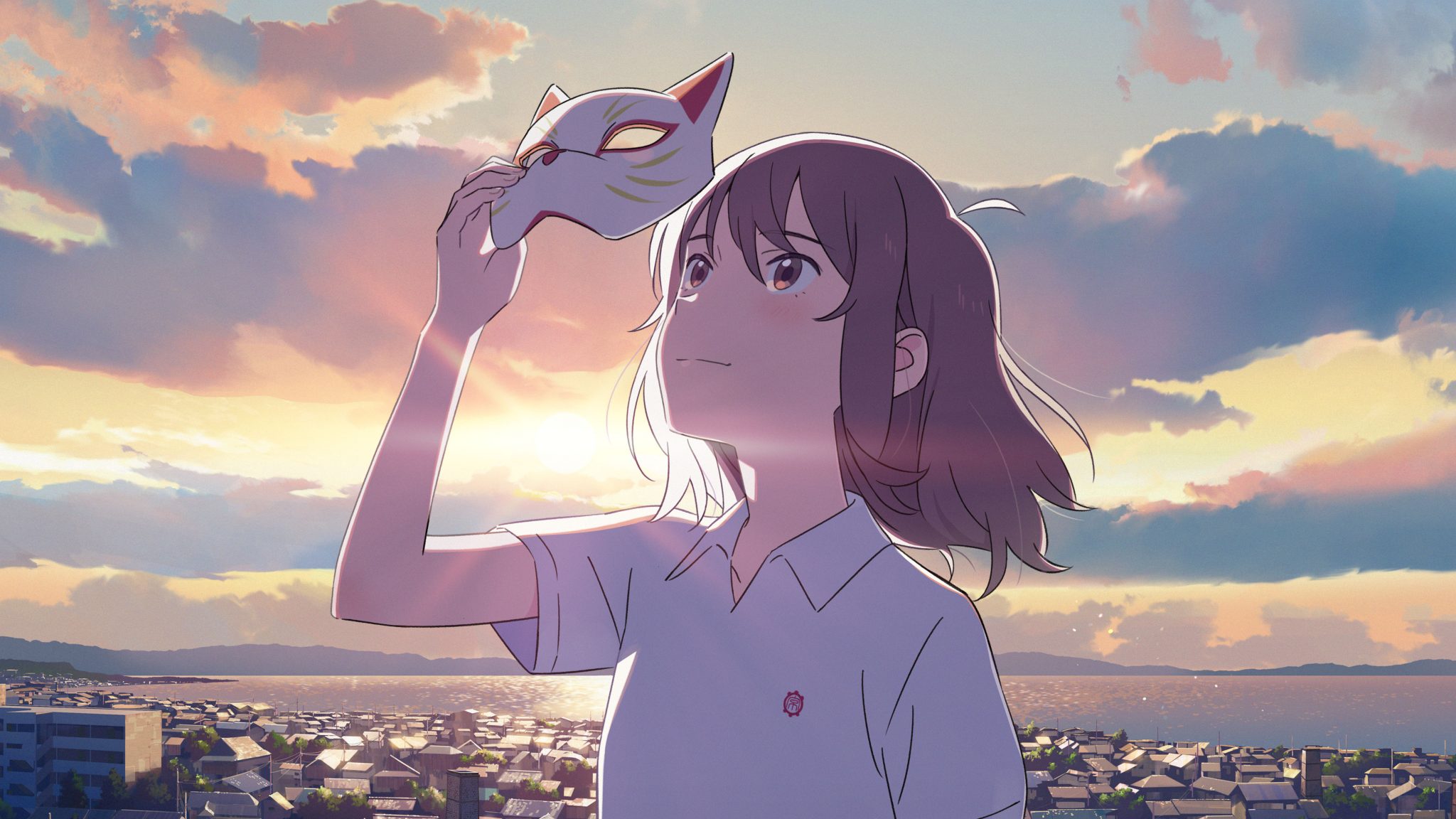 In Studio Colorido's second feature-length film, a girl with a funny nickname is desperate to get closer to her crush. Her solution: turn into a cat.

Morphed into a raccoon beastman, Michiru seeks refuge, and answers, with the aid of wolf beastman Shirou inside the special zone of Anima-City.

popular
Daisy Coleman from Netflix's Audrie & Daisy has died, aged 23
Rupert Young, twin brother of Will Young, passes away, aged 41
The second season of Dirty John lands on Netflix next week and we’re already hooked
WATCH: Sneak peak of Paul Mescal in latest Rolling Stones' music video
WATCH: Paul Mescal stars in new Rolling Stones' music video 'Scarlet'
Staycation: TripAdvisor reveals the top 10 hotels in Ireland for 2020
I'm A Celebrity, Get Me Out Of Here moves to ruined castle in UK this year
You may also like
2 weeks ago
Netflix is coming out with a new musical series from the director of High School Musical
2 weeks ago
Emily in Paris: Everything you need to know about the Sex and the City-esque Netflix show
3 weeks ago
Netflix’s The Claudia Kishi Club is the documentary you need to watch this weekend
3 weeks ago
5 new additions to Netflix to spend your Saturday night watching
3 weeks ago
Sweet Magnolias author Sherryl Woods shares hopes for season two of the Netflix series
2 weeks ago
Louis Theroux has a new 4-part series coming to the BBC all about, well, Louis
Next Page