How Hollywood Is Using A Monitor To Manipulate Our Emotions

Manipulation is kind of Hollywood's main aim. Films are designed to make us laugh, cry, or jump out of our seats, popcorn and Maltesers flying in every direction.

Directors use emotive music, different shot styles and tension-building scripts to get your undivided attention.

One film is taking this emotional manipulation thing to an entirely new level. The Daily Dot reports the studio behind The Revenant (20th Century Fox) collaborated with a software company Lightwave to track the emotions of people watching the Leonardo DiCaprio helmed film. 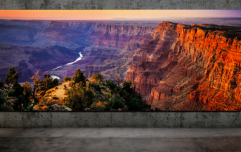 A 292-inch TV, an upgrade on 'The Wall', is here and it's an absolute monster

END_OF_DOCUMENT_TOKEN_TO_BE_REPLACED

The film is a survival movie where poor aul Leo is abandoned by his group in a forest after being attacked by a bear.

The audience were given monitors that tracked their movements and heartbeats.

The monitors measures your heart rate at a much more detailed level than your average fitness tracker, and they also measure skin conductivity which can indicate when someone feels tense, or surprise.

Take a look at their findings below, and just think about how directors of romcoms will use this to make us emotionally invested in some very dull characters, or how much more terrifying horror films will be now.

popular
Tommy Fury responds to Jake Paul ruining his baby news
Here's why Nicola Peltz-Beckham's family are suing her wedding planners
Looks like Maura Higgins knew Molly-Mae's baby name this whole time
Love Island's Zara speaks out after being dumped from the villa
Love Island's Haris spills all on an unaired fight between Zara and Tanyel
Gwen Stefani reportedly pregnant with baby number four
Chrishell Stause faced "unbelievable" trolling for relationship with G-Flip
You may also like
2 weeks ago
People are discovering you can use AAA batteries in AA devices
1 month ago
People are warning others about using new AI selfie app
2 months ago
Gifts for Him: 18 affordable presents for your old fella, brother or boyfriend this Christmas
2 months ago
Be quick! Here are 12 of the best deals in Lidl's huge Black Friday sale...
5 months ago
WhatsApp introduces way to choose who can and can't see you're online
10 months ago
Here's why you need to change your passwords right now
Next Page