Game of Thrones fans – you are in luck!

The music score from the Emmy award-winning HBO series Game of Thrones is finally set to be performed for us this side of the pond! 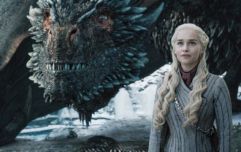 END_OF_DOCUMENT_TOKEN_TO_BE_REPLACED

An extraordinary orchestra and choir are set to provide us with the music created by Iranian-German composer Ramin Djwadi, who is also known for music from the likes of Iron Man, Clash of the Titans, Warcraft and the TV series Prison Break to name but a few.

Ramin and the rest of the talented crew are hitting the stage in the 3 Arena on the 24 May next year! Any fans lucky enough to nab themselves a ticket will be a part of an all-round epic performance of music - music they remember from each and every breath-taking or shocking events from all seven seasons of the outstanding show.

The phenomenal show kicked off in February of this year in North America and has since received oodles of remarkable praise from the critics.

The European Tour is set to include visits to 20 cities, the first being in Madrid on 8 May 2018. Tickets for the show in the 3 Arena in Dublin will cost around €59.99 and they’re set to go on sale Thursday 5 October at 9am. Don’t miss out!

popular
Here are all the Instagram accounts of the stars of Netflix's Cheer
A celebrity hairstylist just shared a genius hack for the perfect messy bun
16 and Pregnant star Jordan Cashmyer dies aged 26
Coming to terms with the fact that you're a Charlotte
Irish in Sydney shaken by Ashling Murphy murder
Someone has ranked the penis size of men from all over the world
Gardaí seize two cars linked to Ashling Murphy death as they question new suspect
You may also like
5 months ago
Emilia Clarke is set to be the next Marvel superhero
11 months ago
Kit Harrington and Rose Leslie welcome first child together
1 year ago
Sophie Turner: "If I can wear a mask to give birth, then you can wear a mask at Walmart"
1 year ago
Game of Thrones' Jack Gleeson is making his return to TV
1 year ago
Maisie Williams responds to rumours that Game of Thrones shot an alternate ending
1 year ago
Did you spot the Game of Thrones actor that was in Sex Education season 2?
Next Page