Inside Chernobyl: New documentary on the nuclear disaster gets release date

"Getting inside the reactor and even into Control Room Number 4."

Channel 5 is releasing a new documentary about the Chernobyl disaster which will be hosted by adventurer Ben Fogle.

This documentary will see Ben Fogle explore the Chernobyl Nuclear Power Plant itself where the explosion happened and live in the surrounding areas and danger zones that were destroyed in the disaster and are still to this day radioactive. END_OF_DOCUMENT_TOKEN_TO_BE_REPLACED

The plant exploded on the 26th April 1986 sending massive amounts of radioactive material across Europe. It is the worst nuclear accident in history, even after over 30 years there's still too much radioactivity in the area for people to be there for long periods of time.

Ben will live inside the Chernobyl Exclusion Zone for 7 days, they have even been granted access to film in the power plant and the control room but they can only spend 5 minutes inside the control room, due to radiation safety restrictions. 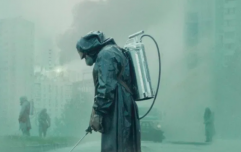 END_OF_DOCUMENT_TOKEN_TO_BE_REPLACED

Ben took to Instagram to talk about the project which will air on Channel 5 on Wednesday March 3rd.

Ben wrote: "With unprecedented access, I explore the hope after the meltdown. Meeting the people who returned both legally and illegally to live off grid in the vast exclusion zone."

"And following the wildlife that has returned to this once toxic landscape. As the world recoils from the pandemic and climate change, what lessons of hope can we learn from the aftermath of the 1986 disaster that threatened the world?"

Ben will also speak to some of the people who currently work at the plant. "Getting inside the reactor and even into Control Room Number 4, I will meet the thousands of workers who still work at the plant to contain the fallout. I explore the legacy of Chernobyl as Ukraine seek UNESCO world Heritage status for its unique historical relevance."

Ben Fogle: Inside Chernobyl airs on Wednesday 3rd March, at 9pm on Channel 5.

popular
Adam Collard responds to claims he cheated on Paige Thorne
Woman who 'fell off' rollercoaster ride is identified
Ellie Simmonds targeted by online abuse following Strictly debut
Corrie actress Lucy Fallon pregnant after miscarriage heartache
Netflix's true crime series Sins of our Mother is seriously insane
WATCH: First look at Netflix's YOU season 4
So, William and Harry have a step sister... and who knew?
You may also like
5 months ago
Ukraine recaptures Chernobyl after Russian soldiers flee after "significant doses" of radiation
2 years ago
'Extremely critical': Chernobyl orphanage hit by outbreak of #Covid-19
3 years ago
You can now drink vodka brewed from crops in the Chernobyl exclusion zone
3 years ago
120 children from Chernobyl arrive in Ireland today for month-long respite
3 years ago
Sky documentary featuring people involved in Chernobyl tragedy airs tonight
3 years ago
Bloggers criticised for taking 'insensitive' photos at the Chernobyl site
Next Page