The Falling is a film set in 1969 about a mysterious fainting and twitching epidemic at a girls’ school in Britain. It also stars some of Hollywood’s brightest stars including Maisie Williams and Florence Pugh.

We recently caught up with director Carol Morley to talk about the inspiration behind the film, dealing with taboo subjects and working with such a young cast.

END_OF_DOCUMENT_TOKEN_TO_BE_REPLACED

I was on the phone to my friend Bev about 10 years ago and we started laughing and she mentioned this village in medieval times where people couldn’t stop laughing and then after the phone call, I Googled it. I found a village in Tanzania in the sixties where there was a group of schoolgirls who got laughing contagion. They just couldn’t stop laughing and then it spread and it seemed to come under this heading of mass hysteria, mass psychogenic illness or mass conversion disorder. So there was this term and under that term there were lots of different outbreaks of fainting and/or twitching. The definition of a mass hysteria is that it happens to more than two people and you start to feel ill and you exhibit symptoms. The point of the matter was I became very intrigued and I made a short film about it. During the course of my research, I found that a lot of documented cases were in girls at schools, so I just decided to make a long film about it. Also, I went to a mixed comprehensive school and it was always my fantasy to go to a girls' school. I guess I was reliving a kind of fantasy. 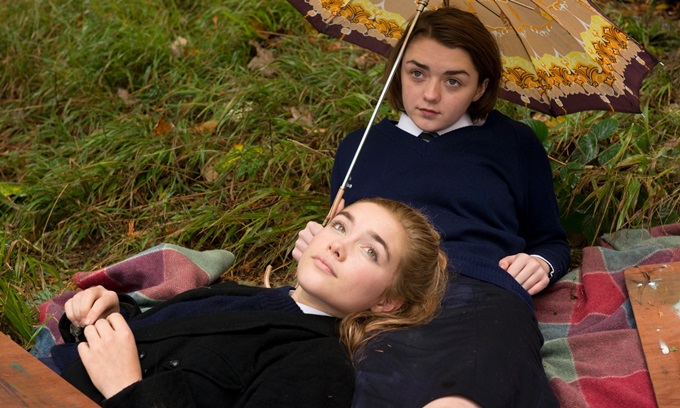 The Falling is in cinemas now.

END_OF_DOCUMENT_TOKEN_TO_BE_REPLACED

I like that you can’t put it in a specific class. I love genre films but with this one, I didn’t want to make it horror and I didn’t want to make it fully supernatural because for me, I never thought about what genre it was. I just thought about what a mass outbreak of psychogenic hysteria does. People will start to think there’s different reasons behind it. Someone might think it’s something in the food while someone else might think it’s a cult. I was more exploring how people would view it and the reaction to a hysterical outbreak, therefore it becomes all of those genres by default.

I think I’m naturally drawn to the things I’m interested in and then I find out they’re taboo. I don’t go out of my way to look for things that are taboo but then I feel I’m entering territory which could be difficult in different ways, for example looking at a young girl’s sexuality. I never sat out to look at taboos but I think I am interested in shining a light on the darker side of life. 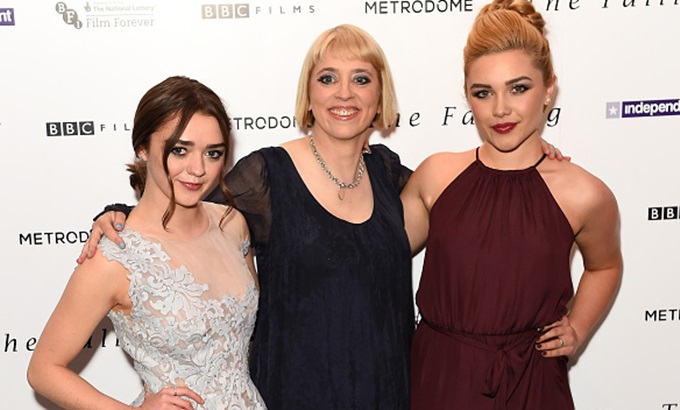 END_OF_DOCUMENT_TOKEN_TO_BE_REPLACED

Someone once said that a film is 80 per cent casting. If you don’t get the cast right, you can never catch up. You will never be able to make that person do something they’re incapable of doing. To find someone of 16, which Maisie Williams was at the time of filming, who was so skilful at bringing such a complex character as Lydia to life is a joy. At one point I thought we’d never find the right person and I’d never seen her in Game of Thrones, but the casting agent said you must see her. When she came in, I got her to tell me stories. If someone can tell you a story and captivate you, it’s a good sign. It’s always exciting to work with very talented people. I always think of actors as the front line. They’re the ones that, if it doesn’t work, it doesn’t matter how well produced it is, it doesn’t matter. It’s those performances that will draw the audience in. They were all great to work with.

All of the original songs in the film, the ones that already existed, were the ones I played when writing the script. I think I attributed a song to each character. That was one part and then when we cast the girls, I’d been asking them what instruments they play. As part of the rehearsal period, they would jam together. On set we also played the songs, that would end up in the film, to get the cast and crew in the mood. Music is very important for me in terms of connecting everyone and everything.

The Falling is in cinemas nationwide now.