At 30, David is the youngest priest in Ireland.

This weekend's edition of The Tommy Tiernan Show saw the comedian have a chat with Fr David Vard. 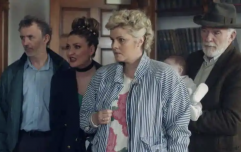 END_OF_DOCUMENT_TOKEN_TO_BE_REPLACED

While on the show, Fr Vard told Tommy about why he chose his career path.

"And then entering at 18 and continuing that in a deeper way. And realising that this God is good and this God loves me. And this God wants me to be a solider in this world for him.

"And falling in love with that idea, and taking that idea and owning it in my way. He's calling me David Vard and what does that mean? For me? And how can I be me as a priest in this world?"

Thank you everyone for your nice comments! Glad it’s over but happy it has aired. Cheers @Tommedian and every who worked on the show that night @rte #TommyTiernanShow pic.twitter.com/oqE9BA5kwg 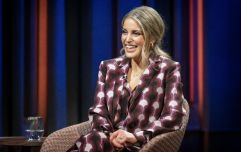 END_OF_DOCUMENT_TOKEN_TO_BE_REPLACED

Fr Vard also addressed the many scandals that the Catholic Church have been complicit in over the past few decades, including the Mother and Baby Homes and Tuam.

Addressing these, the priest said: "There is a dark cloud in Ireland over the church because we have a history. And that dark cloud has covered everything - anything that was ever good done by good people who never did anything wrong beyond the normal. 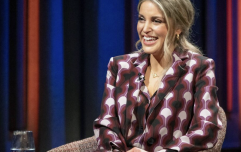 END_OF_DOCUMENT_TOKEN_TO_BE_REPLACED

"The sins of a few have darkened the goodness of a lot.

Fr Vard has since took to Twitter to thank viewers for their kind comments after his appearance on the talk show.

He wrote: "Thank you everyone for your nice comments! Glad it's over but happy it has aired."

He then tagged Tommy Tiernan to thank him, as well as the crew who worked on the show.