There's been a lot of upheaval in the X Factor universe lately with the departure of Nick Grimshaw, Caroline Flack and Olly Murs but fans of the series will be pleased with this news.

According to The Sun, ITV and Simon Cowell are in talks to create a deal keeping the singing competition on the air until 2019.

The negotiations surrounding the series don't look set to be completed until May, but this puts the rumours that ITV were planning on 'resting' the show to bed. 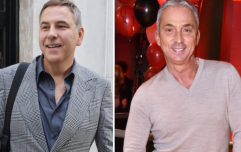 Could Bruno Tonioli be replacing David Walliams on Britain's Got Talent?

END_OF_DOCUMENT_TOKEN_TO_BE_REPLACED

The negotiations look set to keep Britain's Got Talent on the air too, which is going to enter into its tenth series shortly.

It remains to be seen how the producers of X Factor will try to lure in new viewers, given the relative lack of success and ratings of the most recent series, the winner of which Louise Johnson only sold 39,000 copies of her album.

popular
Bride asks for divorce day after wedding following groom's disrespectful cake stunt
Tributes paid following tragic death of Emma Pattison and her family
Head of dive squad searching for Nicola Bulley thinks 'something's not right'
Love Island fans are calling for Ron to be dumped after accusing him of "gaslighting" Lana
Teenager killed in shark attack after swimming with dolphins in Australia
Here's why Nicola Peltz-Beckham's family are suing her wedding planners
Has the Call Her Daddy podcast just pulled the best marketing stunt of all time?
You may also like
3 weeks ago
X Factor contestant Katie Waissel plans to sue Simon Cowell
2 months ago
David Walliams has reportedly quit Britain's Got Talent following offensive comments
5 months ago
Simon Cowell's company faces "lawsuit" from former X factor contestants
1 year ago
Simon Cowell "lucky to be alive" as he's rushed to hospital after second bike crash
1 year ago
ITV says there are "no current plans" for a next series of The X Factor
3 years ago
Love Island viewers were convinced they saw Simon Cowell in the villa last night
Next Page