A statement has been issued.

ITV have responded to rumours of a feud between This Morning's Phillip Schofield and Holly Willoughby.

The pair have become firm favourites among This Morning fans over the years and, we'll admit it, we couldn't picture our mornings without them on our telly screens.

However, recent reports have claimed behind-the-scenes tensions between  Schofield and Willoughby.

This Morning's editor Martin Frizell responded to the claims as he insisted there is a "genuine friendship" between the pair.

“We have the smartest viewers watching telly and believe me they would be the first to notice any issues — they haven’t because there are none," he told The Sun. 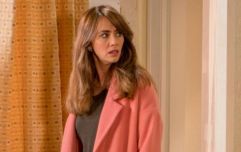 Coronation Street has confirmed a heartbreaking storyline for Maria Connor

END_OF_DOCUMENT_TOKEN_TO_BE_REPLACED

A spokeswoman for ITV also issued a statement, emphasising that "Holly and Phil are great friends, both on and off screen." She added that the pair are "popular among viewers and colleagues alike".

“It’s deeply disappointing and unfair for Phillip to be the target of this sort of malicious gossip. Phillip is a much respected broadcaster and colleague and this is absolutely not a description of This Morning that we recognise," she told the publication.

“Holly and Phil are great friends both on and off screen and are popular among viewers and colleagues alike.”