Episode seven is out now!

She can see right through him, in fairness.

END_OF_DOCUMENT_TOKEN_TO_BE_REPLACED

Love Island has been fairly heated these past few days.

Molly-Mae and Maura have had a fight to the death over Tommy. Lucie and Amy have thrown cake and tomato ketchup over each other out of sheer hatred. Anna has been lamenting the loss of Sherif.

And then there's Joe - the anxious little sandwich boy who seems to think that his half-girlfriend isn't allowed to talk to any other boys.

Lucie has been having a hard enough time of it lately as she struggles to hang out with the lads, keep Joe happy, and tell Amy that she just doesn't like her, alright? 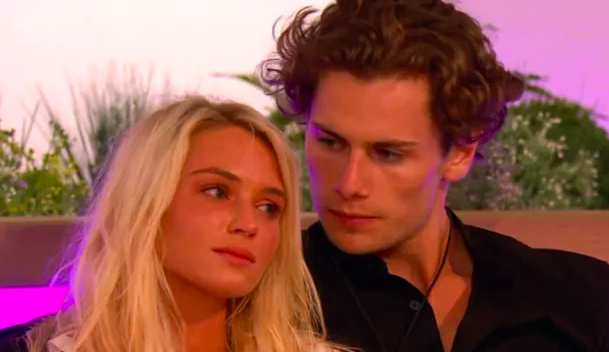 END_OF_DOCUMENT_TOKEN_TO_BE_REPLACED

And while Amy's been having her own go at the surfer, last night's episode saw half-boyfriend Joe get involved too as he took Lucie aside and told her that she had to go hang out with the girls more while also having more respect for him.

Lucie was, of course, fairly upset by the exchange and decided to have a cry about it. The audience, on the other hand, decided to give out about Joe's behaviour online.

One of those audience members was Megan Barton Hanson, Love Island contestant from last year and general unreal gal.

Taking to IG Stories last night, Megan called Joe "jarring" and said that she felt bad for Lucie having to put up with him. 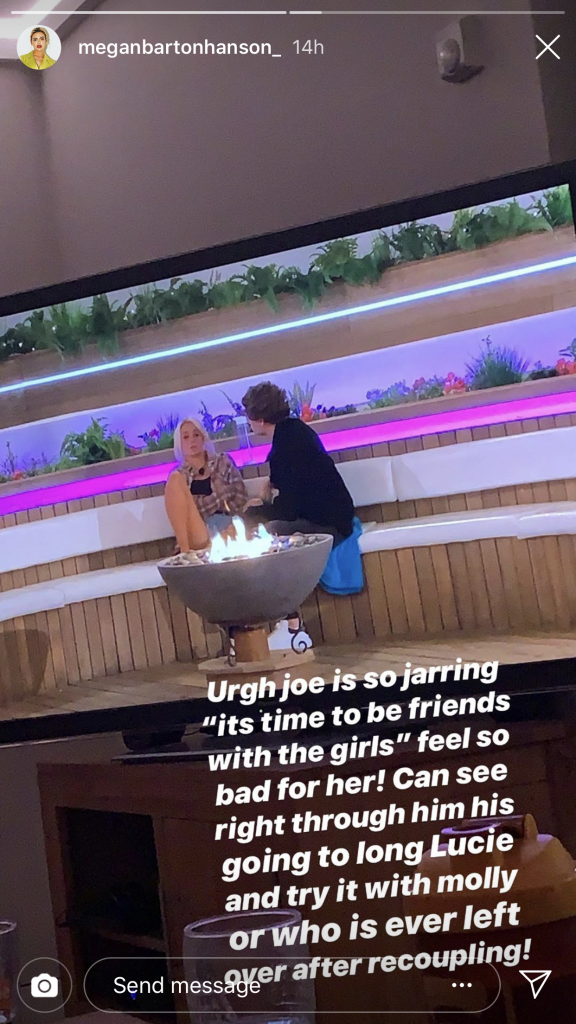 "Urgh Joe is so jarring, 'it's time to be friends with the girls' feel so bad for her!" she wrote.

"Can see right through him, he's going to long Lucie and try it with Molly or whoever is left after recoupling."

Now, we've no idea what "long Lucie" means either, but it's safe to say that Megan is less than impressed with the way Joe has been carrying on.