Jennifer Zamparelli won't be on this week's DWTS due to Covid

Presenter Jennifer Zamparelli will be missing this week's episode of Dancing With The Stars after she has tested positive for Covid-19.

Former winner of the show Lottie Ryan is set to stand in for Jennifer alongside co-host Nicky Byrne on Sunday night's episode. 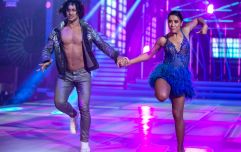 END_OF_DOCUMENT_TOKEN_TO_BE_REPLACED

And if all is looking well, Jennifer will be able to return to her 2FM show later next week, broadcasting from home.

Sunday night is set to see the third episode of Dancing With the Stars with all 12 couples set to take to the dancefloor for the first time in this year's competition, with the first round of eliminations also set to follow.

This is not the first time the show has had to deal with Covid, with Love Island star Matthew MacNabb contracting the virus days before the first show and then professional dancer Emily Barker also being diagnosed with Covid-19 ahead of the show.

This meant that former newsreader Aengus Mac Grianna had to self isolate as he was deemed a close contact. 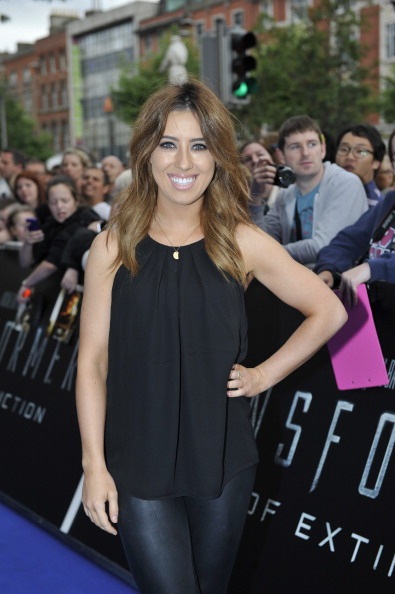 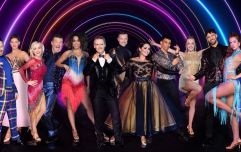 END_OF_DOCUMENT_TOKEN_TO_BE_REPLACED

According to EVOKE, the show is set to give a "pass" to performers if they test positive to the virus during this year's show and they will be allowed to continue to compete in the show after their isolation is up.

A spokesman told EVOKE: "Emily is due to perform on week two of Dancing With The Stars Ireland. Six dancers will perform tomorrow night and six on week two. There will no eliminations until week three."

Producers were concerned about the vast spread of the Omicron variant and have agreed that anyone unable to perform due to it will get a "pass" until it is safe for them to come back. 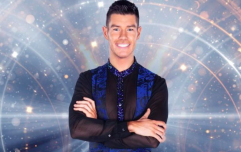 END_OF_DOCUMENT_TOKEN_TO_BE_REPLACED

An RTÉ spokesman told the Mail on Sunday: "RTÉ and Dancing With The Stars are working to robust health and safety procedures that are under continuous review. Contingencies are in place, and anyone who tests positive must self-isolate following the latest Government guidelines. Should anyone not be able to perform, all being well and adhering to guidelines, they can perform the next week."

popular
Hang on, Tasha and Coco know each other already?
Love Island: Mollie's family issue apology following allergy comments
Love Island fans think someone has left after Luca arrives back to empty bed
WATCH: Gemma is left fuming in tonight's Love Island as Luca kisses another girl
Love Island fans are fuming after yet another cliffhanger
Ireland expected to be hotter than parts of Spain this weekend
Penneys has a perfect dupe for Charlotte Tilbury's Flawless Filter foundation
You may also like
3 months ago
Becky Hill: "I love the Irish, they’re one of the friendliest people around"
3 years ago
It looks like Dancing With The Stars could face the axe as RTÉ 'goes quiet'
3 years ago
Mairéad Ronan won Dancing With The Stars last night, and her reaction was priceless
3 years ago
Aidan O'Mahony announced his wife's second pregnancy in a sweet Instagram post
4 years ago
There were a LOT of mixed reactions to Erin McGregor being voted off DWTS
4 years ago
Conor McGregor calls sister Erin 'a little beast' as he attended DWTS last night
Next Page