"Due to some issues in my personal life, I have to step away."

Impractical Jokers star Joe Gatto has left the show due to "personal issues."

The TV personality, who has been a part of his comedy troupe for over two decade, announced the news over the weekend. He also confirmed that he had split from his wife, Bessy, and that this contributed to his decision.

“I just wanted to let you all know that I will no longer be involved with Impractical Jokers," he said via a statement.

“Alongside my friends, I’ve devoted a decade of my life to building this franchise and couldn’t be prouder of what has been accomplished. However, due to some issues in my personal life, I have to step away.

“Bessy and I have decided to amicably part ways, so now I need to focus on being the best father and co-parent to our two incredible kids." 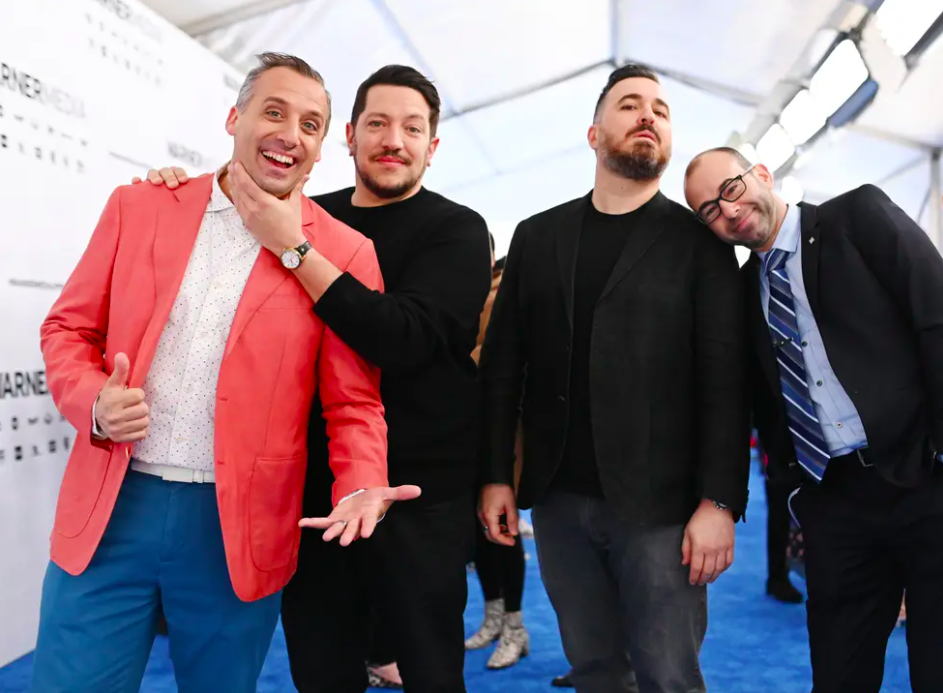 A hidden camera series, Impractical Jokers has aired on Comedy Central since 2011.

Starring members of the The Tenderloins troupe (Gatto, James "Murr" Murray, Brian "Q" Quinn, and Sal Vulcano) the show has been praised for its somewhat unique take on the hidden camera comedy show and has garnered a significant fanbase over the years.

Gatto went on: “Outside of my family, my relationships with Murr, Q and Sal have been the most important in my life. I know they will continue to make the world laugh.

“And even though the four of us are the ones who you all see, this show is only possible due to the hard work of the talented crew members who work behind the scenes. I am very thankful to have worked with each and every one of them.

“To all of the amazing fans, thank you for allowing me to make you laugh with Jokers. They say that laughter is the best medicine, and I hope I’ve been able to provide some of that over the last decade.

“Seeing you laugh has been my own medicine, particularly in these weird and difficult times we find ourselves. As I work through the challenges I am facing, I hope to and am excited to create new ways to entertain you.”

popular
Cavan parents remember teenage son as "character of the family" on emotional PrimeTime interview
GPs will not be included in pandemic bonus payment
These are the top baby names for 2022
Madeleine McCann investigators say they've found new clues that could "heavily incriminate" suspect
Gardaí investigating woman's death after body found in apartment
Emmerdale star Toby Kirkup died hours after being discharged from hospital, inquest finds
People are only realising Kendall Jenner and Gigi Hadid are related and the reactions are gas
You may also like
1 week ago
Huge amount of new evidence in Making a Murderer case could see Steven Avery freed
1 week ago
Is it time for Grey's Anatomy to end?
1 week ago
Dawn French shares tribute to Vicar of Dibley actor Gary Waldhorn
1 week ago
Desperate Housewives could be coming back - but what could we expect from a reboot?
1 week ago
The Morning Show has been renewed for a third season
1 week ago
WATCH: Man tries on pregnancy bump and literally cannot function
Next Page