Two years after appearing to die, Fair City's Ciaran Holloway is coming back with a bang.

Carrigstown's kidnapper is in for "something crazy" when he returns next week, actor Johnny Ward has said.

Viewers will remember Ciaran for keeping Katy O'Brien in a box for 13 months. We last saw him when he was stabbed in May 2017.

Even Johnny, who plays Ciaran, thought he was dead but the character will be back on screens for the soap's 30th anniversary special next week.

Speaking about the return, Johnny told RTÉ; "You know, he’s very misunderstood. He’s had a very difficult life. He thought his sister was dead for all of these years and he comes back and finds out that Tessa is actually alive!

"He sees a newspaper article and discovers that she is in Carrigstown of all places. He arrives on his own and he has to keep a low profile.

"Then, something crazy happens, and I think when the nation sees it they are just going to be like 'Oh my God!’." 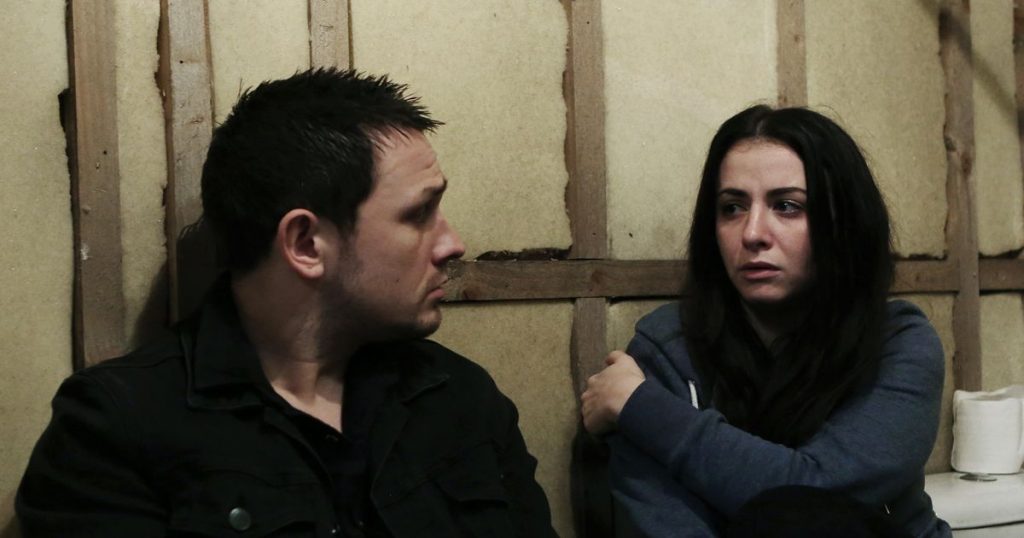 Johnny has appeared in Coppers: The Musical and Dancing With The Stars since leaving Fair City, admitted he was apprehensive about coming back.

"I was worried that it wasn’t going to be the same, or I wouldn’t remember the character, because it’s been two and a half years, it was April 2017, it was so long ago.

"The second I got back and we went through the read-through, and I got to see everyone, I just got really, really excited, and it has been that way ever since."


popular
The comfy €42 M&S boots we're going to be living in all spring
The €30 New Look skirt that will go with everything in your wardrobe
Better bundle up, Met Éireann are forecasting snow in parts of the country over the weekend
The floral Penneys dress that will instantly update your spring wardrobe
Meghan Markle and Prince Harry issue lengthy statement sharing new details about their exit from royal life
The €35 New Look dress that would be the perfect wedding guest outfit (and it comes in three colours)
We are absolutely loving this gorgeous €10 khaki mini dress from Penneys
You may also like
5 days ago
First look at Season 6 of Line of Duty suggests a new character is commanding AC-12’s attention
1 week ago
Sky share the first trailer for Maisie Williams' Two Weeks To Live and we're already hooked
1 week ago
First Dates Ireland are looking for single people to take part in the next season of the beloved show
1 week ago
Line of Duty Season 6 is set to air in Autumn as new plot details are revealed
1 week ago
Sky release trailer for 'I Hate Suzie' - a new drama looking at the aftermath of revenge porn
1 week ago
Sky Atlantic's Sweetpea is the show that's going to be your next TV obsession
Next Page