"He had a great experience on Love Island, so figured why not give reality TV romance another whirl?"

A source told The Sun that he is set to make an "explosive debut" on the Channel 4 series, which sees A-listers join an exclusive dating agency to be set up with a non-celebrity partner.

END_OF_DOCUMENT_TOKEN_TO_BE_REPLACED

The insider claimed that Liam will appear a few episodes into the season.

They said: "He may only be recently single but things weren’t working out between him and Millie for a while so he feels ready to throw himself back into the dating pool.

"At the end of the day, the show is a bit of fun and he had a great experience on Love Island, so figured why not give reality TV romance another whirl?" 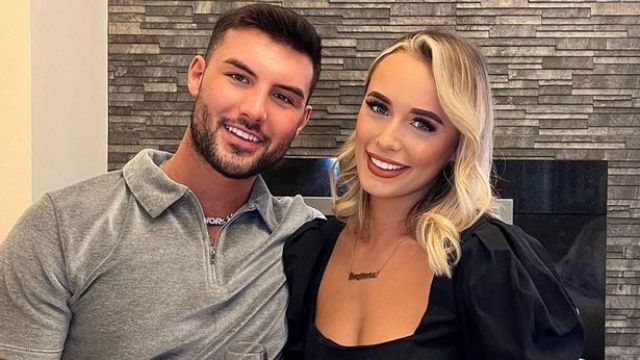 END_OF_DOCUMENT_TOKEN_TO_BE_REPLACED

Reports of Liam's Celebs Go Dating debut come a month after Liam and Millie announced their breakup. The pair won their season of Love Island after taking 42.02% of the public vote ahead of Chloe Burrows and Toby Aromolaran, but recently called time on their relationship.

Millie shared the news with a post on Instagram which read: "Hi everyone, to avoid any speculation Liam and I wanted to share with you that we have separated.

"It's been a tough decision and I am gutted but it's ultimately what is best for us right now. Thank you to every single one of you for supporting our relationship."

"Nothing will ever take away from the amazing experience we shared in Love Island and the past year and I wish Liam all the best in everything he does."

Millie added, "We're both ready for new chapters and I'm excited for what's next. Love, Millie."

Prior to their breakup, they had been living together in Millie's hometown of Essex.

popular
Shawn Mendes (24) is reportedly dating Dr Jocelyne Miranda (50)
Brighten up your Christmas with these affordable festive lights, coming to Lidl next week
Irish wellness brand cancel Cork pop-up following explosion on ship full of stock
Apparently this is the best date to put up your Christmas tree
Why Are Men so Obsessed With Boobs? The Answer is Pretty Surprising...
Lauren Graham shares who she thinks Rory's baby daddy is
Natalie Imbruglia's Torn is actually a cover and the original just isn't the same
You may also like
1 day ago
Love Island: Davide "not surprised" by Gemma and Luca's split
3 days ago
Love Island's Chloe and Millie have moved in together after splitting from Toby and Liam
5 days ago
Love Island stars rush to support Luca Bish after his split from Gemma Owen
1 week ago
Luca Bish addresses Gemma Owen breakup
2 weeks ago
Dami Hope and Indiyah Polack set to move in together
2 weeks ago
Adam Collard addresses *that* viral video again
Next Page