WATCH: The first track from Will Ferrell's Eurovision movie has been released

The Eurovision was supposed to be on over the weekend, but it wasn't, because of coronavirus.

What was on, however, was a non-competitive version of the song contest, showcasing each of this year's entries to give them the attention and celebration they deserve.

It was a pretty good watch, and will thankfully satisfy the cravings that most of us Eurovision fans will undoubtedly harbour until the song competition returns next year.

But, if you find you're still desperate for some sweet Eurovision content, never fear because Will Ferrell's eagerly anticipated Eurovision movie is coming to Netflix next month - and the first track has already been released.

Unsurprisingly, it is a banger. 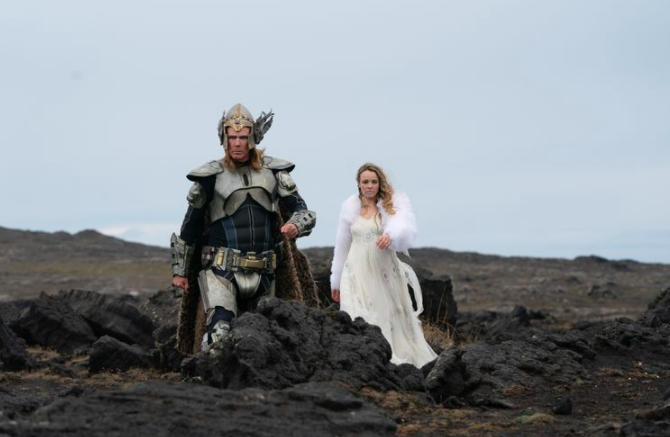 The Netflix movie, aptly named Eurovision Song Contest: The Story of Fire Saga, stars Ferrell and Rachel McAdams as a pair of  Icelandic musicians, desperate to make a name for themselves in the song contest.

Demi Lovato and Pierce Brosnan will also be making appearances in the film, which has been co-written by SNL's Andrew Steele.

Ferrell's and McAdams' characters' song is called 'Volcano Man'. Because Iceland. Get it?

The official lyrics (because yes, you do want them), are as follows:

Woke up at night

To the highland fjords

On a mountain peak

And he began to speak

He's got my melting heart

A timeless hero must love too

A timeless hero must love too

And I love you

Eurovision Song Contest: The Story of Fire Saga will be streaming on Netflix from June 26.

You can check out the official video for 'Volcano Man' here:

popular
Kate Middleton has addressed the rumours that she's pregnant with her fourth child
Curtain bangs are trending - here's everything you need to know
Will there be a second season of Gilmore Girls: A Year In The Life? Here's what we know
The Queen has banned Meghan Markle from wearing any of Princess Diana's jewellery
QUIZ: How well do you really remember the first episode of Sabrina The Teenage Witch?
'Beard-baiting' is now apparently a dating trend - and we're all for it
So, William and Harry have a step sister... and who knew?
You may also like
6 days ago
5 Netflix releases to keep an eye out for in October
1 week ago
4 new additions to Netflix to spend your weekend watching
1 week ago
Selling Sunset's Chrishell Stause reveals "the brokerage has split"
1 week ago
Netflix's Cheer star Jerry Harris arrested on child sex images charge
1 week ago
'You' season three to resume filming this autumn
1 week ago
5 things I learned while binge-watching 'Get Organised With The Home Edit' on Netflix
Next Page