Once upon a December...

We all know the classic Disney Princesses, like Snow White, Mulan, Belle and Pocahontas.

But following the news that Disney would be buying up 21st Century Fox's assets, it looks like another beloved animated movie character could be joining their ranks: Anastasia Romanov.

The 1997 movie Anastasia has often been thought of as a Disney film - and it's easy to see why.

There's a heart melting love story, a terrifying bad guy and a grand ball with plenty of glitz and glamour.

And, like any should-be Disney movie, it's full of catchy songs that you just can't get out of your head.

However, the movie wasn't actually produced by Disney - it's a film by Fox Animation Studios, a division of 20th Century Fox.

But now, after 20 years, it looks like fans may finally get their wish and could see Anastasia crowned a Disney Princess.

Disney announced this week that it would be buying 21st Century Fox's TV assets and film studio for $52.4 billion (€44.5 billion), which left many fans wondering: could Anastasia finally be about to become a real Disney Princess?

And people have been absolutely freaking out over the possibility since the news was announced on Thursday.

So Disney bought Fox. This means that on this glorious day, finally, Anastasia is officially a Disney princess. 😱😍 I lived to see that day 😍#Anastasia #AnastasiaMusical #anastasiadisneyprincess #disney #fox #adaytoremember pic.twitter.com/q4BGOBLJgk

DOES THIS MEAN ANASTASIA IS NOW FINALLY A DISNEY PRINCESS?!?! 😱 #21stCenturyFox pic.twitter.com/LEYSdQqDsU

Excuse me, I have to scrub every angry rant I’ve ever written about Anastasia not being a Disney princess from the internet. #DisneyFoxDeal 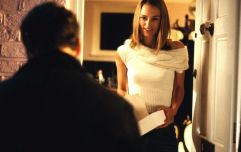 Apparently, these are the 51 best romantic comedies of ALL time

END_OF_DOCUMENT_TOKEN_TO_BE_REPLACED

The deal between the two entertainment companies will take around a year to finalise.

So if Anastasia Romanov is going to become an official Disney Princess, it's unlikely to be any time soon - after all, we'd imagine it's a little more tricky than just having your parent company bought out by another.

But it's not just the characters of the beloved animated movie that Disney will be taking under their wing.

The mammoth deal means that the House of Mouse will be acquiring the right to a load of different movies and characters, like Alien, The Simpsons, Avatar and many of the Marvel movies.


popular
The €35 New Look dress that would be the perfect wedding guest outfit (and it comes in three colours)
We are absolutely loving this gorgeous €10 khaki mini dress from Penneys
The stunning €40 Zara dress that's ideal for Saturday night drinks with the girls
After last night, Love Island viewers are backing one couple to win the show
Louise Cooney just wore an unreal €35 puffer jacket from PrettyLittleThing
Channing Tatum had the perfect reaction to Jenna Dewan's engagement news
Gardaí investigating the death of an infant in "unexplained circumstances" in Waterford
You may also like
1 week ago
A postpartum ad has been banned from the Oscars this year
2 weeks ago
The internet is bursting with beautiful tributes to #girldads and it's all thanks to Kobe Bryant
2 weeks ago
Mrs Hinch just shared the super-clever way she cleans her beauty blender (and we are impressed)
1 month ago
Mum-to-be furious after husband promises his mother they will name their baby after her
1 month ago
A plaque was erected in Dublin to honour 'the guy who slipped on the ice' 10 years ago
1 month ago
Swedish authorities intervened when parents tried to give their child 'devil name'
Next Page