Erin McGregor was kicked off Dancing With the Stars last night.

The sister of UFC fighter Conor McGregor, was left in tears as she said goodbye to the show, and told her fans to never give up on themselves.

Speaking of her elimination in the semi-final, she said: "I really didn't believe in myself in the start. I got a lot of slack... this competition has given me the realisation that I have more strength in me and anyone at home that has a dream never never give up on it." 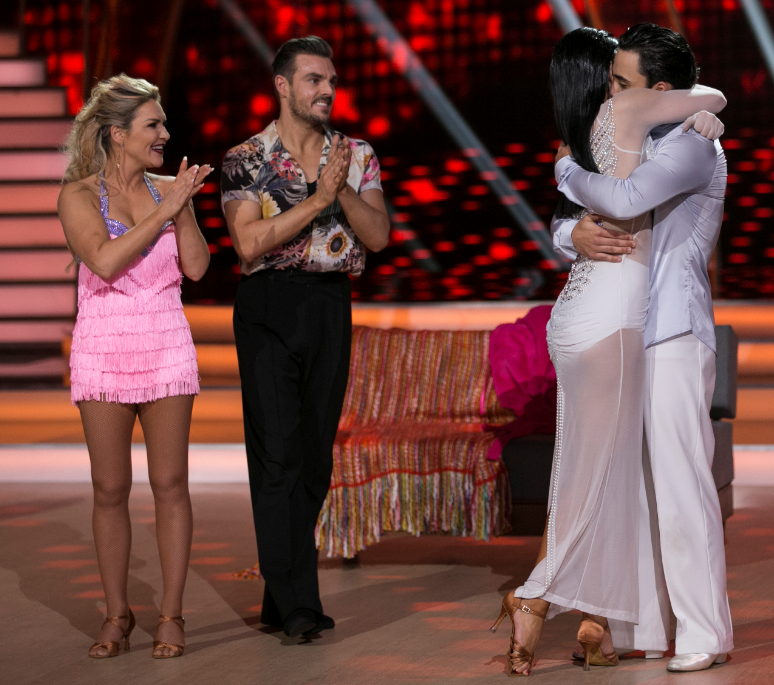 And it seems like the public were largely disappointed with her loss, writing on Twitter to tell Erin to keep her head up high:

You were amazing so passionate and dedicated! Congratulations to yourself and ryan! You have come a long way, well done very proud of you! Don’t stop dancing! ??

Can't believe it - robbed you were! #DWTSIrl

You ought to have made it on your dancing ability but it’s not about that as was seen over the weeks, some celebrity’s are better known and have big backup, you did well to have battled each week and it was your ability that brought you through #DWTSIrl

Genuinely gutted you are gone #DWTSIrl you were brilliant

There were a few naysayers too, but sure don't we always get those:

So much for “You will never Beat McGregor”

The final of Dancing With the Stars will air next Sunday on RTÉ One.

popular
Medics were called into Love Island villa after Ekin-Su had a panic attack
Laura Whitmore addresses negative Love Island comments
Upcoming X Factor documentary to expose "bullying and exploitation"
John McAreavey reveals baby number two is on the way
Coco Lodge has released her Love Island audition tape
Top tips for keeping your fake tan on for longer as the weather heats up
Congrats! Ailbhe Garrihy is expecting her second baby
You may also like
1 month ago
Body of a man discovered on RTÉ campus
1 month ago
Leo Varadkar says he hopes RTE and Pride can "sort out" differences
2 months ago
RTÉ 'disappointed' by Dublin Pride's decision to end partnership
2 months ago
Dublin Pride terminate partnership with RTÉ following Liveline programmes on gender identity
2 months ago
Claire Byrne takes her final bow as RTÉ show comes to an end
2 months ago
Claire Byrne Live set to finish for good on Monday after seven years
Next Page