You're supposed to drag him girl, not be his best mate. 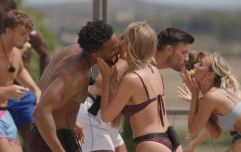 People are sharing why they wouldn't go on Love Island, and their reasons are gas

END_OF_DOCUMENT_TOKEN_TO_BE_REPLACED

And people were pretty excited for it seeing as both Joanna and Michael were going to make an appearance as they were both dumped from the villa in the past week. 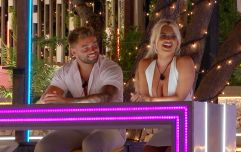 Liberty and Jake are making serious moves in their relationship tonight

END_OF_DOCUMENT_TOKEN_TO_BE_REPLACED

Although Michael and Joanna's interview was a tad awkward at times, it was essentially grand.

The pair threw some slight digs at one another but pretty much just had a nice, somewhat flirty time sat there on the sofa while Caroline grilled them about their relationship.

Shame, to be honest.

Could've been some car crash TV there. 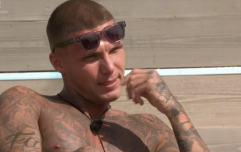 END_OF_DOCUMENT_TOKEN_TO_BE_REPLACED

In fact, Michael and Joanna's interview was so friendly that people were convinced that Joanna is going to take the firefighter back, despite saying she had put a "pause" on their relationship.

Joanna is a MUG to take Michael back.. it wont last!! #LoveIsland

Caroline dragging Michael more than Joanna is. Joanna is so dissapointing.

And Joanna was giving it all the lip via social media etc...until she saw Michael face2face lol she did a 360 #loveisland

This comes after Michael admitted that he was going to try and speak to Joanna again after leaving the villa.

"I know that she’ll have seen what’s gone on and I hope she understands I needed to make up to Amber," he said after being dumped last night.

"There was always going to be a natural draw between me and Amber because of how friendly we were. I did think about Joanna every day that she wasn’t there.

"She was always on my mind and I will try to speak to her."

Girls With Goals || Her · Ep.161: Feeling Peachy - Sharon Keegan of Peachylean on being an absolute BOSS!
popular
Bride dislocates her leg during her first dance in viral clip
Emilia Clarke is set to be the next Marvel superhero
Jennifer Lopez and Ben Affleck just became Instagram official
People are sharing why they wouldn't go on Love Island, and their reasons are gas
Cristiano Ronaldo has been called 'racist' for his latest Instagram post
Goodbye McDreamy! Disenchanted officially wraps filming in Enniskerry
Love Island fans reeling after shocking recoupling
You may also like
23 hours ago
Love Island's Dr Alex marks one year anniversary of brother's passing
1 day ago
Love Island fans reeling after shocking recoupling
1 day ago
Toby and Chloe are in for an explosive night on Love Island
1 day ago
It's a lot harder than it seems to actually get on Love Island
2 days ago
Love Island hit with 1,500 complaints over Danny Bibby
2 days ago
Love Island viewers spot major editing mistake in last night's episode
Next Page