They are denying the rumours.

Love Island producers have responded to claims that Jacques O'Neill was secretly kicked off the show after rumours began circulating online this week.

One social media user posted supposedly leaked screenshots of messages that had been allegedly shown to them by someone who worked for ITV.

END_OF_DOCUMENT_TOKEN_TO_BE_REPLACED

The messages said that Jacques had been kicked off the show for misogynistic behaviour and allegedly doing a derogatory impression of Tasha Ghouri.

The messages also claimed that when Jacques was told he would be leaving, he threw a "fit" and bosses compromised with him to leave due to "mental health" to protect his and their image.

According to the Mirror, ITV has dismissed the claims saying they are completely false and Jacques left the show on his own terms. 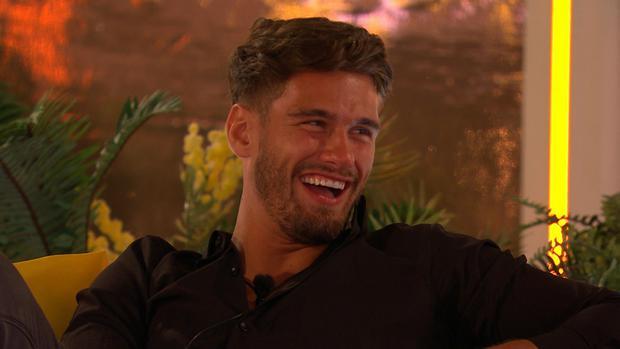 END_OF_DOCUMENT_TOKEN_TO_BE_REPLACED

Jacques quit the show after claiming he wasn't being himself not long after Casa Amor and Adam Collard's return to the show.

This is not the first time fans have claimed Jacques has been bullying Tasha after a video emerged online of him speaking ill of her.

The clip was allegedly posted on his private Instagram story during the Love Island final as he appears to be mocking Tasha as she declares her love to Andrew.

Impersonating fellow islander Davide, as Tasha is speaking, Jacques says: "You are a liar, an actress, go the f**k out.”

END_OF_DOCUMENT_TOKEN_TO_BE_REPLACED

After claims that he was "belittling" Tasha, she and Andrew have both unfollowed him on Instagram.

They are not the only ones to acknowledge his behaviour as former islander Remi from earlier in the season claimed earlier this week that Jacques and Luca should have been removed from the villa due to their behaviour.

He said: "Everyone said I lied about the way I was treated in that villa, but this here is an example of what was going on whilst I was in there. Don't know why they wasn't kicked out for their behaviour to be honest. It's not banter, it's clear signs of bullying.

"Worst person to represent mental health and ADHD campaigns. He’s still out here mocking not just me but other islanders too. You’d think with such a big platform they would use it to promote peace, but they’re using it to troll and they’re loving the attention. Immature."