How could you ever forget a man like Chuggs?

It's been many, many days since Chuggs (Cuddles and Hugs) was dumped from the Love Island villa, and yet it's only right that he's still the first name on everybody's lips.

The bucket hat business man left the villa after he was failed to be picked by bombshell Rachel, who has also recently been dumped from the show, don't you know.

END_OF_DOCUMENT_TOKEN_TO_BE_REPLACED

But Chuggs lives on - in his spirit, his comedic effect, and the fact that just about every islander still in the villa had met him before the show.

Upon his entry, Hugo announced that he knew Chuggs from his rugby circles. After that another one of the boys admitted that he was also aware of who the bucket hat aficionado was. And now Lucinda has also revealed that she had met Chuggs before - on a dating app.

"You know what? I actually matched with Chuggs on a dating app. I remember talking to him about bucket hats," she said in unseen footage.

"And then this guy comes in and he's like 'Hi, my name is Chuggs. I own a bucket hat company,' and I was like, I've literally had this conversation."

You and everyone else, girl.

Lucinda is unfortunately currently at risk of being dumped from the Love Island villa, alongside Brad. The pair were voted by the public to be the last compatible last night, leaving them both vulnerable. 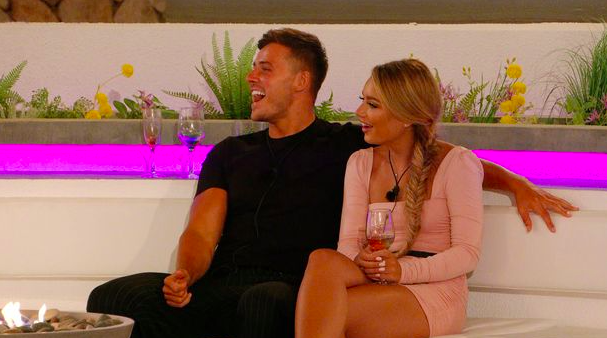 END_OF_DOCUMENT_TOKEN_TO_BE_REPLACED

However, it will not be the islanders who decided who stays and who goes, but Brad and Lucinda themselves. They will make that decision tonight, leaving one of them dumped and the other safe in the villa to carry on and try to find love.

The good news is that at least if Lucinda leaves, she can meet up with Chuggs and finish what they started over on that dating app. Sorted.