Very juicy gossip from the hottest show down under...

Warning, there are some spoilers involved in this piece.

Everyone is talking about Married At First Sight Australia, if you haven't watched it, get on it asap, it's golden! But one of the stars of the show, Jessika Power, is convinced that two of her co-stars were together before the series started filming - that's how well they got on. 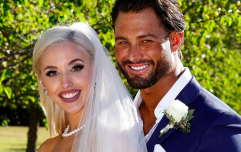 END_OF_DOCUMENT_TOKEN_TO_BE_REPLACED

She told the Metro.co.uk: "I have this weird conspiracy theory about Cam and Jules, and everyone thinks I'm weird and insane but I'm sorry.... There's no way you're going to meet a complete stranger, do everything that we did, and completely love that person, every aspect.

"Because Channel Nine that aired it, MAFS hadn't had a successful couple story in a very, very long time. I feel that they needed to have that, so I think what they've done is they found a couple that were already together. I don't know if this sounds insane but I swear to God, how?! That was weird!" 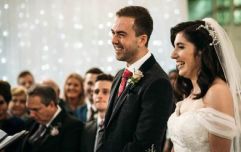 END_OF_DOCUMENT_TOKEN_TO_BE_REPLACED

But according to Jules and Cam's rep, this is all just a theory. "I can confirm that Cam and Jules had never met before and all contestants genuinely took part in the experiment as strangers," they said.

In other news the stars of the reunion episode, which aired in Australia earlier this month, have spilled all the tea, you could ever need about the show. Jess even spoke about an argument she had with 'Cyclone' Cyrell Paule, which never made the final cut.

She told Australian radio show Jimmy and Nath" "They didn't show a lot of it. Cyrell was just attacking everybody from the get-go - I was the last victim on her little list.

"The level of language that was used by her and Ines [Basic] - I was gobsmacked. It was really a hostile situation."

Girls With Goals || Her · Ep.160: The Beauty Of Coaching - Hayley Harrison joins us from Sport Ireland
popular
Someone has ranked the penis size of men from all over the world
Kate Middleton has addressed the rumours that she's pregnant with her fourth child
A royal insider has revealed the truth behind Meghan and Kate's rumoured feud
M&S just launched the designer collaboration of dreams – with the ONE dress everyone needs
Prince Philip 'advised Prince Harry not to marry Meghan' for a brutal reason
The Queen has banned Meghan Markle from wearing any of Princess Diana's jewellery
Un-retouched pics of Khloe and Kylie on a shoot have emerged - and they look beautiful
You may also like
1 month ago
MAFS star Lauren shares story of "pimple" that turned out to be skin cancer
1 year ago
Roxanne Pallett engaged to US reality star after whirlwind romance
3 years ago
Fancy marrying a stranger? Married At First Sight is looking for applicants
4 years ago
Married at First Sight star's illness diagnosed by concerned Instagram followers
4 years ago
Married at First Sight contestant has spoken out about her experience on the show
4 years ago
This ‘Married At First Sight’ couple have welcomed their first baby
Next Page