It's the Love Island fight we've been waiting for - Amber and Maura.

Yes, two of the show's fieriest queens will square off tonight when Amber accuses Maura of not having her back.

It all kicks off after Amber spots Maura and others chatting to Michael after her tense exchange with him.

END_OF_DOCUMENT_TOKEN_TO_BE_REPLACED

"Don't come over and shout from over there to me to tell me to sit down like I'm a f***ing dog," Amber says to Ovie, gesturing at Anna, Maura and others who are with Michael in the kitchen.

"You need to see who's for you and who's not for you," Ovie replies, attempting to calm her down.

"But even people like Anna there sitting having a laugh with him," Amber continues.

"F*** those people that have just riled me up and that are just talking to them."

Later, as the girls get ready for bed, Maura asks Amber how she is. 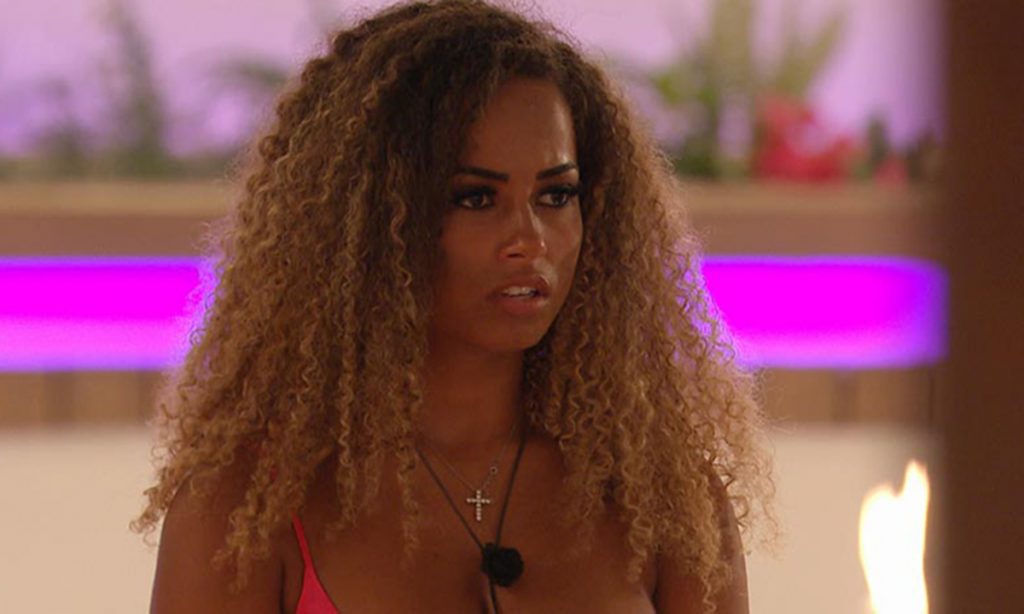 END_OF_DOCUMENT_TOKEN_TO_BE_REPLACED

"Everybody riled me up and then nobody said anything to him and was sitting around the kitchen laughing with him."

Maura is having none of it, telling Amber "No, I was with Curtis, so don't blame me."

But Amber won't let it go. "Just because you thought it was so disrespectful what he said, so it would have been nice for you to say that to him."

Amber walks away, saying; "I've had everybody's back in here and I would expect the same from everybody else."

Yeah, we're not saying we're completely evil but this has us very excited for tonight's show.

Girls With Goals || Her · Ep.151: 'A Story Shared' - Aoife P. Rafter on blogging during a pandemic and living with CF
popular
Not petite or plus size? 4 'mid-size' style influencers you should follow on TikTok
Around the world: The most popular baby names in major cities across the globe
Netflix announces new true crime documentary series: The Vanishing At The Cecil Hotel
"The female gaze is brilliant:" Why Phoebe Dynevor is proud of Bridgerton's sex scenes
Katie Price moves son Harvey to residential college to give him a chance at an independent life
Someone has ranked the penis size of men from all over the world
Matt Czuchry says he knows who the father of Rory’s baby is on Gilmore Girls
You may also like
1 week ago
Did you spot this? Bridgerton's Claudia Jessie also starred in Line Of Duty
2 weeks ago
New series of Reeling In The Years to air on RTE this spring
2 weeks ago
"Calling new islanders": Love Island is now casting for next season
2 weeks ago
Here are some of the best movies on TV this Monday
2 weeks ago
14 TV shows that everyone is going to be talking about in 2021
2 weeks ago
Need something to watch? Here are some of the best movies on TV this Sunday
Next Page