So, on Monday night, Greg O'Shea and Amber Gill were named the winners of Love Island.

And obviously, the entire country cheered for the Limerick man.

END_OF_DOCUMENT_TOKEN_TO_BE_REPLACED

In fairness, he did us very proud (as did QUEEN Maura Higgins, in fairness!)

During the final episode, Greg read a poem that he wrote for Amber: "I'm going to keep this short and sweet, just like when we first came to meet.""Up in the Hideaway sheltered from the trouble, we instantly connected and formed our own little bubble…"

Amber in turn told Greg: "It would be fair to say that I've had quite a journey in the villa this summer. There have been so many highs and then some lows, but then along came Greg."

It was all very cute, and quite the surprise too, in fairness. 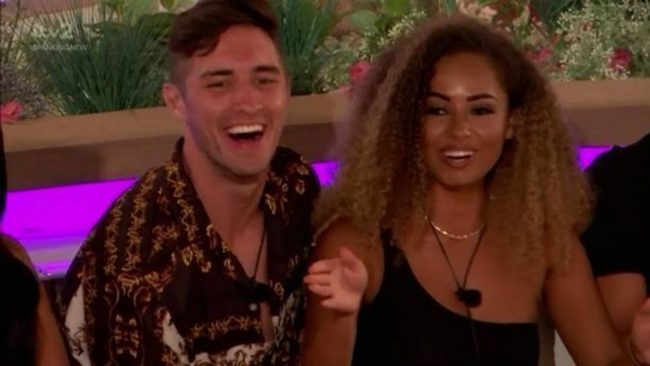 However, it seems as though Maura Higgins had a little bit of an issue with the winners.

Speaking about the face she made when the winners were announced, she told OK! Online:

END_OF_DOCUMENT_TOKEN_TO_BE_REPLACED

"Obviously I love Greg and Amber to bits, but I mean, it’s Love Island. Molly and Tommy have found love, it’s genuine love, and I was without a doubt shocked."

"I thought they had it in the bag."

Maura was asked if she thought Tommy and Molly-Mae should have won, and responded:

"Yes. It is Love Island, and they have found love."

Well, what do you think? Is she right?

popular
How to turn 20 days of annual leave into 50 days off
Richard Madeley under fire for comments about Kate Middleton's waist
Man arrested after woman raped on train as passengers filmed it
WATCH: The first trailer for Ozark Season 4 just dropped
70-year-old woman reportedly becomes first-time mum after welcoming baby boy
Police search for missing 4-year-old girl in Australian outback
Police launch investigation after woman "spiked with needle" in UK nightclub
You may also like
1 day ago
James Lock confirms relationship with Love Island's Megan Barton Hanson
6 days ago
Molly Mae Hague admits she's desperate for Tommy to propose
1 week ago
Jack Fincham says he attempted suicide after Love Island
2 weeks ago
Molly-Mae Hague needs a second surgery to treat her endometriosis
2 weeks ago
Love Island’s Jake reveals he no longer speaks to any of the girls from the villa
2 weeks ago
Love Island's Lucinda is officially back with Irish footballer Aaron Connolly
Next Page