First Dates was on last night.

It was pretty good, as First Dates tends to be - however last night's was significantly better than usually because Michael and Lorraine were on it.

Only the two most adorable and precious people on this planet, to be quite honest.

The pair met during last night's episode, had a bit of food, and enjoyed a swell time together.

Michael, who is the show's oldest ever dater at 81, was a seminarian when he was in his 20s before eventually becoming a gardener and a teacher. 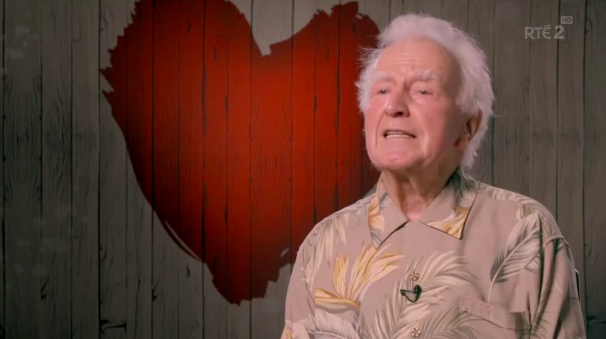 He told Lorraine that now, after all these years, he's looking for that special someone to share his time with - baking, listening to pop music, and enjoying a bit of gardening too.

“I’m hardly ever depressed because I won’t allow it to happen," he said. 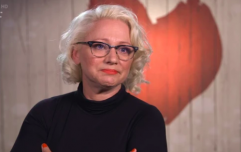 END_OF_DOCUMENT_TOKEN_TO_BE_REPLACED

“I even tell myself from time to time ‘I’m not lonely’, but I live by myself so I’m a loner dude. But it’s kind of too much to do everything yourself.

Lorraine, aged 75, lost her husband a few year back, and was also on the look out for somebody to hand out with. 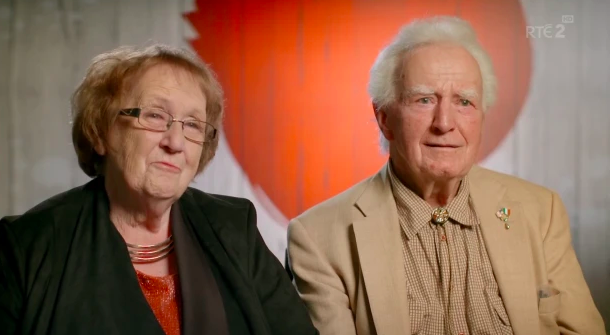 After the date, she said that she and Michael had a "natural connection" and that she was absolutely interested in seeing him again.

Michael clearly felt the same way because the pair have spent a bit of time together since the show aired.

Lorraine told RTÉ Entertainment that she applied for the show "on the spur of the moment."

"I'd watched the show but I'd never given any consideration to the process of applying", she said.

"I had bought Senior Times magazine because I wanted to read a review of a book we [her writer's group] had published, and at the bottom of the review there was the advert for First Dates Ireland so I thought why not give it a lash!"

popular
“The cancer is gone!”: Daniel O’Donnell Reveals that Wife Majella is on the Road to Recovery
Alex and Ani have released a Friends collection and could we BE any more excited?
Boyzone's Keith Duffy set to for the next I'm a Celeb Get Me Out of Here
Get Out has officially dropped on Netflix and we know what we're watching tonight
"80% of my body was covered:" LeAnn Rimes on life-long Psoriasis battle
Apparently, the film 'Rudolph the Red-Nosed Reindeer' encourages bullying
Gwen Stefani reportedly pregnant with baby number four
You may also like
8 months ago
First Dates Ireland are looking for single people to take part in the next season of the beloved show
1 year ago
First Dates contestant says she was catfished by her 'best friends'
1 year ago
First Dates couple Elan and Cindy have gotten engaged
1 year ago
First Dates contestant lies to date about winning £100k and nah, not having it
1 year ago
'I'm wary about giving my all' Domestic abuse survivor inspires hope on First Dates Ireland tonight
1 year ago
Phil from Tallafornia is going on First Dates... again and ah, god
Next Page