Mj Rodriguez is making history, the Pose star is the first ever trans woman to get an Emmy nomination for a lead role.

Speaking to EW, the actress told them she was fighting for representation in the industry, and for the final season of Pose, she wanted to be recognised for it. 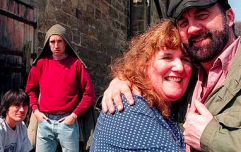 END_OF_DOCUMENT_TOKEN_TO_BE_REPLACED

So when it came to the Emmy nominations, they definitely backed her on this one as she was revealed to be one of the six nominees for Outstanding Lead Actress in a Drama Series.

Not only this, but the show itself made history with the highest number of series regulars for trans actors.

Rodriguez isn't the first trans person to ever be nominated for an Emmy, with Laverne Cox winning Outstanding Guest Actress in 2014 and Scott Turner Schofield, Rain Valdez and Rowin Amone both being nominated in 2020.

But she is the first to be nominated in a lead role, so it's definitely something worth celebrating.

"Michaela Jaé (Mj) Rodriguez's Emmy nomination for Outstanding Lead Actress in a Drama Series is a breakthrough for transgender women in Hollywood, and a long-overdue recognition for her groundbreaking performance over the past three seasons of Pose," GLAAD President and CEO Sarah Kate Ellis said in a statement. 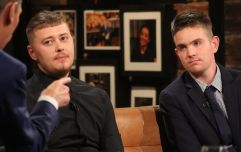 END_OF_DOCUMENT_TOKEN_TO_BE_REPLACED

Billy Porter was also nominated for Lead Actor in a Drama Series, after winning back in 2019 for his role in Pray Tell.

"As over 40 leading LGBTQ organizations pointed out in our open letter about Pose to Emmy Award voters, representation matters. Congratulations, Michaela Jaé, Billy Porter, and the entire Pose team - the world is standing with you and applauding your talents."