Katya and comedian Seann were caught by paparazzi sharing a kiss on the street.

The photo caused a scandal and the pair were eliminated from the competition weeks later.

Neil, who also appeared on the series, told Hello! that he had moved past the drama.

“I can accept people make mistakes," the 36-year-old said. 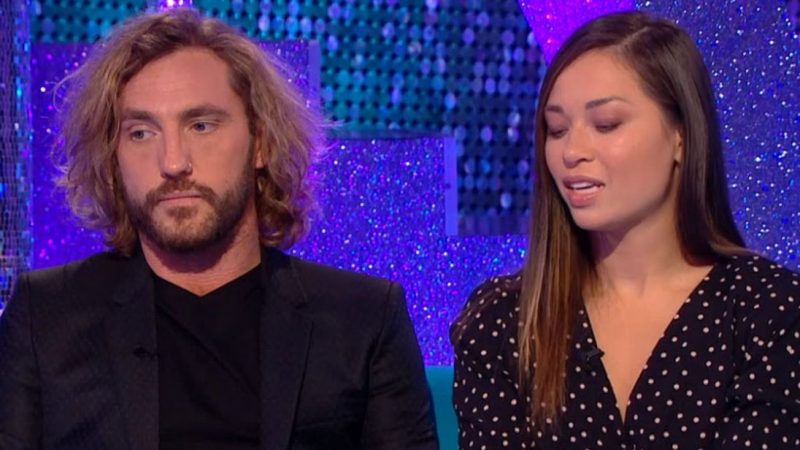 “So that is how it always is for me.”

Katya, 29, meanwhile told the magazine that the online backlash to the scandal had a big effect on her.

"We knew we just had to sort it out ourselves.

It was quite shocking to be suddenly so exposed and everyone has an opinion on it but we just wanted to focus on us.

“My first thought was for Neil.

“I look at everything as a massive learning process. But actually drop by drop, people typing horrible and unkind things about you, does affect you.

“The hate I felt made me very sad. Neil told me, ‘Stop reading, stop looking’.

“I knew I had to focus on what I do best, my dancing, my choreography, my job to the best of my ability.”

Seann also had a long-term girlfriend, Rebecca Humphries. She broke up both him when the photographs of the kiss were published.

popular
Paul Mescal wore O'Neill's shorts while carrying cans of pink gin so I bought O'Neill's shorts and cans of pink gin
Women and girls struggling with access to period products during #Covid-19, research shows
This amazing hanging egg chair is coming into Aldi next week and go, go go (but safely)!
5 reasons why we need more videos of Doireann Garrihy's new puppy immediately
After days of silence, Scott and Sofia finally comment on the break up rumours
Her Quarantine Quiz Week 9: Iconic Irish music videos
Cristiano Ronaldo has been called 'racist' for his latest Instagram post
You may also like
4 days ago
'That’s the most honest answer': Skeet Ulrich reveals why he is leaving Riverdale
3 weeks ago
QUIZ: How well do you remember the first season of It's Always Sunny in Philadelphia
3 weeks ago
QUIZ: Can you name these Rick and Morty side characters from their picture?
3 weeks ago
QUIZ: How well do you remember The Inbetweeners?
3 weeks ago
Paul Mescal 'incredibly proud' of sex scenes in Normal People despite criticism
1 month ago
QUIZ: Can you guess the TV series from the intro lyrics?
Next Page