Netflix is having NONE of you thirsting over Ted Bundy, the literal necrophilic serial killer

"He was hot in the electric chair."

END_OF_DOCUMENT_TOKEN_TO_BE_REPLACED

And it was his good looks that he used to lure young women to their deaths, that charm he used to entice people into his car, and those piercing blue eyes he used to misguide victims into thinking that they were safe in his presence.

Anyone who has watched Netflix's The Ted Bundy Tapes documentary will know that this was, in fact, not the case. 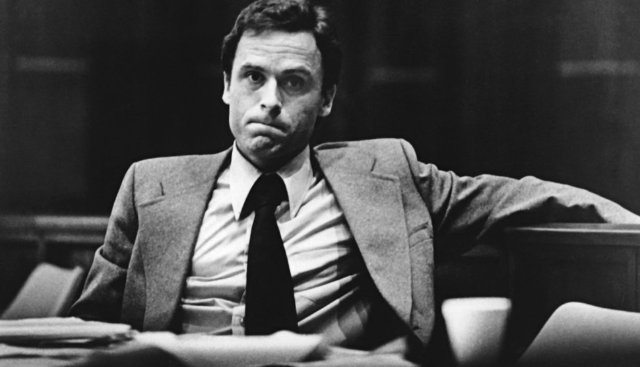 Bundy murdered upwards of 30 young women in the 1970s across multiple US states.

In some cases, he decapitated them. In others, he engaged in necrophilia. In most, he raped them before eventually killing them and dumping their bodies in the woods.

He was one of the world's most horrific serial killers - so yeah, thirsting over him is not acceptable. Sorry.

Thankfully, Netflix understand this and they have issued a response to the hundreds (Jesus, maybe even thousands) of people who have been tweeting them about hot Ted Bundy this week.

"I've seen a lot of talk about Ted Bundy’s alleged hotness" they said, "and would like to gently remind everyone that there are literally THOUSANDS of hot men on the service — almost all of whom are not convicted serial murderers."

The sentiment was then echoed by Netflix UK and Ireland, who urged people to fancy people who don't commit crime instead. 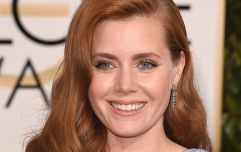 END_OF_DOCUMENT_TOKEN_TO_BE_REPLACED

This comes just a few days after the trailer for the upcoming feature film about Bundy's capture and eventual death was released.

Starring Zac Efron as Bundy, Extremely Wicked, Shockingly Evil and Vile, documents the serial killer's life, his murders, and the trial that saw him sent to the electric chair.

Viewers have expressed concern that the movie might focus too heavily on Bundy's notoriety and not enough on the women he killed.

The film is due for release later this year.

Girls With Goals || Her · Ep.156: 'Beauty Returns' - Rebecca O'Keeffe is BACK and we're talking about viral beauty trends
popular
Palace source says THIS incident on the tour of Australia upset Meghan's staff
Tried and tested: I tried the viral TikTok mascara hack to see if it really works
Here's the average age people lose their virginity around the world
"I have a name:" Nicola Coughlan wants us to stop talking about actors' weight
Why Are Men so Obsessed With Boobs? The Answer is Pretty Surprising...
Staff working at Kensington Palace have a VERY harsh nickname for Meghan Markle
If you constantly have a cold nose, this could be the reason why
You may also like
2 weeks ago
Simone Ashley cast in lead role for Bridgerton season 2
2 weeks ago
Bridgerton star Regé-Jean Page spotted with footballer girlfriend Emily Brown
2 weeks ago
QUIZ: How well do you remember Angus, Thongs and Perfect Snogging (the movie)
3 weeks ago
The Vanishing at the Cecil Hotel lands on Netflix today
3 weeks ago
Michelle Obama is launching a children's cooking show on Netflix
1 month ago
Selling Sunset season 4 is coming to Netflix this year, apparently
Next Page