We're getting more series of The Watcher, as well.

Despite being branded as insensitive by many viewers, Netflix has confirmed that there will be two more seasons of the Monster series.

The first series, titled Dahmer – Monster: The Jeffrey Dahmer Story, landed on the streaming platform this summer. It told the story of real-life series killer Jeffrey Dahmer, who murdered 17 men and boys between 1978 and 1991.

END_OF_DOCUMENT_TOKEN_TO_BE_REPLACED

Now, Netflix is extending its Monster universe, with two more instalments focused on other serial killers.

As Collider reports, Netflix's Head of Global TV Bela Bajaria announced teased the future of the series in a statement, which also promised additional series of The Watcher.

Bajara's statement read: "Audiences can't take their eyes off ‘Monster’ and 'The Watcher'. The creative team of Ryan Murphy and Ian Brennan on Monster along with Eric Newman on 'The Watcher' are masterful storytellers who captivated audiences all over the world.

"The back-to-back force of these two series is due to Ryan’s distinct original voice which created cultural sensations and we are thrilled to continue telling stories in the Monster and Watcher universes." 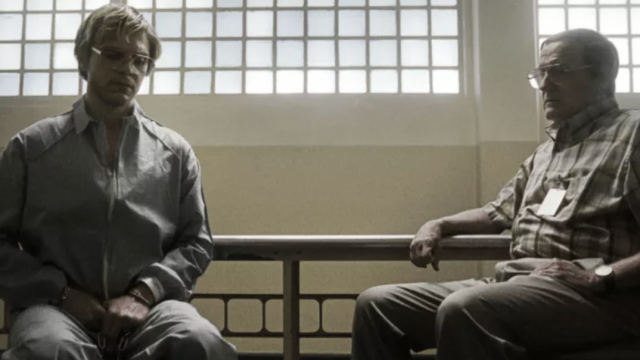 END_OF_DOCUMENT_TOKEN_TO_BE_REPLACED

The Watcher also landed on Netflix this summer, and the first season, which stars Jennifer Coolidge and Naomi Watts, follows the story of a family who are stalked after moving into their dream home.

Dahmer, which starred Evan Peters in the titular role, is one of Netflix's most-watched shows of all times, having accumulated over 900 million viewing hours. However, it has also been criticised for its coverage of real people and real events, with many of Dahmer's victims' families speaking out, and saying that the series has re-traumatised them.

Shirley Hughes' son Tony was murdered by Dahmer in 1991. She has criticised Ryan Murphy's TV show, telling The Guardian that the real life events "didn't happen" as they were portrayed on the series. She also stated that the programme was made without the permission of any of the victims' families.

END_OF_DOCUMENT_TOKEN_TO_BE_REPLACED

Eric Perry, who is cousin of Errol Lindsey, has also spoken out. Lindsey was killed by Jeffrey in his apartment in 1991, and his cousin has said that the show was made without the permission of the families.

On Twitter, he wrote: "To answer the main question, no, they don’t notify families when they do this. It’s all public record, so they don’t have to notify (or pay!) anyone. My family found out when everyone else did... I’m not telling anyone what to watch, I know true crime media is huge rn, but if you’re actually curious about the victims, my family (the Isbell’s) are pissed about this show. It’s retraumatizing over and over again, and for what? How many movies/shows/documentaries do we need?"

popular
Bride asks for divorce day after wedding following groom's disrespectful cake stunt
Natalie Imbruglia's Torn is actually a cover and the original just isn't the same
Head of dive squad searching for Nicola Bulley thinks 'something's not right'
Gwen Stefani reportedly pregnant with baby number four
Tributes paid following tragic death of Emma Pattison and her family
Here's why Nicola Peltz-Beckham's family are suing her wedding planners
Has the Call Her Daddy podcast just pulled the best marketing stunt of all time?
You may also like
3 weeks ago
WATCH: The trailer for Pamela Anderson's Netflix documentary is here
1 month ago
All of the new Netflix movies and shows arriving in January
1 month ago
Netflix fans left on the verge of 'throwing up' and issue warning about 'upsetting' dog movie
1 month ago
Netflix teases UK version of Selling Sunset to begin next year
1 month ago
Check out the first look at Netflix's Pamela Anderson documentary
1 month ago
Royal family sources claim they were not contacted by Netflix about Harry & Meghan
Next Page