OK, so we're already pretty darn excited about the release of Martin Scorsese's The Irishman on Netflix.

And now the true immense scale of the project has been revealed: the streaming giant is to splash the cash, spending a cool $105m (€96.5m) on the flick.

Due to be unveiled in 2019 (still a bit of a wait, so) the cast is the very definition of all-star: Robert De Niro, Al Pacino, Joe Pesci and Harvey Keitel. Mr Scorsese himself will be both in front of and behind the camera.

END_OF_DOCUMENT_TOKEN_TO_BE_REPLACED

Various members of this iconic group of actors have previously been involved in the likes of The Godfather, The Departed, Casino, Goodfellas, and Pulp Fiction.

However, The Irishman - based on a book, I Hear You Paint Houses, by Charles Brandt - will be the first time that De Niro, Pacino, Pesci, Keitel, and Scorsese have starred on screen together.

The movie will tell the story of one Frank 'The Irishman' Sheeran (Robert De Niro), a 6ft 4in mob hitman who was born in Philadelphia of Irish descent. He died of cancer in 2003 at the age of 83. 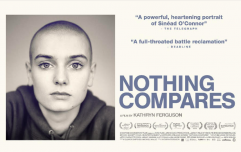 END_OF_DOCUMENT_TOKEN_TO_BE_REPLACED

It is being reported that Netflix kicked off negotiations with Mr Scorsese after Paramount Pictures concluded that the project was high risk.

A Paramount spokesman explained: "Scorsese’s movie is a risky deal, and Paramount is not in the position to take risks. This way, he can make the project he wants."

$105m is certainly a lot of money to recoup, but GQ has already stated that the decision marks "the death of cinema".

popular
Adam Collard responds to claims he cheated on Paige Thorne
Woman who 'fell off' rollercoaster ride is identified
Ellie Simmonds targeted by online abuse following Strictly debut
Corrie actress Lucy Fallon pregnant after miscarriage heartache
WATCH: First look at Netflix's YOU season 4
Netflix's true crime series Sins of our Mother is seriously insane
Alec and Hilaria Baldwin welcome their seventh child
You may also like
2 weeks ago
Netflix reveals full list of scary shows and movies arriving between now and Halloween
3 weeks ago
What we know so far about Lindsay Lohan's Irish film
4 weeks ago
Cinemas across Ireland to celebrate National Cinema Day with €4 tickets
2 months ago
NOW announces large price reduction to its monthly membership
3 months ago
Netflix CEO confirms adverts are coming to the service
3 months ago
WATCH: The first trailer for Blonde, the first adults-only movie made by Netflix
Next Page