The new bombshells go dating tonight, and some couples may be in trouble

Last night's episode of Love Island saw the arrival of four bombshells into the villa – Jamie, Reece, Nathalia and Lacey – and tonight will see them get to know the other contestants a little better.

As Davide takes Lacey and Nathalia on a tour of the villa, Reece pulls Ekin-Su for a chat, telling her: "You intrigue me, that’s why I wanted to speak to you first." In the meantime, Lacey gets to know Davide and Deji, and they all agree that they fall for others quickly, but then get bored at a similar pace.

END_OF_DOCUMENT_TOKEN_TO_BE_REPLACED

Jamie then has a chat with Danica, and lets her know that she is the girl he wants to get to know the most. 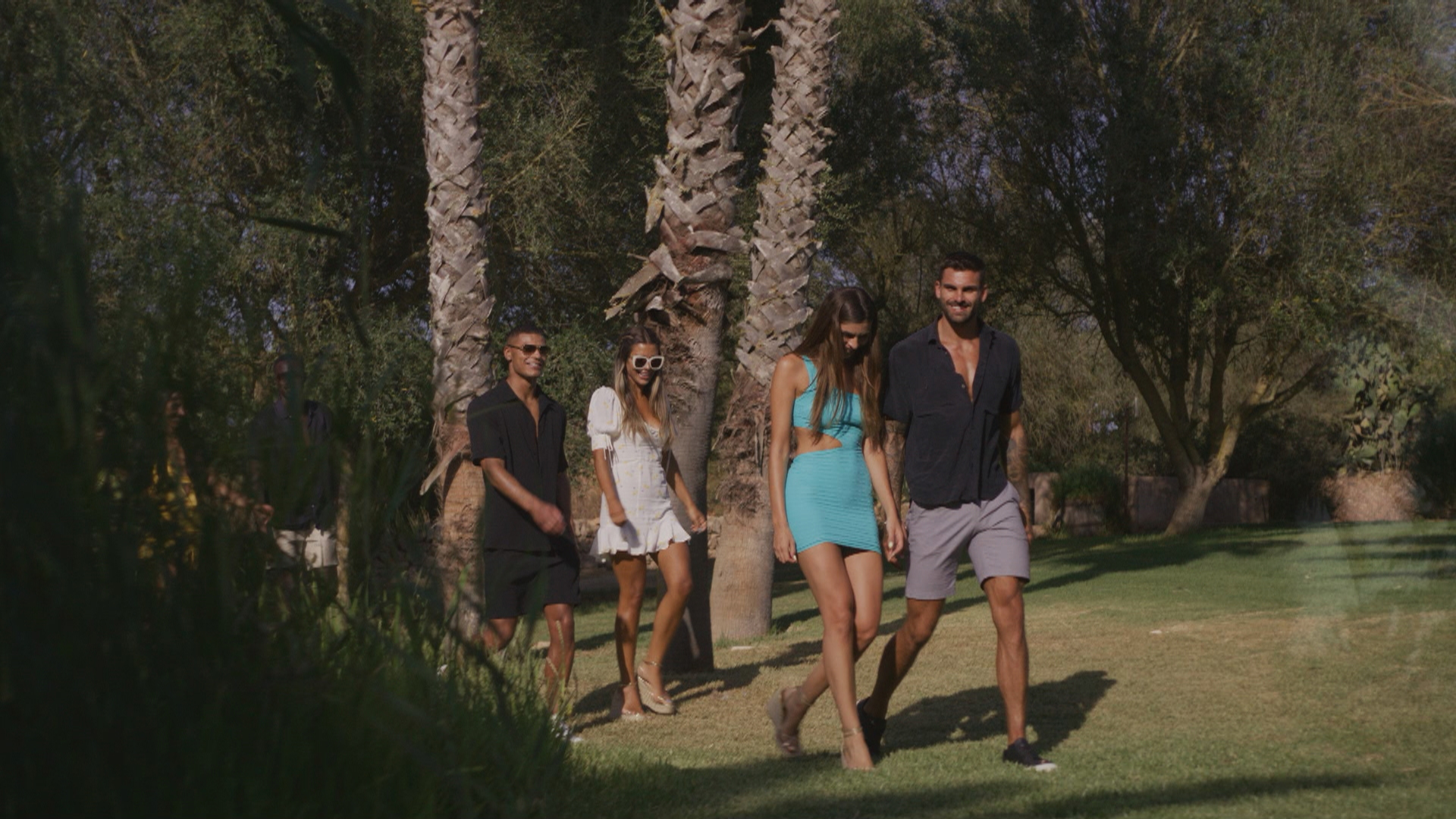 It's then bombshell Nathalia's turn to select three islanders for a kiss, which is bound to ruffle a few feathers, while another islander performs a pole dance around Adam.

END_OF_DOCUMENT_TOKEN_TO_BE_REPLACED

The next morning, the bombshells head off on their first dates. Lacey picks Deji, Nathalia chooses Adam, Jamie picks Danica and Reece selects Ekin-Su, which prompts Deji to tell him that he's "got balls".

Davide, however, says he feels "calm and chill", and that he doesn't see any competition.

After Adam's date with Natahalia, he pulls Paige for a chat by the fire-pit, he shares how it went. It also appears that there is something he wants to chat to Paige about, but it's not clear what that is exactly.

popular
Fans unimpressed with the Love Island reunion
Weather advisory issued as temperatures in Ireland set to soar again
Tasha's dad responds to Jacques' Instagram video
Lauren Goodger assaulted and taken to hospital after baby girl's funeral
The man who voiced Pingu is NOT what we expected
Everything we know about the Love Island reunion
Everything you need to know about Netflix's "I Just Killed My Dad"
You may also like
1 week ago
There's massive flaws in the Virgin River timeline – and we can't unsee them
1 week ago
Group of screaming, crying islanders set to enter Love Island tonight
2 weeks ago
Multiple islanders are set to leave the villa tonight
2 weeks ago
Virgin River fans have a brand new theory about Charmaine's babies
2 weeks ago
Love Island producers to launch middle-aged spin-off for Mums and Dads looking for romance
3 weeks ago
WATCH: The trailer for The Handmaid's Tale season 5 is here
Next Page