A new house will be introduced on Gogglebox Ireland tomorrow

The lads from Louth will make their debut on Gogglebox Ireland.

With the returns of Gogglebox Ireland sees the addition of a new household from Louth. Three friends will be introduced in tomorrow night's episode.

Best friends Michael (25), David (24) and Gerry (25) all live within five minutes from each other in the Cooley Peninsula in County Louth and will gather together each week to recap on the TV highlights. 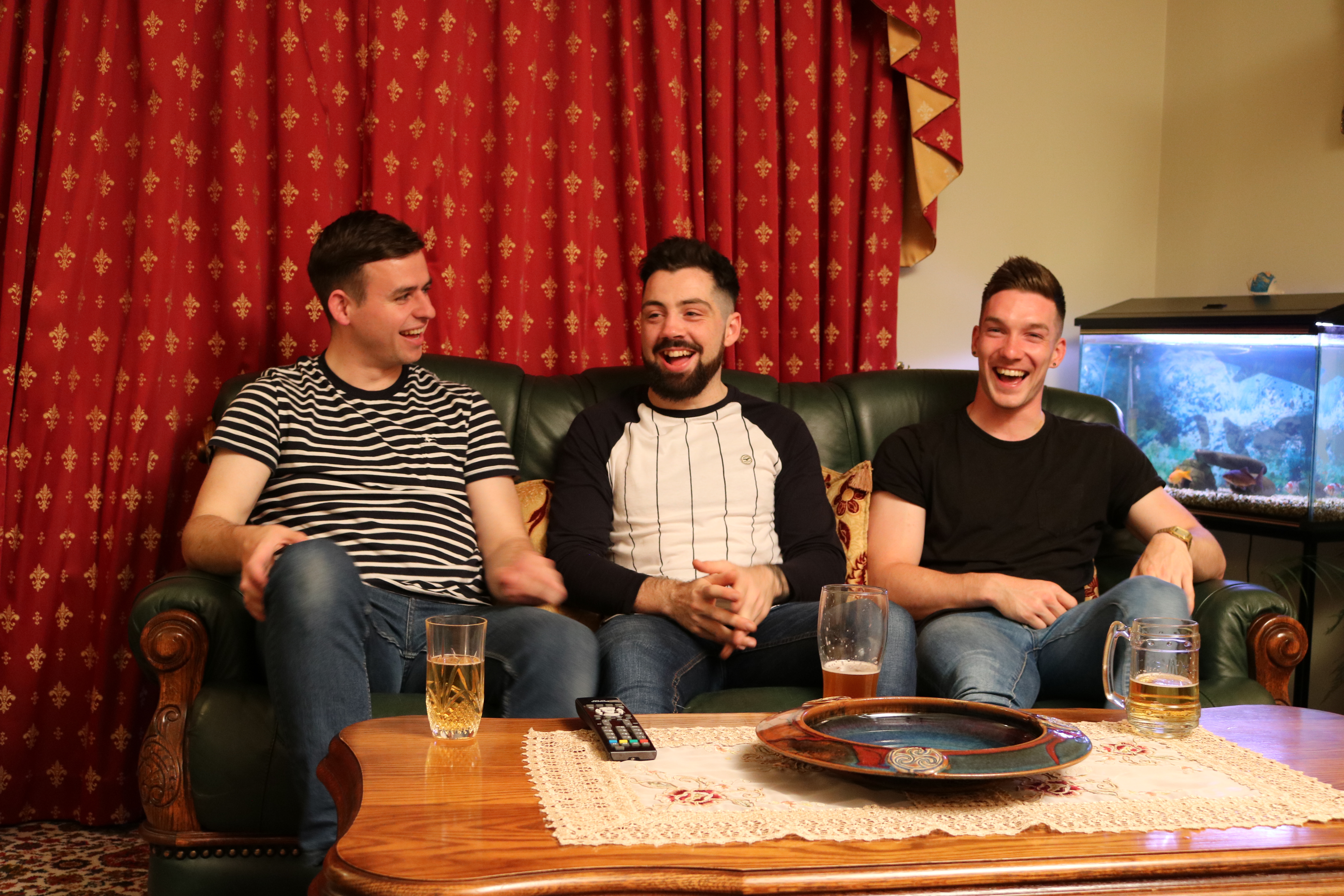 END_OF_DOCUMENT_TOKEN_TO_BE_REPLACED

The trio grew up together, having gone to the same primary and secondary school but then went their separate ways for college. Michael studied Electronic Engineering and now works as a sales rep, David went to DIT Dublin, moved to France for a year and now works as a software expert and Gerry is a personal trainer.

They're inviting us to witness their weekly lads night in as they catch up on their favourite TV shows in Gerry’s parents’ house.

According to the folks at Gogglebox Ireland, the lads rarely agree on what to watch on TV but they all enjoy First Dates and The Simpsons, often quoting phrases from the series when together.

popular
Father took daughter to hospital three times before she died of Strep A
Tom Parker's wife suffers more heartbreak just nine months after husband's death
Fans are feeling seriously sorry for Molly Mae Hague after resurfaced interview
He may be a politician, but Leo Varadkar's personal life is none of our business
Here are our top picks from this week's Lidl Toy Event
Joanna Cooper reveals when she's officially tying the knot with Conor Murray
Dundalk restaurant offer free Christmas dinner to those in need for third year running
You may also like
4 weeks ago
The Crown stars hit the red carpet for season 5 premiere
4 weeks ago
WATCH: The trailer for Dead to Me is here
1 month ago
Netflix reveals full line-up of new shows and movies arriving in November
1 month ago
The trailer for Firefly Lane season two is here
1 month ago
Netflix to crack down on password sharing soon
1 month ago
The Strictly Come Dancing 'mole' drama explained
Next Page