A closer look at the final days of the original 'It' girl.

Marilyn Monroe was the subject of public fascination during her life - a fascination that only deepened after her passing.

Her death was ruled a probable suicide but prompted intrigue and conspiracy theories that have endured for over 50 years.

Now a new drama series will look at the six months of her life before her passing.

The Last Days of Marilyn Monroe is being developed for the BBC by writer Dan Sefton and producer Simon Lupton.

In a move that's sure to resonate with modern audiences, it'll hone in on Marilyn's relationships with the male forces in her life - Hollywood executives and top Washington politicians. 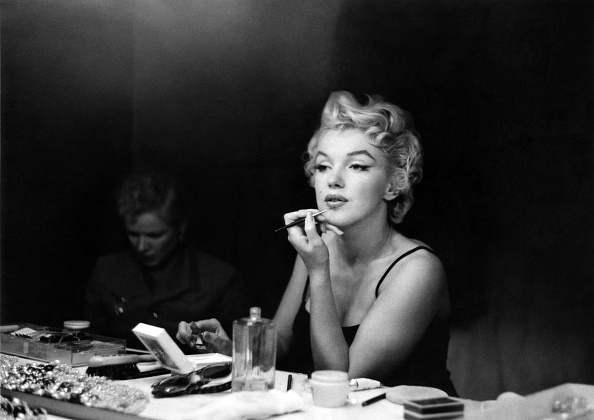 It will tackle "big themes such as power, love, loyalty and politics," according to BBC Studios' Anne Pivcevic.

END_OF_DOCUMENT_TOKEN_TO_BE_REPLACED

"Marilyn's desire to be taken seriously as an actress and her battle with the powerful men who control the studio system is sadly as relevant today as it ever was."

It's not clear when the series will hit screens or who will play the lead role but we do know that her story is guaranteed to make for a compelling watch.

Marilyn, raised in foster homes and orphanages, broke into the mainstream in some of the biggest films of the 1950s - but it was her personal life that would come to define her in the public imagination.

The star struggled with her mental health and substance abuse throughout her life.

She was married three times and was also romantically linked to some of the most high-profile men of her age, including Frank Sinatra and US president John F. Kennedy.

popular
Paul Mescal wore O'Neill's shorts while carrying cans of pink gin so I bought O'Neill's shorts and cans of pink gin
This amazing hanging egg chair is coming into Aldi next week and go, go go (but safely)!
After days of silence, Scott and Sofia finally comment on the break up rumours
Patrick Dempsey Denies He Was Fired From Grey's Anatomy For Having An Affair With Intern
Amy Schumer reveals that her husband Chris Fischer has autism spectrum disorder
5 reasons why we need more videos of Doireann Garrihy's new puppy immediately
Someone has ranked the penis size of men from all over the world
You may also like
3 days ago
'That’s the most honest answer': Skeet Ulrich reveals why he is leaving Riverdale
3 weeks ago
QUIZ: How well do you remember the first season of It's Always Sunny in Philadelphia
3 weeks ago
QUIZ: Can you name these Rick and Morty side characters from their picture?
3 weeks ago
QUIZ: How well do you remember The Inbetweeners?
3 weeks ago
Paul Mescal 'incredibly proud' of sex scenes in Normal People despite criticism
1 month ago
QUIZ: Can you guess the TV series from the intro lyrics?
Next Page