OK, we'll admit, we feel like we need a new TV show.

While the likes of Riverdale is keeping us going (sometimes), it's sporadic breaks are really getting on our nerves (what happens to Archie?? Is he in jail? Is he a serpent?! And what about Bughead?).

But anyway, this new show is a mix of Riverdale, Gossip Girl and Pretty Little Liars all rolled into one.

Yep, the creators of Riverdale have made a new series called You and it stars Penn Badgley a.k.a. Dan Humphries, as well as Shay Mitchell a.k.a. Emily Fields.

Looking at the trailer, it's as dark as PLL, but with a air of Gossip Girl as the main role is played by a very Serena van der Woodsen-esque character.

Lifetime describe the premiere series as: "'What would you do for love?' When a brilliant bookstore manager crosses paths with an aspiring writer, his answer becomes clear: anything. 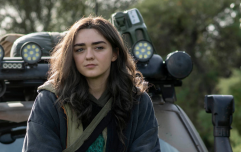 END_OF_DOCUMENT_TOKEN_TO_BE_REPLACED

"Using the internet and social media as his tools to gather the most intimate of details and get close to her, a charming and awkward crush quickly becomes obsession as he quietly and strategically removes every obstacle–and person–in his way."

It's very creepy and weird, and you can watch the trailer here:

The series aired in the US on September 9, and according to numerous sources it's coming to Netflix soon. We have reached out to get a date on the airing in the UK and Ireland, so fingers crossed we'll know soon.

popular
Kitchen Crusade: Two ingredient Nutella cake... or chocolate omelette, whichever
It's staycation time! WIN a two-night stay and dinner in a Select Hotel of your choice
"I never thought it would be cancer": Stage 4 melanoma patient recalls receiving her diagnosis
Live news interrupted by someone's child... again!
Here's what happens on every day of your menstrual cycle (roughly)
Tributes paid to Dr Tony Holohan as he steps back from role to care for wife
Can you spot the real Donald Trump tweets among these equally ludicrous fake ones?
You may also like
4 months ago
Sky release trailer for 'I Hate Suzie' - a new drama looking at the aftermath of revenge porn
8 months ago
The first look at Netflix's Christmas romantic comedy Holiday In The Wild is here
9 months ago
WATCH: Margot Robbie's Harley Quinn ruffles feathers in the first trailer for Birds of Prey
9 months ago
WATCH: Armie Hammer and Dakota Johnson are pushed to the edge in chilling new film Wounds
9 months ago
The first trailer for Looking for Alaska is finally here and we're already hooked
9 months ago
Emilia Clarke sings Wham! classic in new trailer for holiday rom com Last Christmas
Next Page